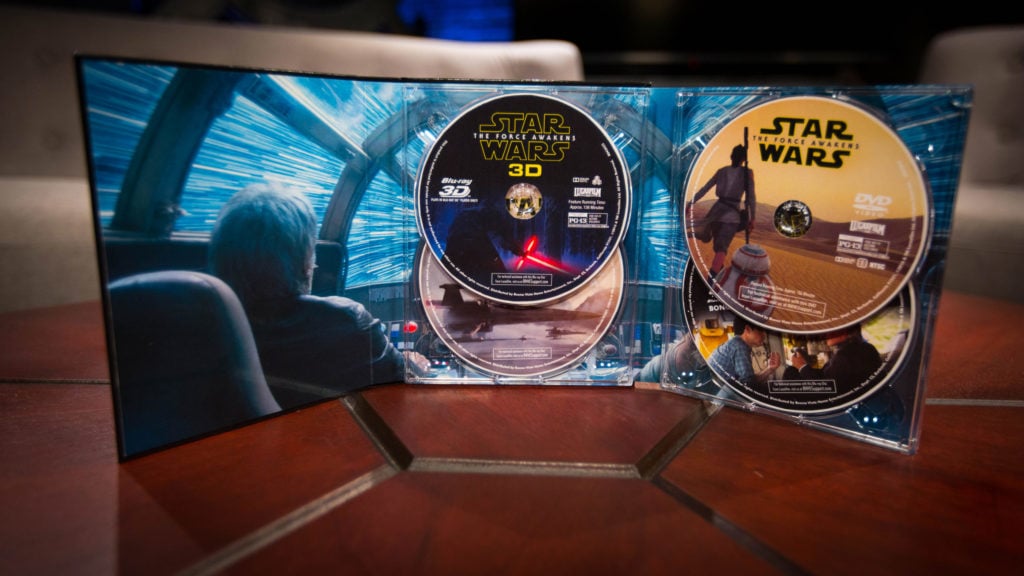 A “Collector’s Edition” version of Star Wars Episode VII: The Force Awakens, featuring 3-D, audio commentary, and new deleted scenes is officially in the pipeline – and best of all, you’ll be able to get your hands on it just in time for Rogue One.

Before we get into the finer details of what’s included in the 4-disc set, the French Star Wars Twitter has shared an image of what the interior of the box will look like (thanks to Le Jedi Lorain):

We received a press release from Disney Home Entertainment regarding the updated re-release of the movie. It reads as follows:

Fans can fully immerse themselves in “The Force Awakens” through breathtaking 3D, new bonus features and collectible packaging!

(August 10, 2016) — This fall, Star Wars fans around the world, will experience a galaxy far, far away—up close and in eye-popping 3D—through the highly anticipated “Star Wars: The Force Awakens” 3D Collector’s Edition, rolling out beginning Oct. 31 and arriving in the United States and Canada on Nov 15.

Upon its debut last December, “Star Wars: The Force Awakens” received rave reviews from both critics and audiences, and shattered box office records with over $936 million domestic and $2 billion worldwide. The film has since been nominated for five Academy Awards® and took home the BAFTA Award for Special Visual Effects. “The Force Awakens” re-ignited the Star Wars franchise and fans eagerly await the next installment, arriving in theaters Dec. 2017, as well as the first in a series of standalone films, “Rogue One: A Star Wars Story,” premiering on Dec. 16, 2016. 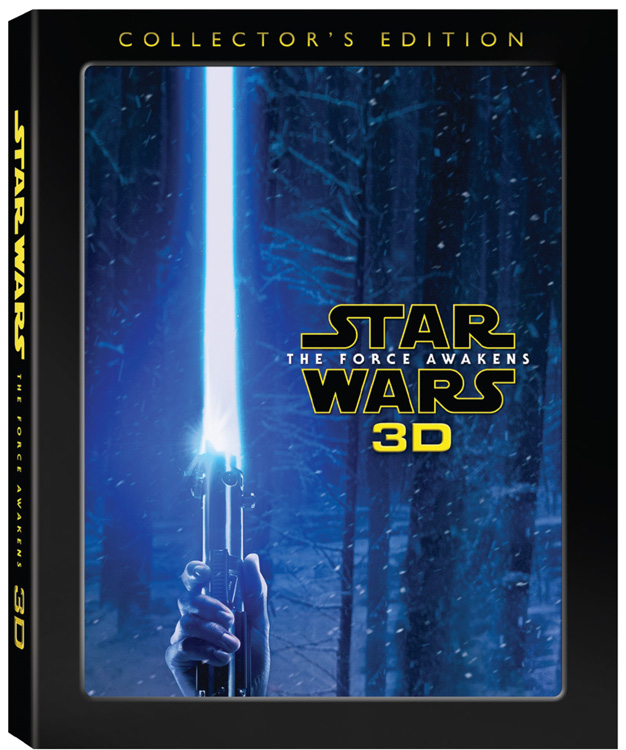 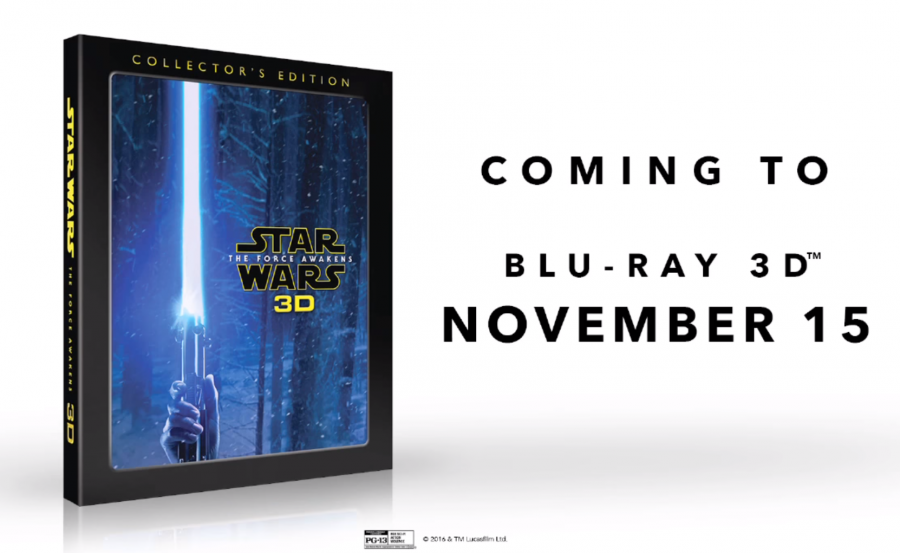 Having established a musical legacy with his iconic scores for the previous six films in the Star Wars saga, acclaimed composer John Williams returned to score “Star Wars: The Force Awakens,” ultimately garnering his 50th Oscar® nomination for it.

And here’s the official post on StarWars.com with some nice images.