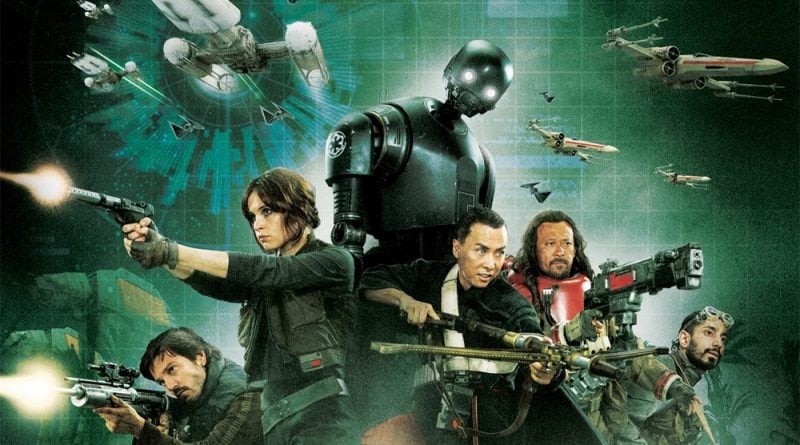 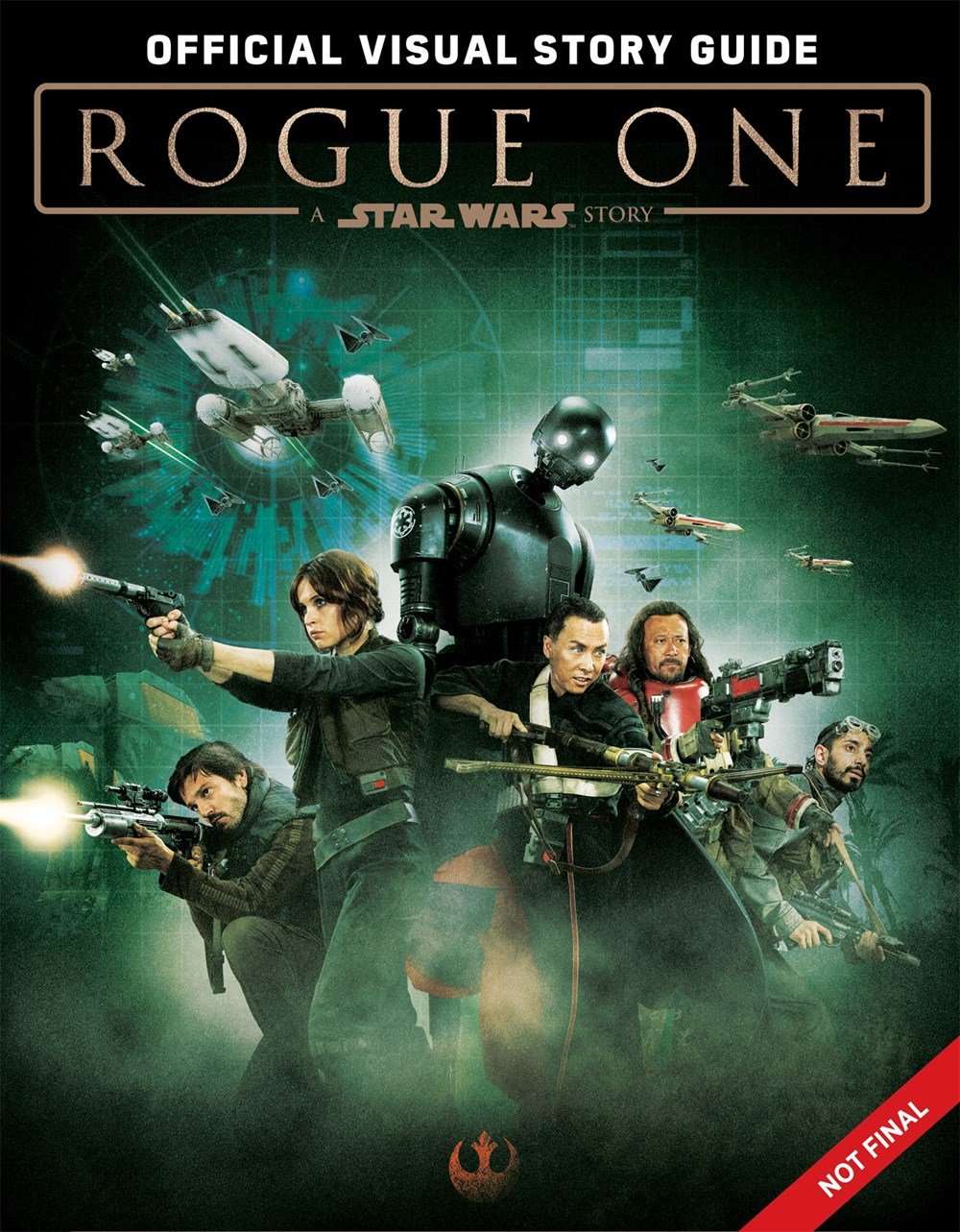 Huge news!!! The guys from JediBibliothek found a new listing on the Edelweiss catalog with the book “The Official Visual Story Guide” from the movie Rogue One: A Star Wars Story. There are lots of photos and descriptions, some of which might be considered spoilerific. We’re not sure if this listing was intentional, and that this info was intended to be known before the movie’s release so proceed on your own risk…

Lucas Films proudly presents the official companion book to this fall’s most anticipated release of Star Wars Rogue One. Featuring never-before-seen interviews, images and teasers from this major motion picture. Experience all the thrills with detailed, in-depth character profiles, iconic vehicles, weaponry and droids you’ve been looking for. Featuring 160 pages of action-packed photos and content, this official Lucasfilm collector’s book is a must-have for every Star Wars fan.

Here are the character names extracted by JediBibliothek from the images:

Felicity Jones plays Jyn Erso, a gifted soldier and warrior.
Diego Luna plays Captain Cassian Andor, an officer in the Rebel Alliance
Jiang Wen plays Baze, a freelance assassin
Alan Tudyk plays the CGI figure K-250, a Vollstreckerdroide and evidently an imperial model, but teams up with the rebels.
Riz Ahmed plays Bodhi, a rebel soldier.
Pao, an alien who is described as “fierce warrior”.
Donnie Yen plays Chirrut, a spiritual warrior.
Bistan, another alien who is described as “fierce warrior”.
Ben Mendelssohn as director Krennic, the military director of the Empire, to defend the Galactic Empire against the theft of Mission rebels. 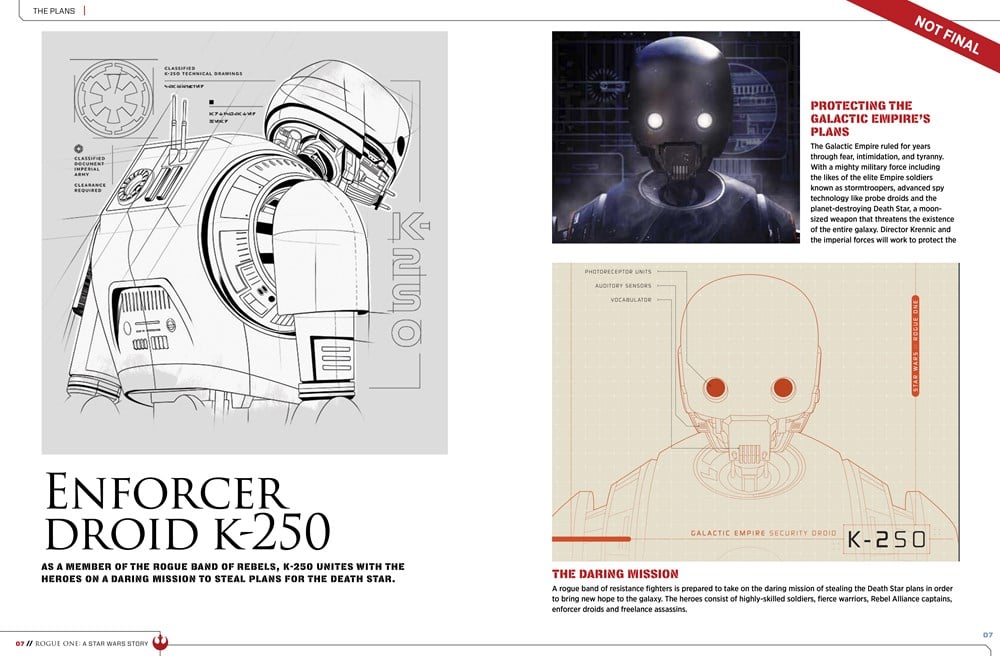 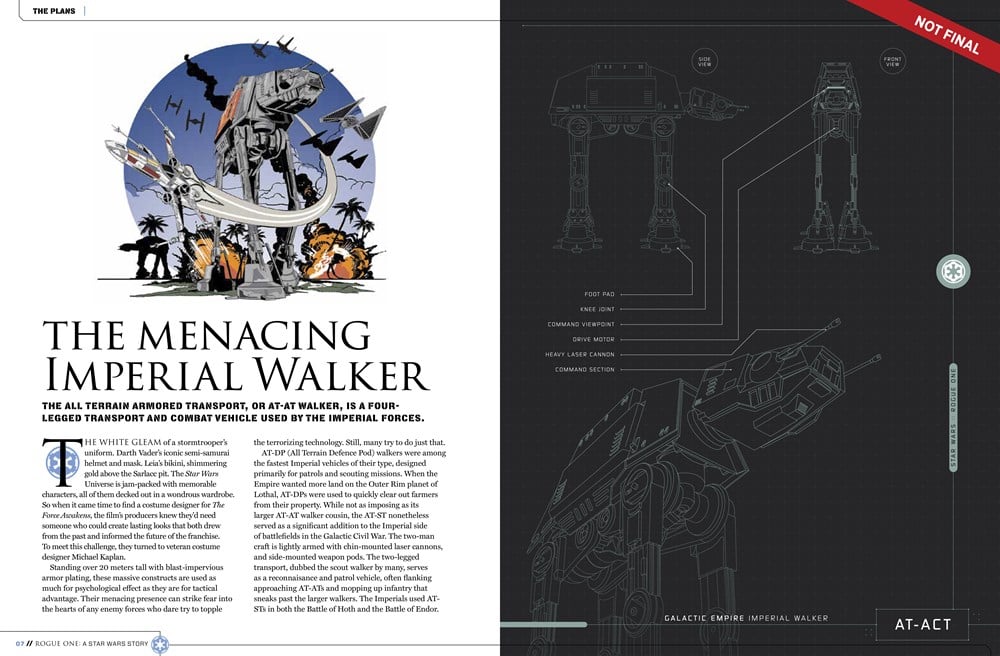 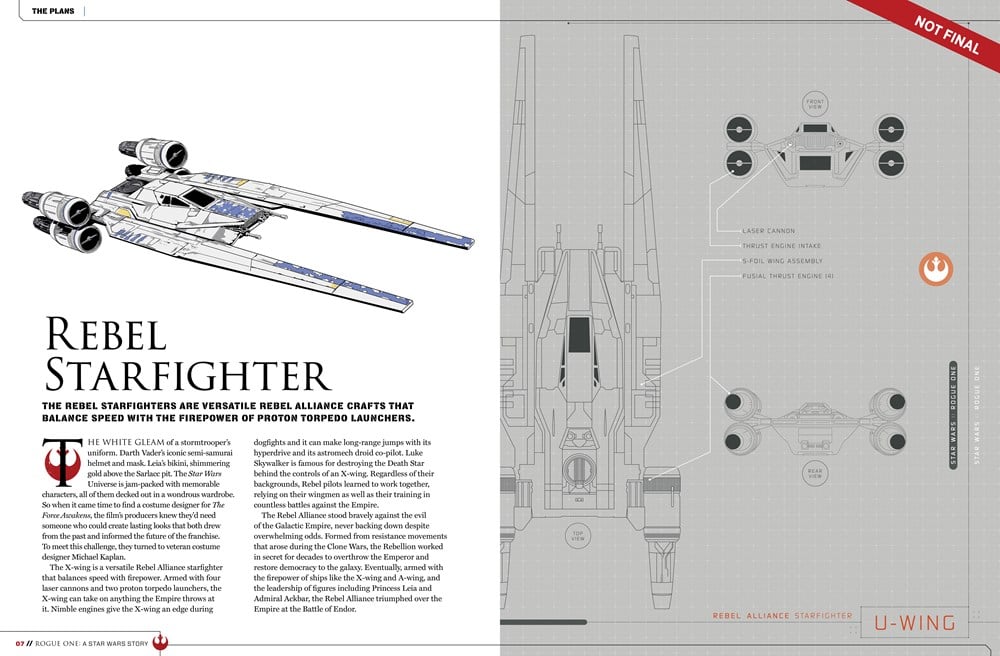 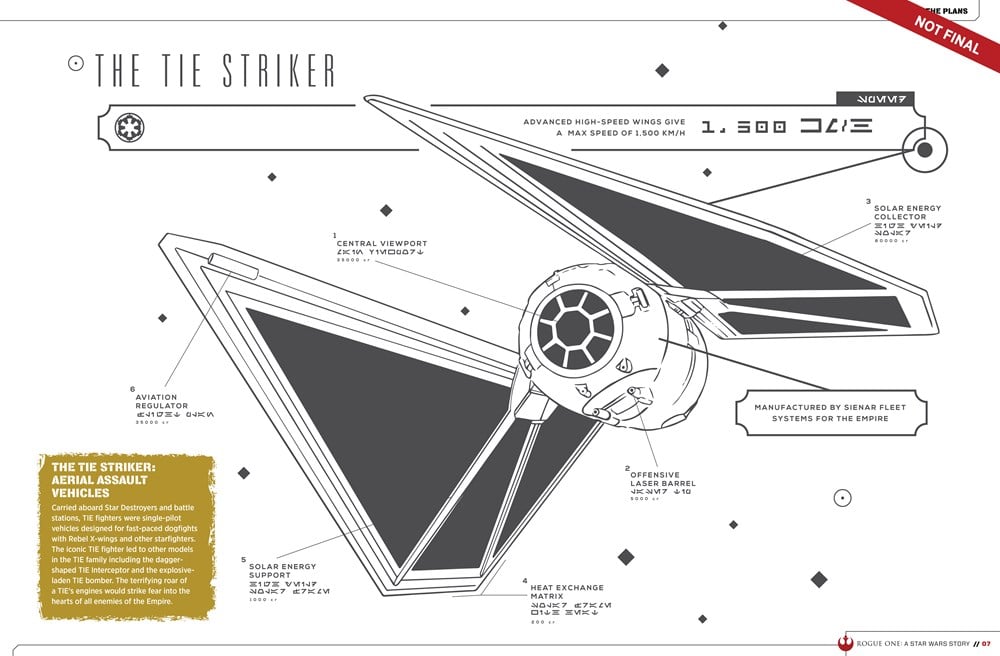 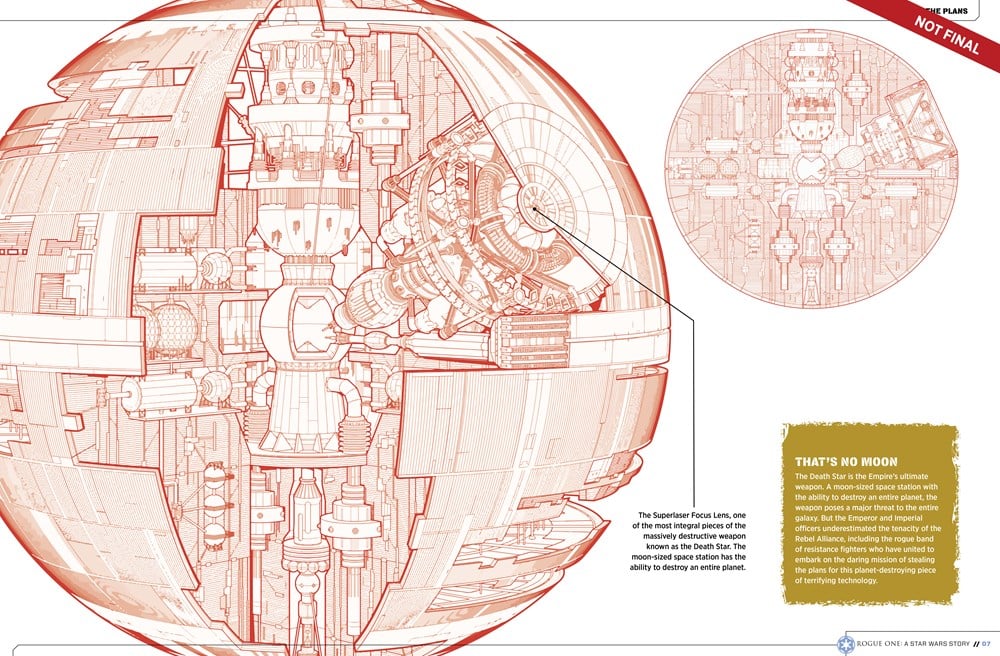 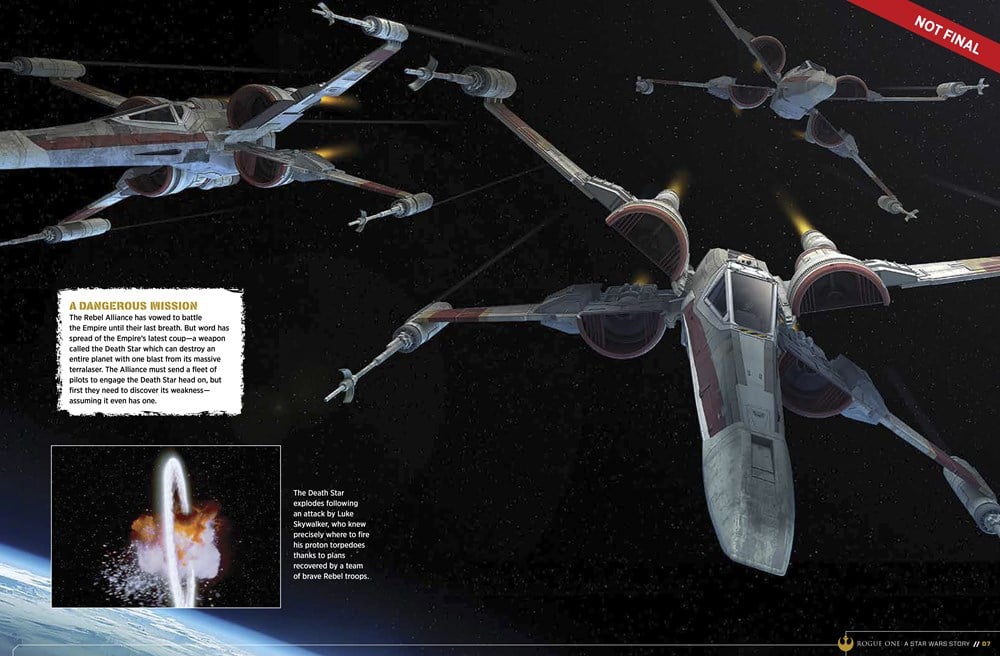 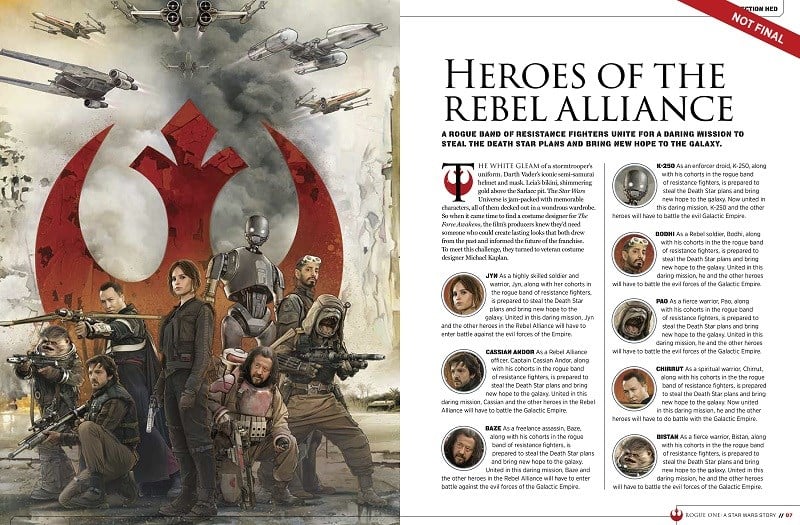 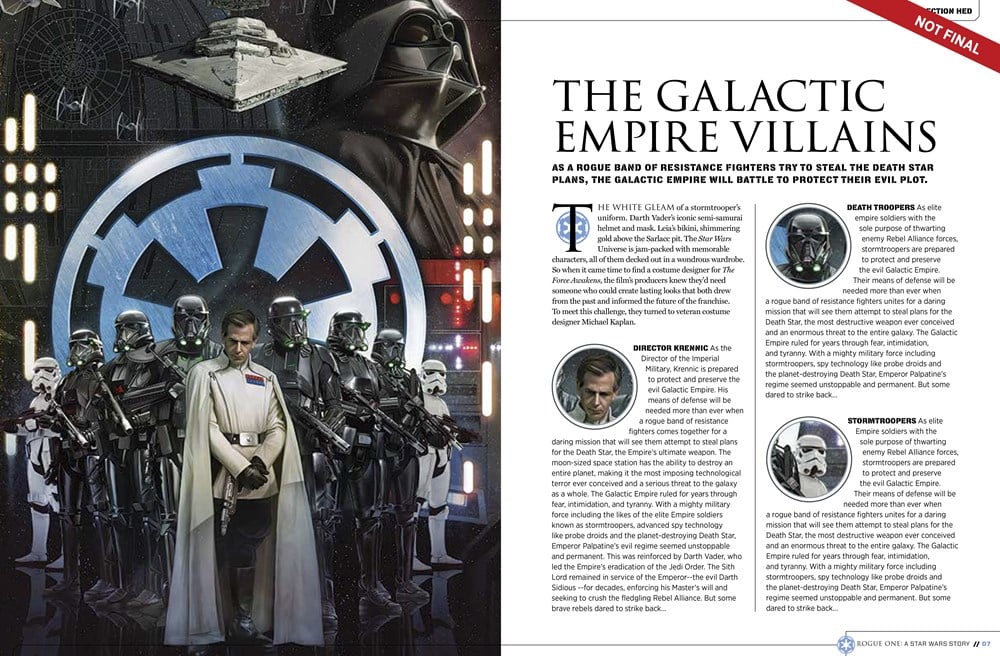 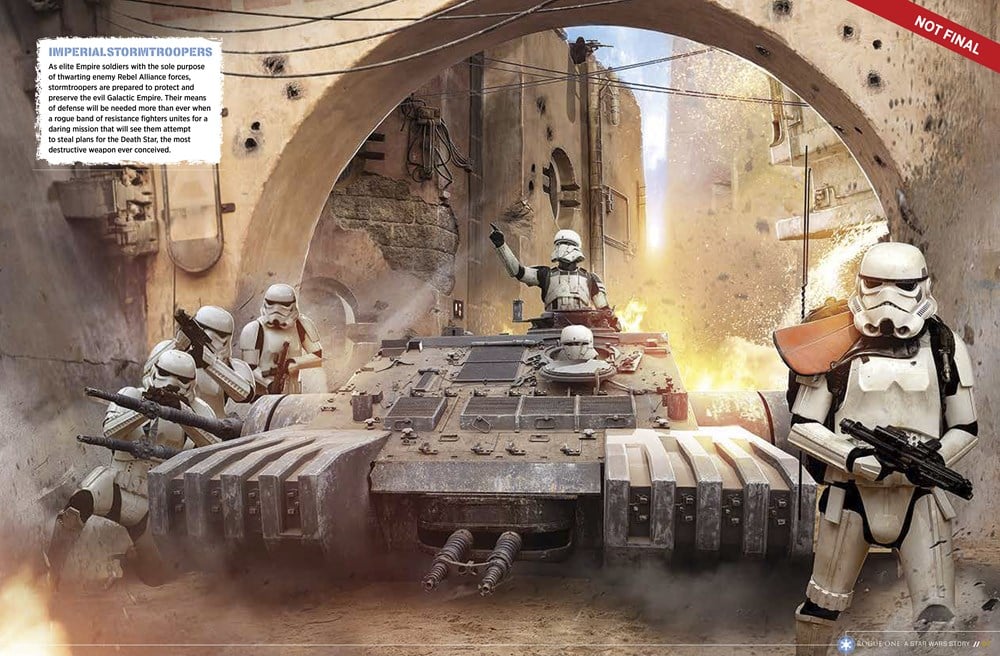 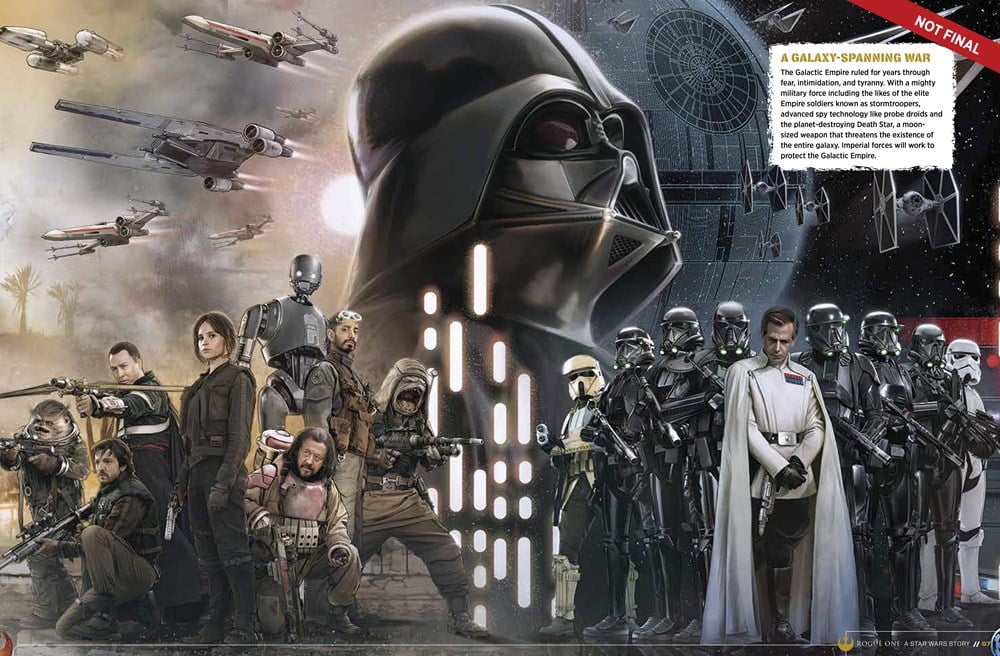 Lots of interesting info and the first official confirmation that Vader is in the movie.

The 164-page visual guide from Media Lab Books, will be published on January 24, 2017 and will eventually include 130 full-color photos. You can actually pre-order it on Amazon now. 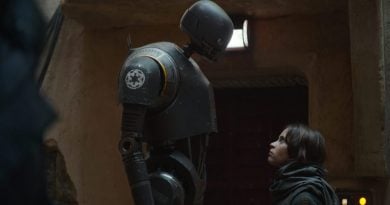 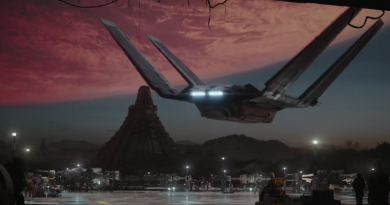 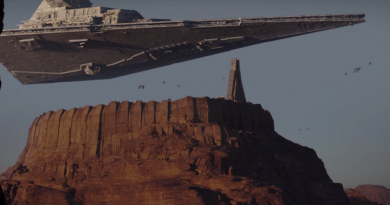 207 thoughts on “New Images With Characters, Vehicles and Descriptions from Rogue One!”