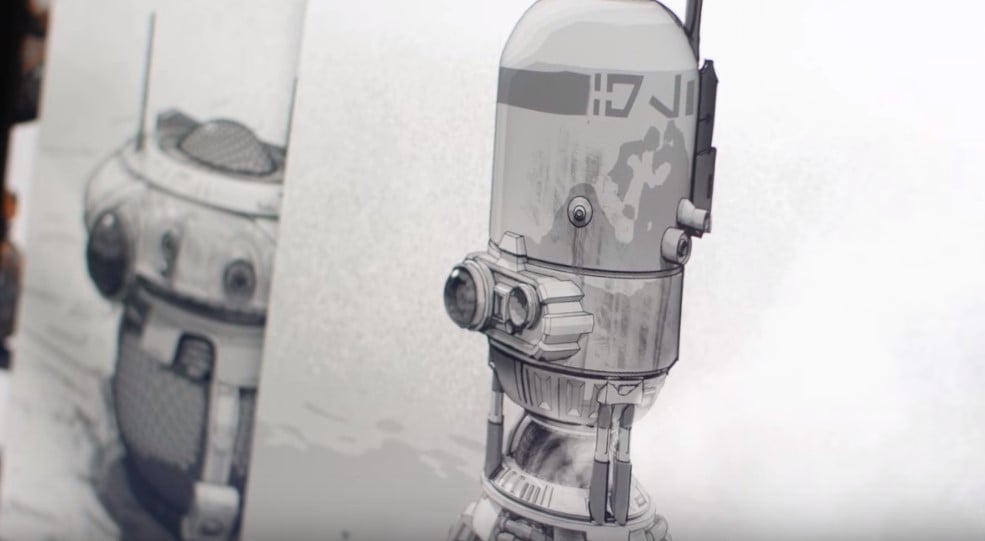 The breakout star of Star Wars Episode VII: The Force Awakens is going places – specifically, to NASA HQ to communicate with a droid from this galaxy. This article (based on an official press release from Disney) contains new footage of the droid in action, along with details on what it took to come up with the character.

BB-8 also got to briefly commune with another of NASA’s droid: 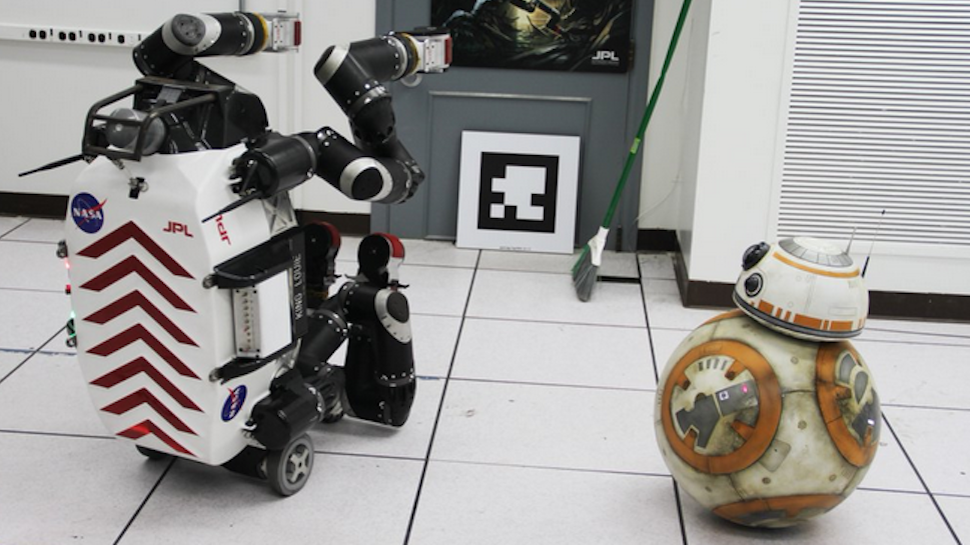 Here’s a little more BB-8 concept art for the road: 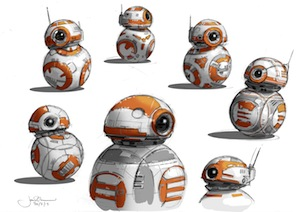 Stay tuned to Star Wars News Net – your Force for news for the latest and greatest things about the Galaxy Far, Far Away.