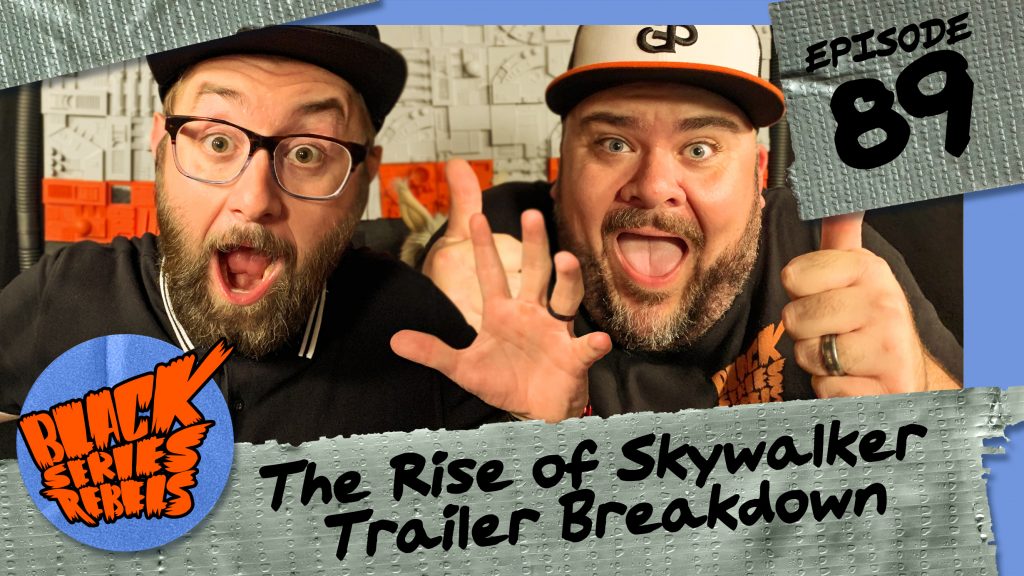 Here is the latest episode of Black Series Rebels! Their breakdown of The Rise of Skywalker trailer and more! Check it out…

The Rise of Skywalker trailer dropped on 10/21! And with a Twitter blackout in full effect the boy’s get hyped on the trailer! They also talk about the early reactions to The Mandalorian footage that was screened, discuss early reactions to Jedi Fallen Order, as well as the Oh So Minty Fresh Episode IX poster and ticket sales. Then they review a huge box of toys Hasbro sent them. (Hmm…Giveaway?)

Remember when they said “Hmm giveway”? Well the boys were sent some awesome stuff from Hasbro! So be sure to check out the episode for details on how some of the stuff inside this box can end up in your hands! 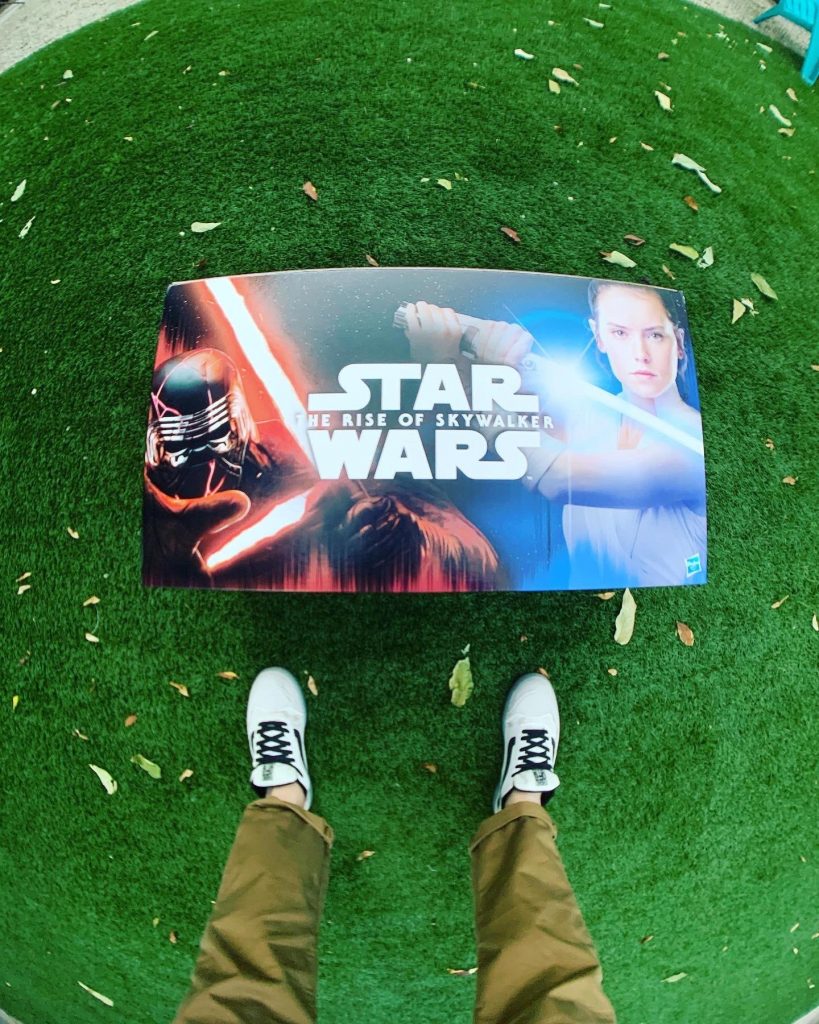 In addition to their YouTube channel, you can find and interact with Alex and Steve on Twitter! Stay tuned for another “Oh so minty fresh” episode of Black Series Rebels!

Is the Original Trilogy Overrated?
The OT’s, in my opinion, are the best, but they are not overrated. With new Star Wars lore and movies,...
By: Lukestarbucker
13 minutes 27 seconds ago
Is the PT really all that bad?
yes, you are right. But, for example, my Dad, he grew up with the OT’s and he thinks the prequels...
By: Lukestarbucker
24 minutes 38 seconds ago
How does Rey know her parents are on Ochi’s ship?
You won't find Rey witnessing her parents leaving Jakku as being an imagined thing. Cheers, Jayson
By: Jayson
38 minutes 19 seconds ago
OOOH look what I found
I have the best taste. :)
By: Embo and His Pet Anooba
38 minutes 27 seconds ago
What are YOU drinking
By: Addi Ras
40 minutes 59 seconds ago
Anyone else thinking about never going back to the theater?
I used to work weekend so I could always go mid week say the first showing around 11.30 which...
By: Addi Ras
44 minutes 48 seconds ago
New Members Introduction
Thank you Obi! I hope they get into music, it's been so fun for me. Since starting my youtube channel...
By: Minushi
1 hours 23 minutes 53 seconds ago
OOOH look what I found
All of these are so amazing! Personally, I love the flashy duels, and these are certainly flashy! Good taste Embo:p (duel)
By: Olivia Kenobi
1 hours 25 minutes 6 seconds ago
What's your favorite little moment or detail in The ORIGINAL Trilogy
My favorite has to be the brief moment when you can see the skull in vader's helmet when he is...
By: Olivia Kenobi
1 hours 29 minutes 50 seconds ago
Hayden Christensen as Anakin Skywalker in TROS
That's what I meant. Anakin was in Hayden wasn't;) But of course I would be the last to object that...
By: Meister Yoda
1 hours 31 minutes 18 seconds ago
Release Order or Story Order - How Do You Watch the Star Wars Saga?
: 15 years ago. They could have later decided 13 years fits the canon timeline better and wrote it off as...
By: blame182
1 hours 48 minutes 12 seconds ago
Favorite Book, Comic or Game from Legends
TRAITOR
By: Embo and His Pet Anooba
1 hours 49 minutes 6 seconds ago
Favorite Character in Each Movie.
clone wars too hmm ROTTA WINS NOT ZIRO THE STUPID PERV HUTT
By: Embo and His Pet Anooba
1 hours 51 minutes 43 seconds ago