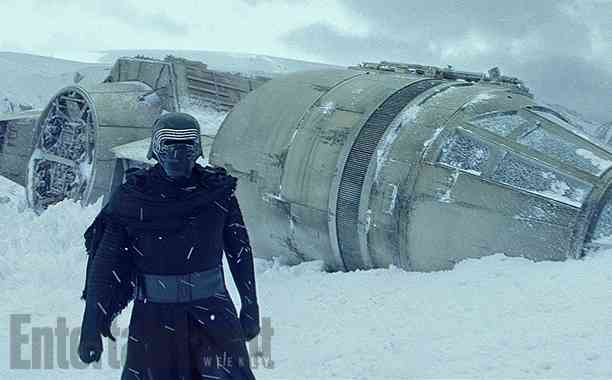 Entertainment Weekly has an exclusive first look at some of The Force Awakens deleted scenes that will be included in the Blu-ray, due for release on April 5. They also have some interesting info on what to expect from the highly anticipated home release of the 7th installment in the Star Wars Saga.

“There are so many things that end up getting cut because of the greater good, because of the rhythm of the sequence or the need to get on with it, a sense of redundancy,” director J.J. Abrams tells EW. “You don’t know any of these things when you’re making the movie, of course. It was sometimes after months of working on something that you realize finally — you just don’t need it.” 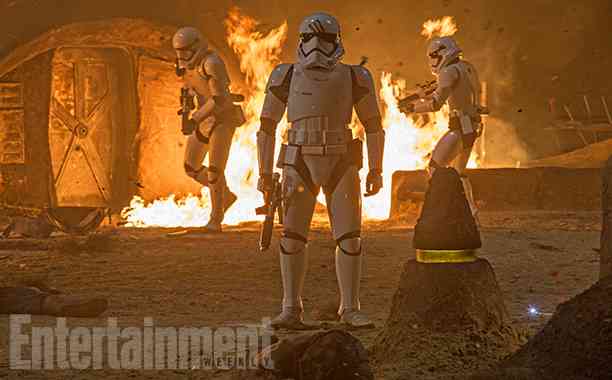 In one of the deleted scenes planned for early in the movie, John Boyega’s FN-2187 hasn’t yet fled from the First Order, but he’s already a lost person. This shot is from before the troopers round up the villagers but after his mask is marked with the blood of a fallen fellow soldier. The conscience-stricken Finn comes face-to-face with a woman in the shadows of a small building. He raises his weapon … and makes a fateful decision. 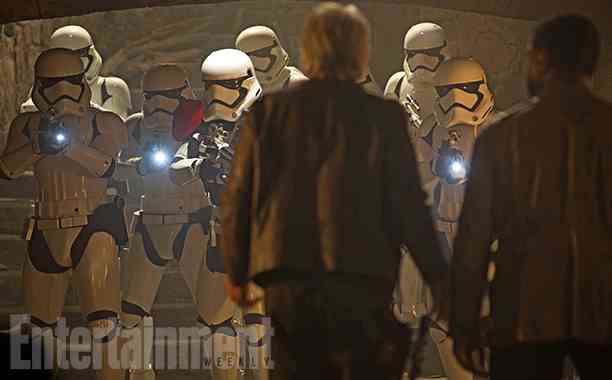 This shot is from a bonus deleted scene that will be available only digitally. (But remember, each Blu-ray combo pack includes a free download, so you can get it that way.) When the First Order attacks the castle run by Lupita Nyong’o’s Maz Kanata, Han, Finn, and Chewie face down this squad of stormtroopers in her basement. Han does his usual stellar job talking his way out of trouble. For those craving a little more of Solo’s smart-ass swagger, this moment will make you say: “I love you …” 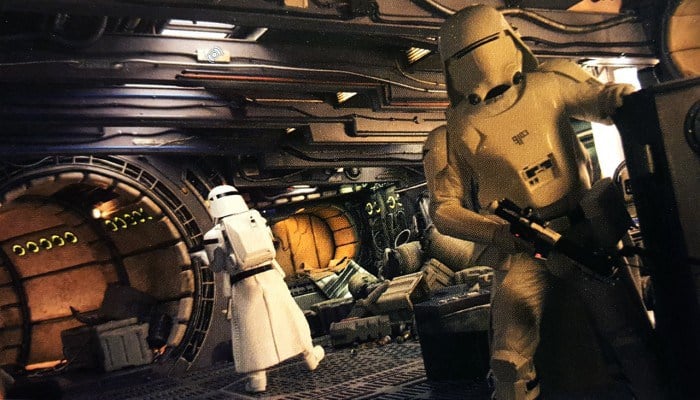 In this deleted scene, Kylo Ren (Adam Driver) leads a squad of stormtroopers to the crash-site of the Millennium Falcon on the surface of Starkiller Base. Inspecting the abandoned starship stirs bittersweet memories for the Dark Side acolyte, who is still battling the pull to the light side … and now knows his estranged father is conspiring against him. 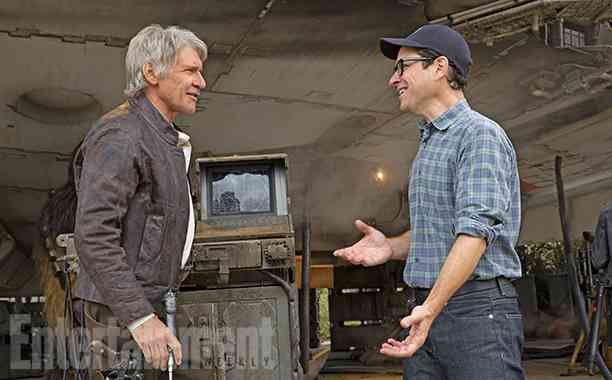 “You never go into a day of shooting and say, ‘This is probably going to be on the cutting room floor,’” says Abrams, seen here in a newly released behind-the-scenes shot with Harrison Ford. “Every day feels as essential as anything else. It’s always annoying to realize that you wasted anyone’s time on shooting something that wasn’t necessary.” Most of the deleted scenes from The Force Awakens don’t radically change the story, but each deepens the characters in some way. Here are details on some more … 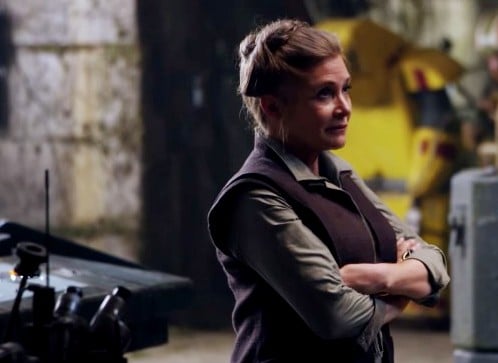 Another deleted sequence would have introduced Carrie Fisher’s General Leia much earlier in the film as she weighs what to do after the First Order’s massacre on Jakku. Emun Elliott, best known for playing Moray on the British series The Paradise and Marillion in Game of Thrones, also gets a moment to shine as the Resistance communications officer Major Brance, who receives an early distress signal from BB-8 informing them of the attack. 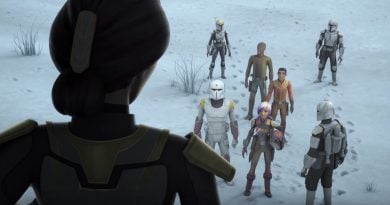 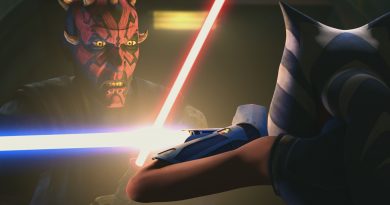 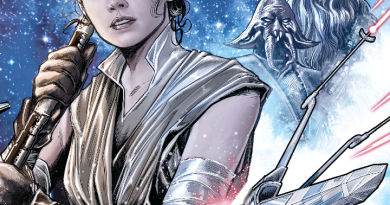 28 thoughts on “First Look and Descriptions of The Force Awakens Deleted Scenes.”