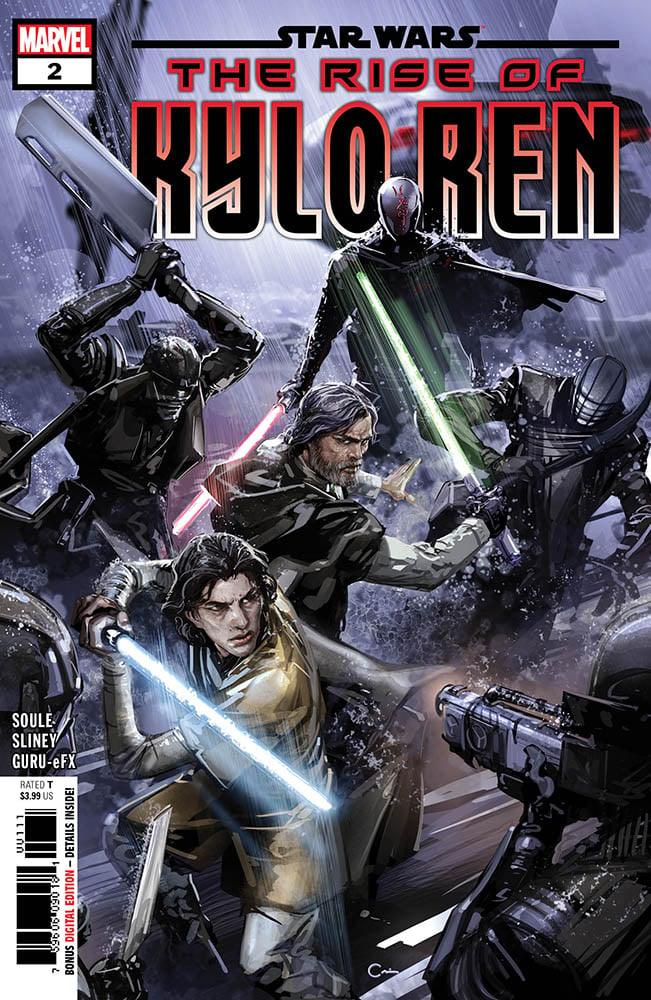 Ben Solo’s sad story continues on his path to ultimately become Kylo Ren. In this issue we see the past where Ben first met the Knights of Ren, on a trip with Luke Skywalker and Lor San Tekka. In the present, we see the influence Snoke has over Ben as we discover the parts of his former identity he wants to shed, including his name.

This series continues to impress and Soule does an amazing job of portraying Solo’s emotions that will eventually manifest in the anger of Kylo Ren. Even knowing how it will all end it’s still fascinating seeing the detail being added to his backstory, especially since a lot of what we as fans assumed is incorrect. This is a must read for anyone interested in Kylo Ren. Full review with spoilers here.

That’s it for this week, happy reading and may the Force be with you.