The Hunt for Han Continues: Disney Sees Over 2,500 Actors To Fill The Vest of The Galaxy's Most Famous Scoundrel - Star Wars News Net Go To Top
Skip to content

The Hunt for Han Continues: Disney Sees Over 2,500 Actors To Fill The Vest of The Galaxy’s Most Famous Scoundrel

What do Percy Jackson, Carl Grimes, and Mr. Fantastic have in common?  Well, according to an article by The Hollywood Reporter, these are all roles whose actors are vying for a chance to play the most iconic space cowboy of all time, and a chance to take part in the shaping of the legend that is Han Solo.  Hit the jump to read more.

Disney and Lucasfilm are scouring the galaxy in what some are calling the widest casting search ever for the actor who will play a young Han Solo in the planned Star Wars spinoff movie.

According to sources, more than 2,500 actors have met on the project or put themselves on tape, with casting director Jeanne McCarthy running point on finding the man to fill the vest made famous by Harrison Ford in the first Star Wars trilogy and The Force Awakens, which opens Dec. 18.

The contenders are being whittled down before Star Wars spinoff directors Phil Lord and Chris Miller, who worked with McCarthy on the hit Jump Street films, hone in on their Han. The movie isn’t due to shoot until January 2017 for a May 25, 2018, release, so they have plenty of time to make a choice. 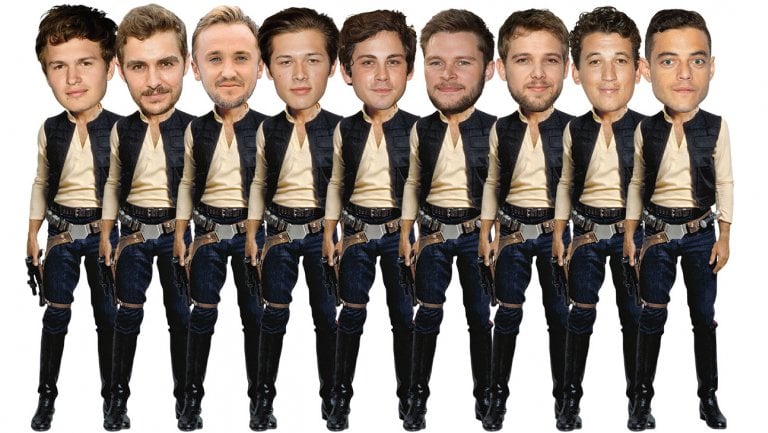 According to the article, it seems that the film’s creators are taking the opposite approach from the plan the producers of The Force Awakens took.  They aren’t just looking at unknowns – they are seeing everyone.  The supposed leaked list of actors who have auditioned for the coveted role range from unknowns like Kickin’ It‘s Leo Howard, to sort-of-knowns like Jurassic World‘s Nick Robinson, to more well known actors like Dave Franco and Miles Teller.

Reportedly, casting directors are not just looking at Americans either, as they also turn their gaze toward some Canadian and British actors as well.  The casting team is said to be looking for someone who looks at least a bit like a young Ford, and can be funny and charming as well as handle the expected action scenes.

The Hollywood Reporter also reports that the top-secret Solo project is working under the code name “Red Cup”.  Get it?  Give it time, it’ll come to you.  Think back to your college days.

Check out the full article for some more names of actors that have thrown their hats into the ring.  The role of Han Solo in the upcoming 2018 anthology film has already long been debated by hopeful and skeptical fans alike.  But given this new list of names that has surfaced, it seems the debate has been reopened.  Of the names mentioned in the article, who do think is most likely to get the part?  Share your comments below.