Editorial: The Mysticism of the Force Reawakens! 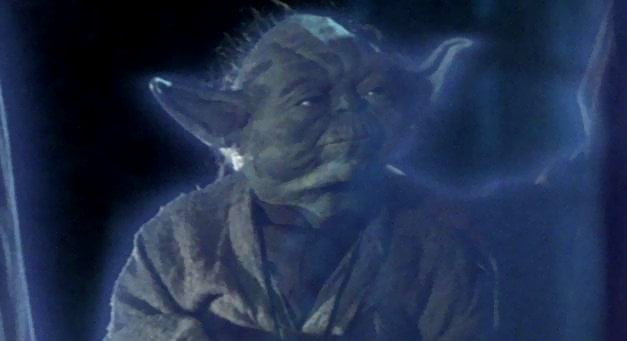 In a world where mankind seems to constantly find new ways to divide itself among a bevvy of issues, there is something incredibly comforting in “an energy field created by all living things, it surrounds us, it penetrates us, it binds the galaxy together.” Much like Star Wars itself, the Force is a very unifying theme. I’ve found great solitude and escape from the problems of the real world in many of the elements of the galaxy far, far away. Star Wars wouldn’t be the same without each moving part, whether it be the exciting space battles, strange and exciting alien races, the battle of good vs. evil or the Force itself. However, none of these aspects gets me more excited than the mysteries surrounding the Force. If you’ve been living under a rock and haven’t seen TFA yet, SPOILERS ahead …

In the OT, this “magic” provided a sense of wonder and spirituality. Then along came the PT (just to be sure, while I enjoyed the OT more, I’m NOT a “PT-hater”). Lucas seemingly felt compelled to highlight Anakin Skywalker’s immense connection with this life-giving energy field by showcasing this strength in a demystifying way.

For me, the presence of midi-chlorians representing an individual’s connection to the Force, didn’t ruin anything. Still, it took away some of the mystical nature of this power. I’m not sure exactly why Lucas decided to introduce the idea of midi-chlorians. Perhaps he wanted to find a way to bridge a gap between the spiritual and scientific nature of the universe. It could have been an easy way to showcase that Anakin was the being with the highest recorded level of Force-sensitivity, lending credence to the fact that he was the Chosen One. 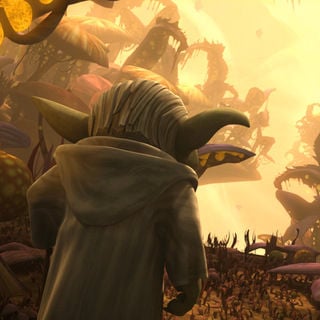 The second idea seems a bit odd, considering the fact that we have precedent in the OT for another, more simple way of detecting this level of ability. During the trench run on the Death Star, Vader simply feels Luke’s strength in the Force. Couldn’t Qui-Gon simply have said that he’s never sensed a being with such an unbelievably powerful connection to the Force?

The idea of midi-chlorians were explored even deeper in The Clone Wars animated series. During Yoda’s training in becoming a Force ghost, the little Jedi Master traveled to a Force Planet, which apparently is where the Force microbes come from. I found this arc very interesting, yet I know that there are many who felt this was a further demystifying element to the saga.

It was no secret that JJ Abrams and co. were going to try and keep the PT references to a minimum in the ST. Not surprisingly we had zero mentions of midi-chlorians (though there was talk of balance in regards to the Force). Instead we got a lot of vague, yet intriguing moments with the magical nature of the Force.

One of the vaguest parts of The Force Awakens is actually the title itself. The idea that the Force is once again responding to the cancerous threat of the darkside, by awakening powerfully inside Rey is one theory. Both Snoke and Kylo Ren have felt some kind of “awakening” and it’s certainly a thought-provoking part of the story. Is the “awakening” connected to Rey, Luke or the Jedi possibly returning as a whole?

We also got the “Force-back” vision when Rey touched Anakin’s/Luke’s lightsaber for the first time, inducing an enigmatic Force vision. Maz Kanata senses the Force “calling” to Rey specifically through the lightsaber of two of most powerful Force-sensitive beings in history. Whether Maz herself is actually Force-sensitive came across as a little vague. Though she confirms that she isn’t a Jedi, she mentions that she knows of the Force. While watching the film in Russian, I noticed that this moment was translated as Я чувствую Силу (I feel the Force). She definitely has some ability to look into people’s hearts via her eyes. It was kind of cool that they left this without a spoon-fed explanation, perhaps leaving this topic to be explored later on. 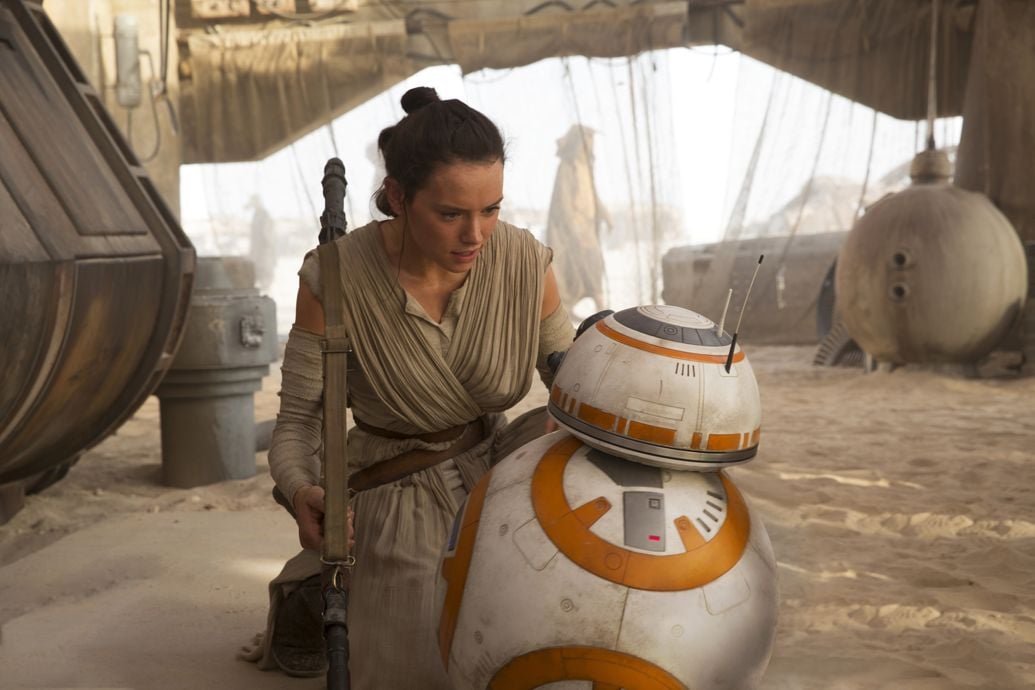 Kylo Ren mentions to Snoke just how powerful Rey is, though not being aware of this herself. Note that here Kylo didn’t mention busting out a midi-chlorian test on her in a Maury Povich-type moment, confirming that she was born of the Force. “When it comes to Rey … the Force is the father!”

Some other mystical moments include Rey’s apparent dreams of Luke’s location, implying that the lightsaber moment wasn’t her first Force vision. There’s also Rey’s ability to use Jedi Mind tricks almost at ease, seemingly without any training. Finally, we have her complete surrender to the Force, enabling her to defeat an injured Kylo Ren.

I really liked how we had the potential introduction of other ways of viewing/using the Force via Maz’s Oracle-like powers and the “Knights of Ren”, whatever they end up being. I said potential as it’s uncertain as to the true nature of both Maz’s powers, in addition to the Force-sensitive standing of the Knights. However, I felt both were hinted at. One of my favorite aspects of the EU was the idea that the Jedi and Sith orders were just one of a myriad of philosophies regarding the Force. 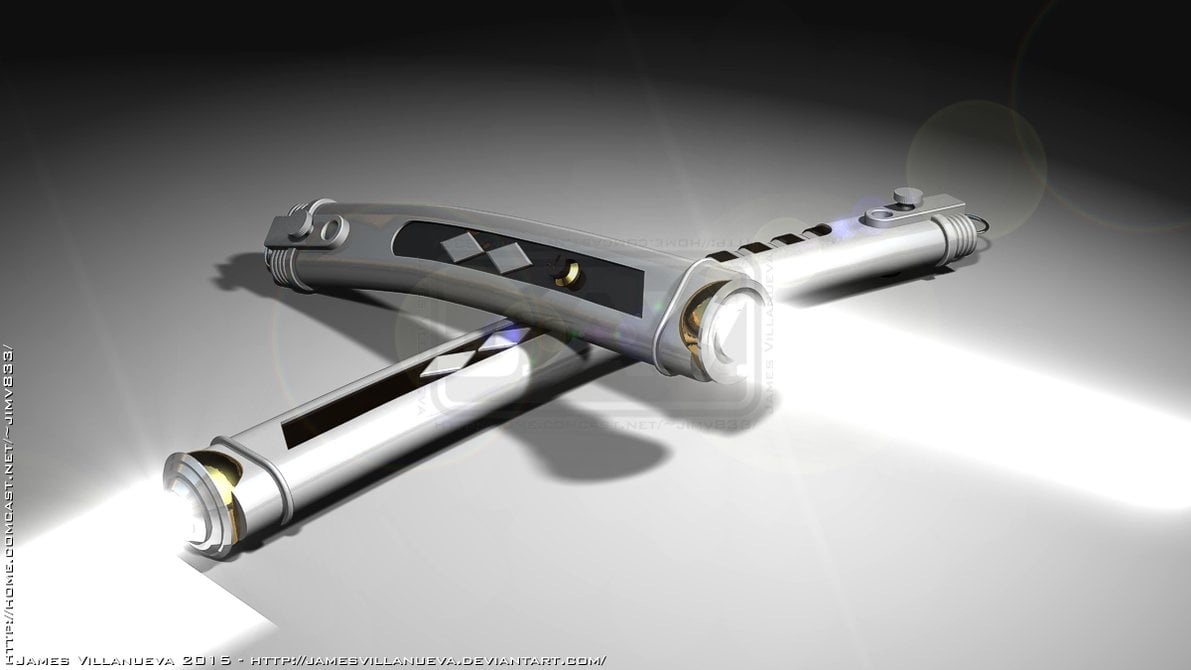 Among these groups were the Fallanassi, who connected with the Force by way of the White Current. They didn’t believe in using the Force in a physical way, but through more of a mental approach, with concealment and illusion being primarily used. There were also the Aing-Tii monks who didn’t view the Force through a lens of Light and Dark, but more as an abundance of colors and shades.

The Clone Wars also introduced a few other Force-sensitve groups. The Nightsister’s used their Magicks to manipulate the Force. The Force Priestesses on the Force Planet viewed the Force differently than either the Jedi or Sith and there were the Bardottan Dagoyan Masters, who were attuned to the Force as well. The Others on Mortis claimed they were neither Jedi nor Sith and of course we still have the mystery of the Whills, which are canonized via The Force Awakens novel. I for one, hope that this trend continues on in the ST. It will also be interesting if this theme is also examined further in Rebels. Perhaps Ahsoka Tano went on a Force finding sojourn (much like Jacen Solo did in the EU) after leaving the Jedi Order and received some other type of training from another Force-using order. She is clearly even more powerful than she was before and she has those unique and gorgeous samurai-style white lightsabers.

How did you feel about the representation of the Force in TFA? Are you a fan of the other Force orders? Do midi-chlorians bother you or are you indifferent? How much explanation of the Force and its ways do you consider to be too much? Sound off in the comments below and may the Force be with you, regardless of how you view it.