Did Harrison Ford Reveal a Big Spoiler About a Certain Scene in The Force Awakens? - Star Wars News Net Go To Top
Skip to content

Did Harrison Ford Reveal a Big Spoiler About a Certain Scene in The Force Awakens? 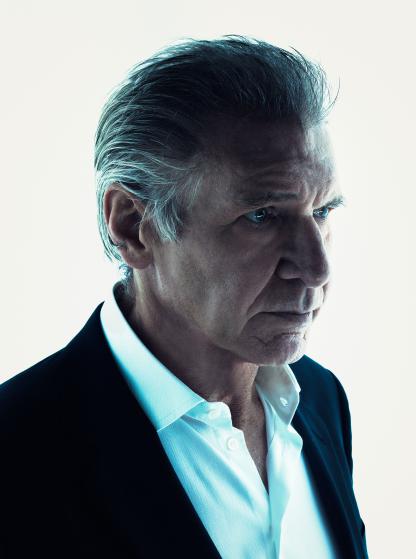 As you know yesterday there was a live Q&A event on Twitter with the cast and crew of The Force Awakens. One particular comment by Harrison Ford himself revealed a potential spoiler about the lightsaber duel at the end of the movie.

Although this was revealed by Harrison Ford himself (through the official Star Wars Twitter account), we would advise you not to read the following if you want the full and ultimate experience on December 18th.

During the Q&A, a fan asked Ford “what is his favorite action scene in The Force Awakens”. Ford surprising replied the following:

Rey facing Kylo Ren in a lightsaber combat, after Finn gets injured has been speculated for some time now.

Actually last week we had an article ready for posting on that topic. It was about the latest Disney Infinity 3.0 trailer, which was an actual recreation of the full The Force Awakens trailer. There was a brief scene in this trailer showing Rey fighting Kylo with a lightsaber. We didn’t post it since Disney commented that in the game any character can use any weapon and face anyone. Well I guess we could share it now:

Here’s the actual Disney Infinity trailer to refresh your memory:

The particularly interesting scene is at the end – the fight between Kylo Ren and Finn. Or is it really Finn? Here, take a closer look in this gif (via Cantina member MagnarTheGreat):

After watching this several times you will clearly see that in this scene Kylo Ren is actually fighting Rey and not Finn. You can see the white hands holding the lightsaber and the black belt that Rey’s costume has.

With the Infinity footage and Ford’s comment we could definitely expect such scene to happen in the movie. I don’t know if Harrison accidentally gave this scene away or not, but this is definitely something that would have been better to remain secret.

But we also have to remember this quote from J.J. Abrams from his interview with Rolling Stone:

Abrams is most concerned with a couple of segments that intercut between separate action sequences. One includes a “castle battle”; the other pairs a space skirmish led by Oscar Isaac’s heroic Poe Dameron with a lightsaber fight where Finn and Rey face off with Kylo Ren. “Better late than never, I’m looking at the polarity of the sequences,” Abrams says. “It’s about not asking the audience to simultaneously be in the most emotionally desperate place – Rey in the forest with Ren – and at the same time to be celebrating. Similarly, in this sequence we have to be careful – we have her in another forest with the same kind of life-and-death despair, while at the same time indicating that things are going well for our pilots.”

So maybe it’s not a secret after all…