*note: Pegg is not playing the creature above^

Disney released new featurette from The Force Awakens, this time focused on Daisy Ridley’s character Rey. Although there are several cool new scenes, the footage is not spoilerific…

I love the feel from the scene shown in the title picture. It’s pure classic – the Cantina is back!

Thanks to George Wendell for the heads up.

If you compare one of the creatures from this video and Simon Pegg’s costume from the BTS footage shown at SDCC, you will notice a definite match. Keep in mind that the colors are so different due to the lighting. One shot is interior the other exterior, but you can see the same patterns in the cloth. 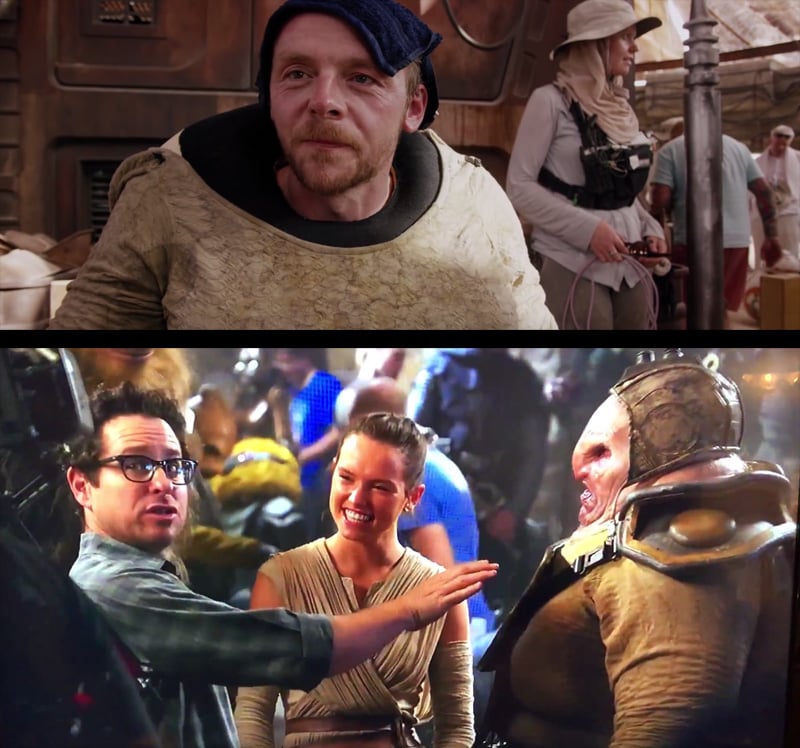 So yeah, I think this is our first look at Simon Pegg’s character from The Force Awakens!

Also the appearance of this creature perfectly matches with this rumored description of Pegg’s character by MakingStarWars:

Based on seeing Unkar and seeing the under-portion of his costume, I believe Pegg is almost certainly playing Unkar Plutt in Star Wars: The Force Awakens.

Thanks to @VegaArts for pointing us to MSW’s piece.