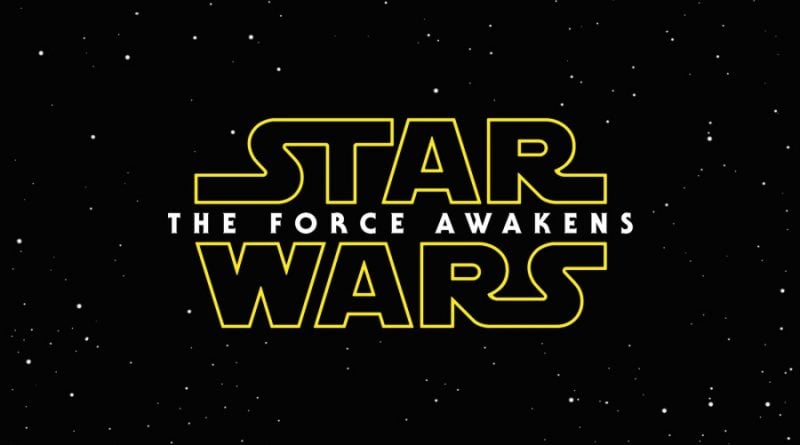 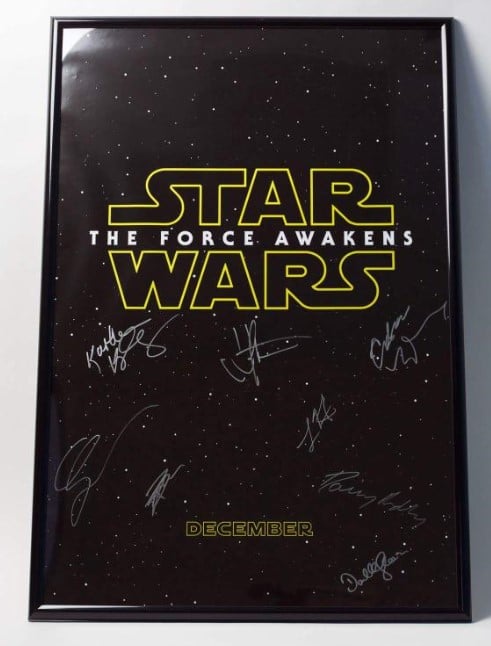 With news about the upcoming Star Wars films beginning to build up a head of steam as we near Force Friday in just a few short weeks,  we wanted to take a quick break to spread the word about a very important cause. Read on for details…

Let’s cut right to it here, folks. Breast cancer is a truly awful, often deadly disease, and one that is so prevalent (women have a 1 in 8 chance of developing it at some point during their lives) that chances are appallingly high that somebody close to each of us will eventually have to face it.

So, how would you like to chip in and help to do something about it—and get a mighty sweet Star Wars collectable in the process?

A Cause For Entertainment is a group of entertainment professionals who are supporting the Avon Breast Cancer Crusade with an upcoming fundraising event. The event features an auction in which you can bid on (among many other things)  an exclusive signed TFA poster , autographed by JJ Abrams, Kathleen Kennedy, Lawrence Kasdan, Daisy Ridley, John Boyega, Adam Driver, Gwendoline Christie, and Domhnall Gleeson.

The Cause For Entertainment fundraiser, including the auction, takes place on Sunday, September 13th from 4-8pm at The Next Door Lounge, 1154 N Highland Ave. Hollywood, CA 90038. Tickets are available at the event website (HERE) for those who wish to attend. In addition to the auction, the event will feature a raffle for those present, as well as a personal appearance by actress Jillian Bell (22 Jump Street, Workaholics, and HBO’s Eastbound and Down.)

However, you can also feel free to bid on auction items online. Online bids will be accepted beginning on Monday, September 7th at 8:00 AM PDT. Once bidding begins, just go to the list of auction items linked above and click the item of your choice to place a bid.

The signed TFA poster can be found (and bid on) HERE.

Join us in supporting ongoing research into new and more effective treatments for a disease that affects more than a quarter of a million women every year (and even a couple thousand men – we’re not exactly in the clear on this either, fellas!) Go to the Cause For Entertainment website and give them a look. And if you can afford to, please consider bidding!