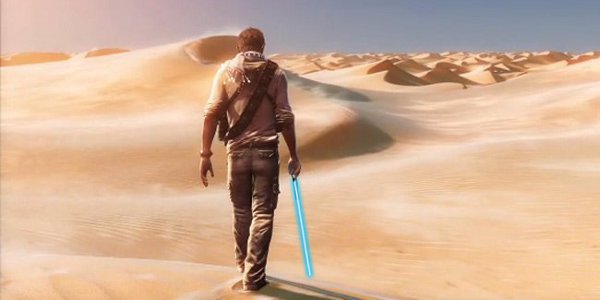 Back in April 2014, Visceral Games (Dead Space games) Vice President Steve Papoutsis announced that former Naughty Dog (Uncharted games) employee Amy Hennig, has been appointed as the creative director for EA’s upcoming, unannounced Star Wars game project. The only other thing we know about this project is that American film and TV actor and writer Todd Stashwick has signed on to co-write the game alongside Amy Hennig. Now in a series of Tweets they both expressed their optimism and enthusiasm for the upcoming project…

Here’s what Amy and Todd shared on Twitter (via thegamescabin):

@litemares Yep, very much so! Looking forward to getting back to work on it next week. 🙂

“RT @KIR_bigg50: how’s the Star Wars game coming along?” Truly we are making something very cool. A game I will be excited to play.

The Uncharted series is one of top rated video game franchise of all time. Last year, game studio Naughty Dog confirmed that Stashwick, best known for his role of Dale Malloy on the TV series The Riches, was doing voice-over work for its new Uncharted game, which ex-Naughty Dog creative director Amy Hennig was also working on before she joined Visceral Games.

Currently, there is not much details about Visceral’s new project. Maybe first they want to finish Battlefied: Hardline (due for release on March 17, 2015). So we can definitely expect more info on the project after that date.