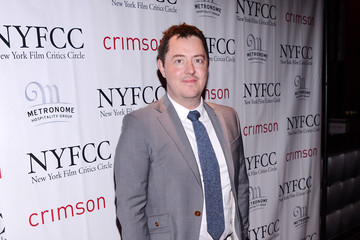 While Episode VII seems to be all the rage on the internet, Disney’s plans for Star Wars films down the line are not as frequently discussed. Nonetheless, news recently broke out about Gareth Edward’s Star Wars spin-off movie: he will be enlisting the help of Greig Fraser, best known for his work on Snow White and the Huntsman and Zero Dark Thirty, to take charge of the movie’s cinematography.

During a great interview with Kris Tapley over at In Contention, Fraser reveals that he will indeed be acting as the cinematographer on Edwards’ Star Wars spinoff:

“I’m doing a f***ing Star Wars movie, which is like – I don’t know about you but Star Wars is like my first film love, do you know what I mean?… Gareth is doing a standalone film. Of course I do know some specifics, but it’s obviously something I’ve signed my kidneys away for.”

What’s promising about this news is that Fraser’s sensibilities are very different from those of Dan Mindel, who is the cinematographer on Episode VII. While I don’t doubt that all of these Star Wars films will visually look like they inhabit the same universe, I’m encouraged by the fact that Lucasfilm really seems to be putting together a diverse lineup of filmmakers to bring these new Star Wars stories to fruition.

So it appears that, while filming of Episode VII wraps up, pre-production on the first of many spin-offs is now underway. Now, if only we could get a title…

Gareth Edward’s movie is slated for a December 16, 2016 release.