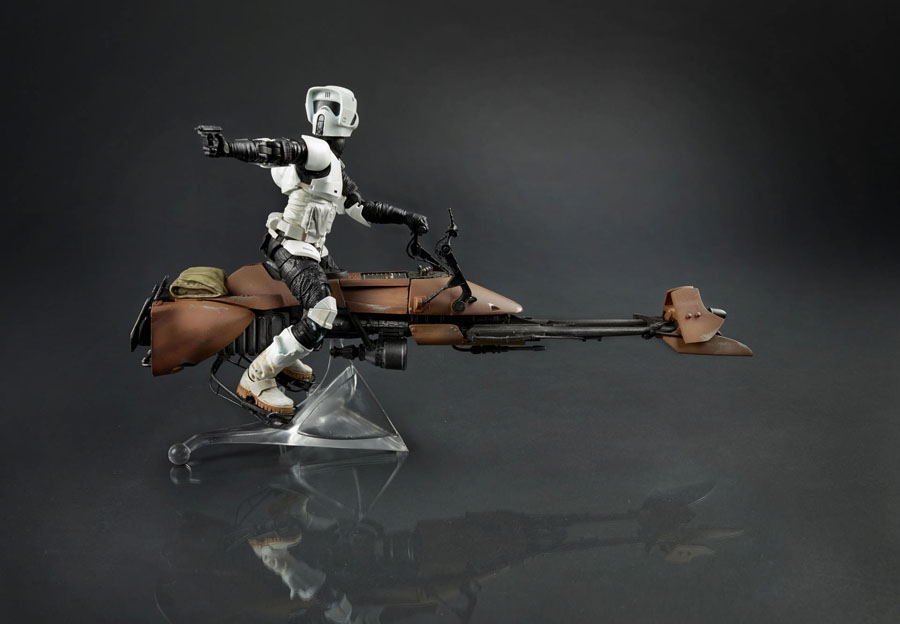 Yakface reports that the first of several toys for Star Wars Episode VII are officially in development.

A recent video from the official Star Wars YouTube channel has shown a bit of behind-the-scenes footage in creating new action figures. However, there’s one shot that briefly shows something of interest – an as-of-yet unnamed Episode VII character is in development. 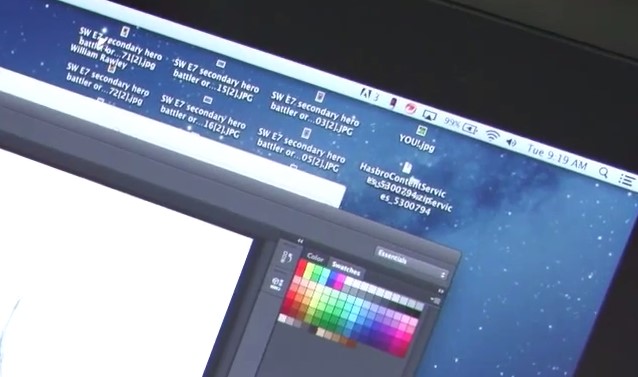 Looks like product development at Hasbro for Episode VII is in full swing as seen above in this screen shot from the Speeder Bike development video release earlier today. While nothing is spoiled in terms of character name, you can see that is a product labeled “SW E7 secondary hero battler”.

It goes without saying (but I will anyway) that Hasbro has been in “Episode VII mode” for a while now, the purpose of the post is to show the actual, observable “proof” that development has commenced.

Does this tell us anything about the movie? Short answer: no, nothing new. The Mystery Box prevails once more. Long answer: maybe; word on the street is that this is meant to be John Boyega’s character. Want proof? Have the word of Pete Morrison of Rebels Report:

Bill Rawley, the guy who worked on the Scout Trooper Black Series toy, is apparently working on a supporting hero character. Everything we have heard so far has indicated that John Boyega is playing a former Stormtrooper who ends up being one of the leading characters in the film. Coincidence? Maybe – but we would have just actually learned of an indirect confirmation of that rumor. (via The Cantina)

Every bit of Star Wars information counts, and we’ll be sure to keep you covered.