After the photo from the Star Wars: Episode 7 set in Abu Dhabi leaked yesterday many people assumed that the set is being build right now. But what if the filming has been happening for some time now on that very set…

I received some info from one of my sources who told me that filming on the Abu Dhabi set has been happening for some time now. And not only filming might be underway but also there are rumors for cast and crew members on set as well as J.J. Abrams himself. My source believes that the press release from the official site about the start of filming in mid May was a smokescreen. According to him they even showed some filmed scenes at Lucasfilm meeting yesterday!

While this is just a rumor I can definitely see it happening. J.J. Abrams is master of the diversion and the secrecy, and Star Wars: Episode 7 will probably be the most secretive movie to date. Even there are some rumors that he has six fake scripts floating around to distract the movie press. I guess if there were indeed fake scripts around we should have heard something but just keep that in mind. 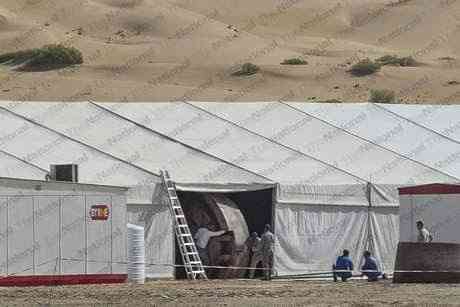 Now let’s have another look at yesterday’s photo from the set. It doesn’t look like it’s being build right now to me. Why build a set a full month in advance of filming when people could sneak and get photos of it? What if the photo was taken while they were putting away set pieces after a day of filming? Surely the tent doesn’t appear to be big enough to house a full set.

Also don’t forget the hints from yesterday: the guy that knew about the Abu Dhabi filming “for ages”, Abrams being spotted in Dubai and the second assistant director speaking about working on Star Wars in past tense.

Actually I’ll go even further and say that I won’t be surprised if some filming took place at Pinewood as well.

Remember the tweets by Hasbro design director Steve Evans from the Pinewood set back in Match? He said that Abrams, Kasdan and Kennedy were on set and he even met a cast member in the bathroom. Later he deleted his Twitter account…

So for me filming is much further along than most people think.
Of course this is just a speculation so please threat it that way. What’s your opinion on this? 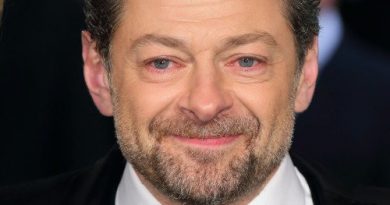 Andy Serkis: Star Wars The Force Awakens is Going to be Brilliant! 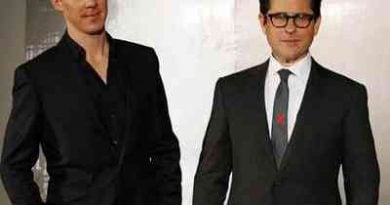 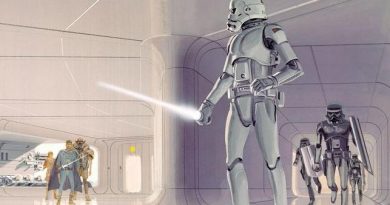 103 thoughts on “Speculation: The Star Wars: Episode 7 Filming Has Been Happening For Some Time Now?”