The New Star Wars Series and Movies Will be Focused on Characters and Humanity Rather Than Effects and Technology. - Star Wars News Net Go To Top
Skip to content 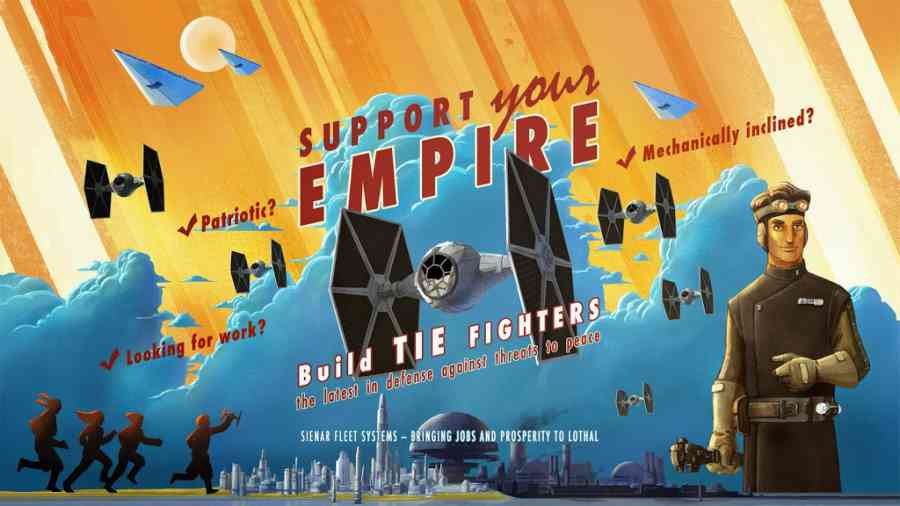 Another article from USA Today with plenty of new details about the upcoming animated TV series Star Wars: Rebels – “a show about the rebellion’s early days when the leader Kanan and his ragtag group aboard The Ghost are fighting Imperial Star Destroyers”…

Rebels acts as a bridge between the prior two sets of movies: The show is set in the period between the events of the last Star Wars movie prequel, 2005’s Episode III — Revenge of the Sith, and the introduction to George Lucas’ universe in 1977’s Star Wars, the fourth “episode” (now subtitled A New Hope) that kicked off the original trilogy. 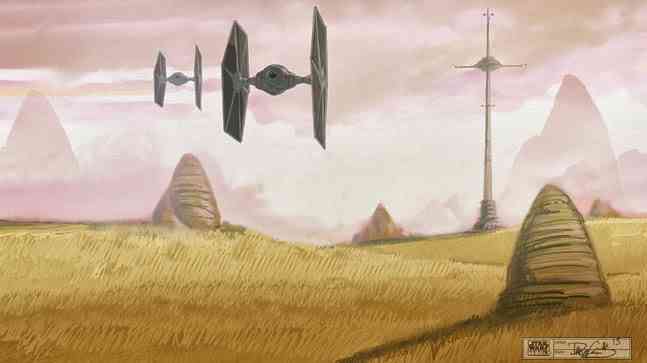 That first movie opened with Darth Vader on a mission to crush the fledgling Rebel Alliance. Rebels will show why the Empire comes after them as hard as they do while having the good guys employ guerrilla tactics vs. shady arms dealers, war lords, intergalactic Mafioso and an army of Imperial Stormtroopers.

“In the original movie, you see a bunch of guys in orange jumpsuits running around and not know who they are,” says Freddie Prinze Jr., who voices Kanan. “This is the start of it: the sacrifices that those orange jumpsuits made and the families those orange jumpsuits lost and the hatred that you would have for somebody who would literally kill your wife and child because they wanted your property.”

The Empire has taken hold of places such as the frontier planet Lothal in order to recruit folks as soldiers or build vehicles of destruction. And Vader has tasked the Imperial Inquisitor to search every corner of the galaxy and make sure the Jedi are gone for good.

The Inquisitor’s a physically imposing threat, says Rebels executive producer Simon Kinberg, “but what’s really terrifying is his ability to read people, understand their fears, prey on those fears and almost twist their perceptions so that they don’t totally have control over themselves any more.”

Kanan’s crew is a capable bunch, though, down to their resident astromech droid C1-10P, nicknamed Chopper. Instead of a sweet, loving, innocent droid like the fan-favorite R2-D2, Chopper’s “a grumpy, grouchy, more adolescent-behaving robot,” says Kinberg. 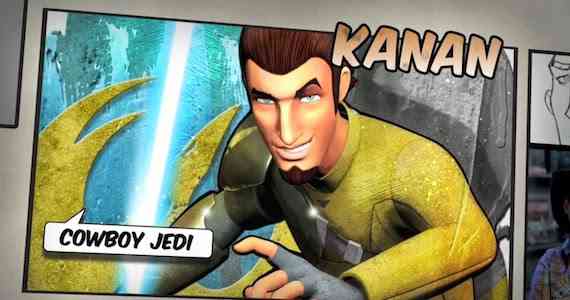 “He’s cantankerous because he acts like a grumpy old man most of the time,” adds Prinze, who’s given the translation of Chopper’s bleeps and the bloops so he can respond to the character honestly in the recording studio.

“We know specifically what he’s saying about us, and if he’s saying it under his breath or directly in our face. He’s very outspoken, I’ll leave it at that.”

While he worked mainly in the prequel era as supervising director of the Star Wars: The Clone Wars animated series, Rebels executive producer Dave Filoni says a lot of the new show leans toward the quick-witted dialogue of characters in the original trilogy as well as the design aesthetic of the older films.

Creating a canon with Rebels is an exciting yet daunting opportunity for Kinberg, who’s also a consultant on the Episode VII film. 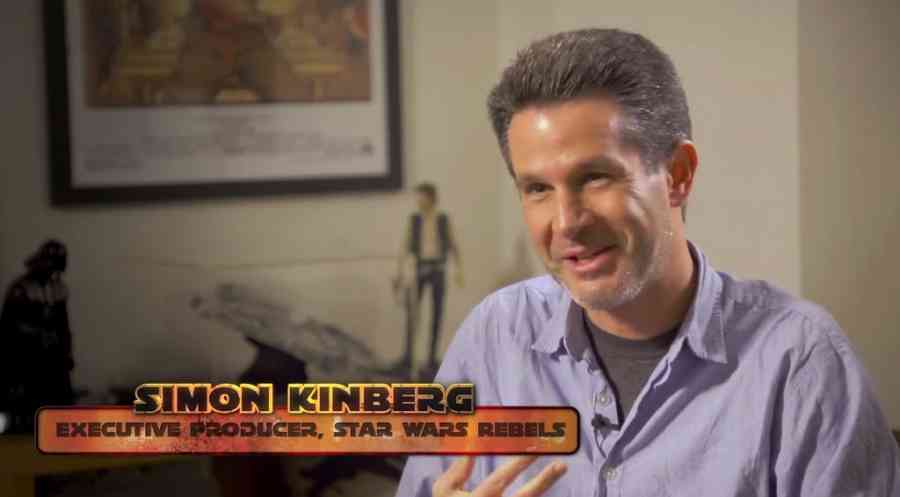 What he’s experienced so far in the new Star Wars approach is a focus on character and humanity rather than effects and technology.

“The tone will shift from story to story, and from movie to show to game, but what’s consistent is a reverence and love for the underlying material and a real passion for expanding the world,” Kinberg says.

“For an audience who maybe didn’t grow up with it the way we grew up with it, (we’re) trying to give them the same experience that we had when we saw Star Wars and Empire Strikes Back for the time in movie theaters: Blow their mind and immerse them in a way that they become lifetime Star Wars fans.”