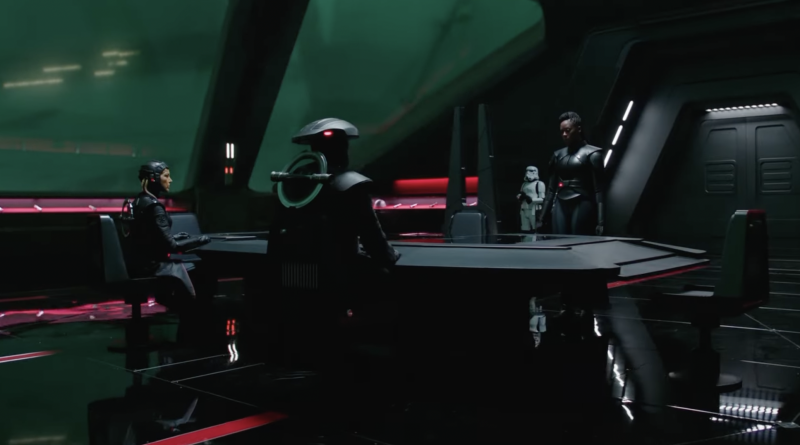 I’ve always been a big fan of the Inquisitors. The Grand Inquisitor was a great villain in Star Wars Rebels‘ first season, and I adored their horror-tinged introduction in season two. They were challenging and entertaining villains in Star Wars Jedi: Fallen Order, and have some memorable arcs in the Darth Vader comics run. In the absence of dark Jedi in the new canon, the Inquisitors fit a nice niche as red-lightsaber-wielding villains who aren’t Sith Lords.

However, I’m also aware that much of Star Wars fandom doesn’t really rate them as villains. While the Seventh Sister and Fifth Brother seemed scary and dangerous at first, their repeated failings to defeat Kanan and Ezra only served to diminish their initial menace. I remember fans mocking the two Inquisitors for consistently failing to kill two Jedi who had never passed the rank of padawan; you can easily dismiss this by believing that it was the “will of the Force” that Kanan and Ezra survived these encounters, but there is a point to be made that, based on skill level alone, the Inquisitors shouldn’t have had any problem killing them.

This was always going to be a problem when you consider that Filoni created the Inquisitors so that the Rebels wouldn’t have to go up against Darth Vader every week. Filoni has stated before that you can’t really have Vader constantly failing to defeat the heroes in a 22-episode TV series, as it would undermine his legacy and his threat level in the Star Wars universe. So the Inquisitors were essentially created to replace Vader in scenarios where it would be unacceptable for him to fail. 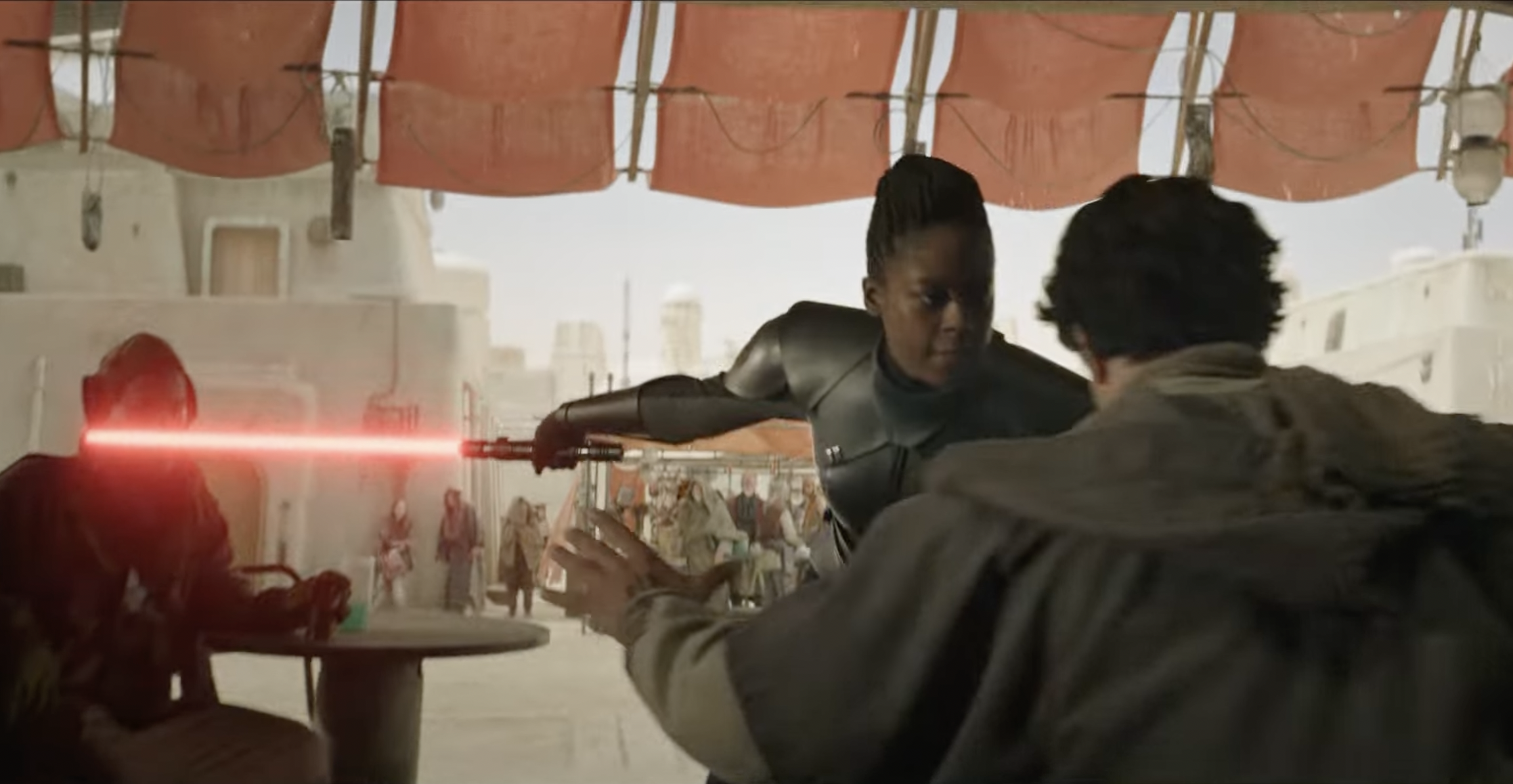 This creates a puzzling dichotomy, because the Inquisitors’ purpose is to hunt down and kill Jedi. Presumably, they were very good at their job, but they struggled in the very series they were introduced in. The Darth Vader comics show them to be adept at doing their jobs, killing a bunch of Jedi, including former Master Eeth Koth, and the Second Sister and Ninth Sister prove to be incredibly challenging enemies in Jedi: Fallen Order, but any Star Wars fans who don’t read comics or play video games will have no idea any of this happened. In the medium that matters most (TV in this case), the Inquisitorius — to use the organization’s proper name — has mostly underwhelmed people.

Now we see that the Inquisitors are going to be recurrent villains in Obi-Wan Kenobi, a series set four years before the events of Star Wars Rebels and four years after the events of Jedi: Fallen Order. They seem plenty threatening in the trailers so far, but fans will be hoping the series shows them actually doing something to underline how dangerous they really are. It’s difficult to see how that will be possible, as we know Obi-Wan will survive the events of this series, and Vader himself will turn up for a highly anticipated rematch. Granted, we know that the Grand Inquisitor and the Fifth Brother will also survive this series, with only Reva’s fate unclear. Unfortunately, given that all the attention will be on Vader when he inevitably fights his old master, it is difficult to see the Inquisitorius making a similar impact.

The easiest way to demonstrate the threat they pose is to show them killing another Jedi at the beginning of the series. It would be easier to swallow defeat at the hands of Obi-Wan if we’ve already seen them be successful with another target. It’s entirely possible that this could happen, though there’s been no word of anyone else being cast as a Jedi so far.

The other, more difficult option is to make them a match for Obi-Wan in a lightsaber duel. Theoretically, if they can make Obi-Wan work for his victories, then they can remain a credible threat even after defeat, but this is a difficult tightrope to walk. Pulling this off requires making the Inquisitors look competent and dangerous, while also making sure that Obi-Wan doesn’t look incompetent in comparison just so they are evenly matched. There have been a few complaints in recent years when characters have returned and not lived up to fans’ memories of them (to put it lightly), and if director Deborah Chow is unable to avoid that same criticism, then it could create some unwelcome fan discussion for Lucasfilm.

Additionally, there is only a limited amount of time to make the Inquisitors seem formidable until Darth Vader shows up to become the main villain of the series. We all know that once he arrives, no one will be thinking about the Inquisitors anymore, so it’s important they leave an impact while they have that opportunity.

I do have faith that Obi-Wan Kenobi can pull all of this off. The Inquisitors seem plenty menacing in the trailer so far, even if the Grand Inquisitor does look a bit odd. Forcing Obi-Wan on the run already gives them an advantage, they just have to keep that momentum going. Considering at least two Inquisitors survive the events of this series, I could see them pushing Obi-Wan close to defeat.

If not, then I guess we’ll just have to accept the Inquisitors were never supposed to be anything more than Vader’s minions, both behind the scenes and in the Star Wars galaxy. After all, these are all former Jedi of little note who were weak enough to be converted to the dark side, so maybe they don’t have to be the most formidable foes in the galaxy. If that’s the case, then I can make my peace with that. Either way, I’m sure they’ll be a lot of fun to watch. 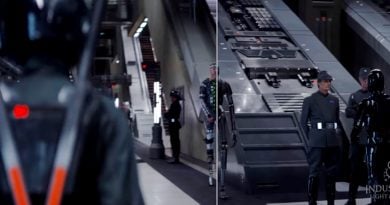 The Star Wars Show: New ILM VFX Reel “Behind the Magic of Rogue One: A Star Wars Story” Revealed and More 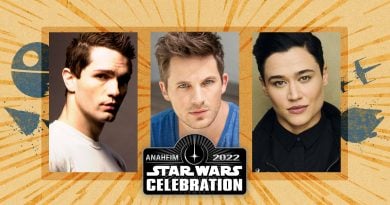