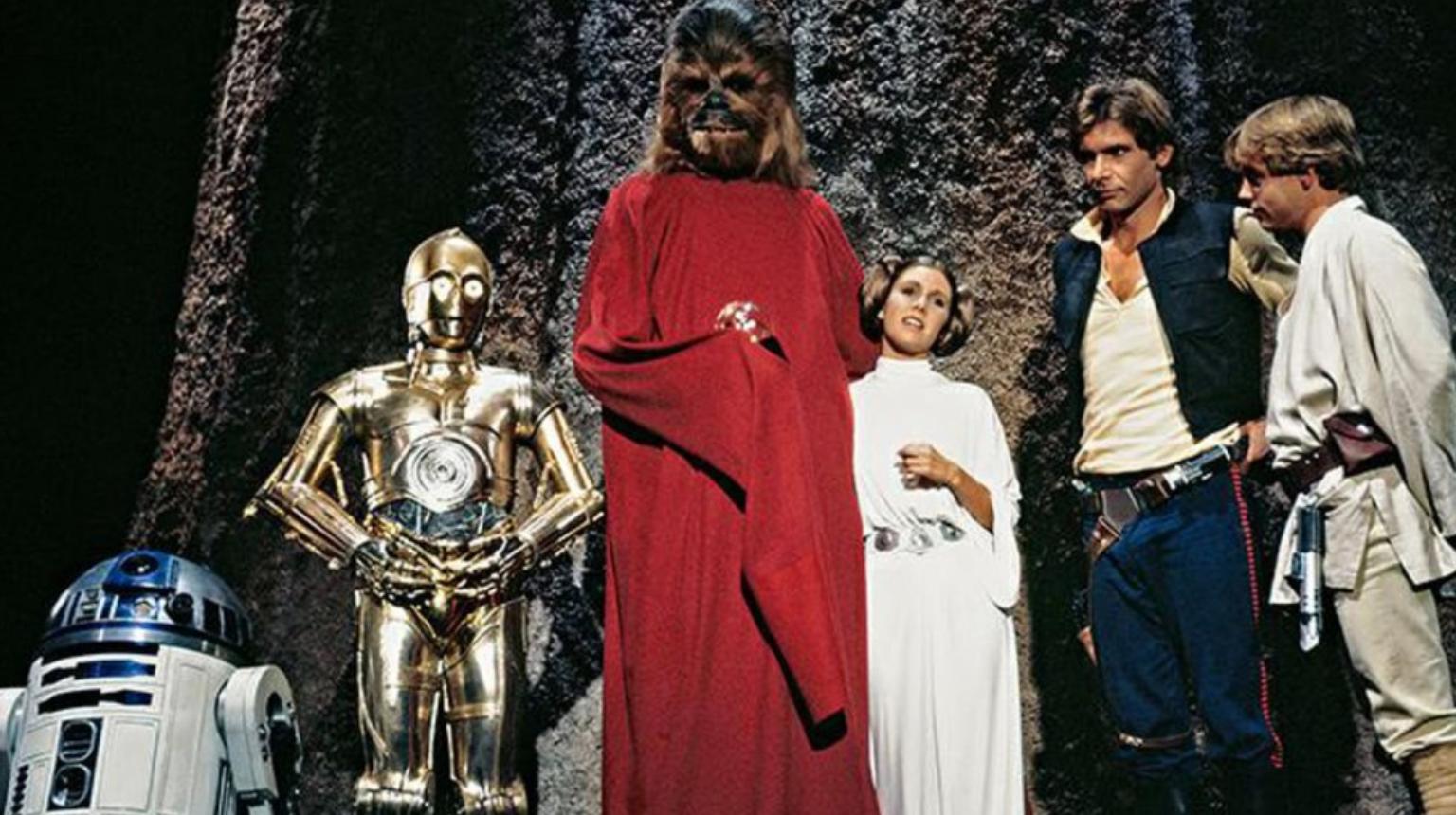 On the forty-second anniversary of The Star Wars Holiday Special, we finally got ourselves a good holiday special in LEGO form. But now, a documentary dedicated to explaining how the disastrous original came to exist is in development.

i09 has officially revealed that a fan documentary entitled A Disturbance In The Force: How The Star Wars Holiday Special Happened is being developed by directors Jeremy Coon and Steve Kozak, who previously worked behind the scenes on Napoleon Dynamite and directed the Indiana Jones fan documentary Raiders!: The Story of the Greatest Fan Film Ever Made. The philosophy behind the project is that it’s well-known the resulting Star Wars Holiday Special was a train-wreck of the highest caliber, but they wanted to get into the actual story behind what was initially planned to be a harmless toy tie-in and a promotional vehicle for The Empire Strikes Back.

The special told the story of Chewbacca’s attempt to get home to his family in time to celebrate Life Day, along with a two-part animated short serving as the debut appearance of Boba Fett, but the special was padded out with a lot of bizarre variety show content that left plenty of viewers confused, and George Lucas vowed that the special would never air again. It has since found life through decades of sharing bootlegs, and The Star Wars Holiday Special has generated a bizarre mystique around it – and now, the two filmmakers are set out to uncover why the first attempt to make Star Wars on television went so wrong.

The i09 article has some interesting insight from the people putting the documentary together about their hopes and aspirations, including the talent they would like to interview before they release the movie, and trivia about how George Lucas once planned to reveal that Han Solo had a Wookiee wife that we would eventually meet at one point in the development of the original trilogy. (Yes, really – if the testimony of one of the crew of The Star Wars Holiday Special is to be believed.) Meanwhile, you can check out the trailer below:

A Disturbance In The Force: How The Star Wars Holiday Special Happened is in development, with the current plan being to release the film in time for the next Life Day – in other words, November 17, 2021. Bootleg copies of The Star Wars Holiday Special, including some on YouTube, are the only way to watch the television movie. But seriously, unless you want to get drunk with your friends and riff on it, don’t do it. Just because you can doesn’t mean you should – and take it from me: whatever nerd cred that you think you’ll get from watching it really isn’t worth it. Meanwhile, you can check out The LEGO Star Wars Holiday Special – which is much better – on Disney Plus (along with our review of it here).