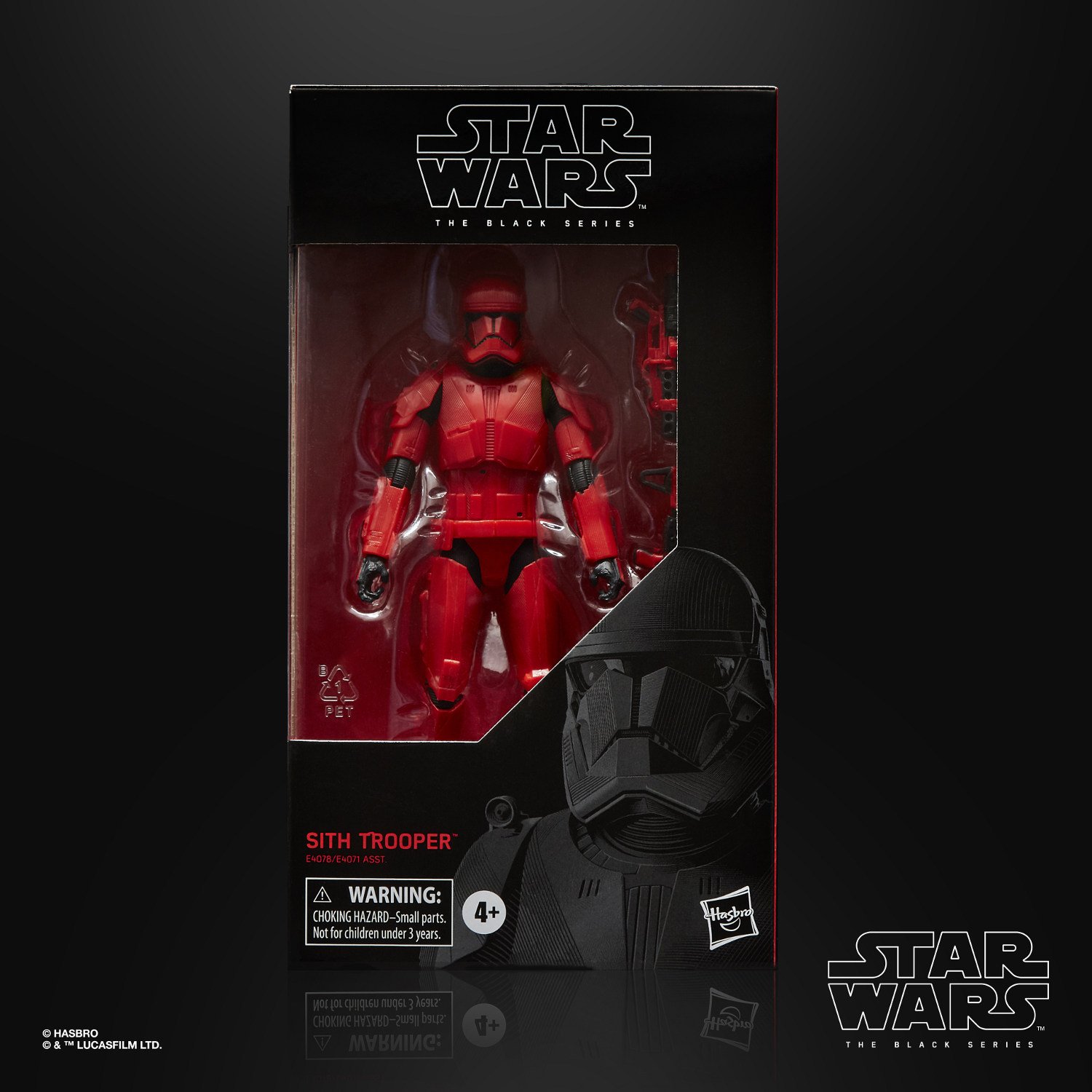 If you missed out on the Sith trooper figures at San Diego Comic-Con, fear not, as the Black Series Sith trooper is being re-packaged and made available at D23, as well as major online retailers including Hasbro themselves on September 4! Let’s check out the details.

(HASBRO/Ages 4 & up/Approx. Retail Price: $19.99/Available: Fall 2019)
Fans and collectors can imagine scenes from the STAR WARS Galaxy with this premium SITH TROOPER figure, inspired by STAR WARS: THE RISE OF SKYWALKER. The STAR WARS: THE BLACK SERIES 6-INCH SITH TROOPER action figure features premium deco and four fully articulated limbs, and comes with two SITH TROOPER-inspired accessories that makes it a great addition to any STAR WARS collection. Includes figure and 2 accessories. Available at D23 via shopDisney and in limited quantities at most major online retailers and HasbroPulse.com starting on September 4, 2019. 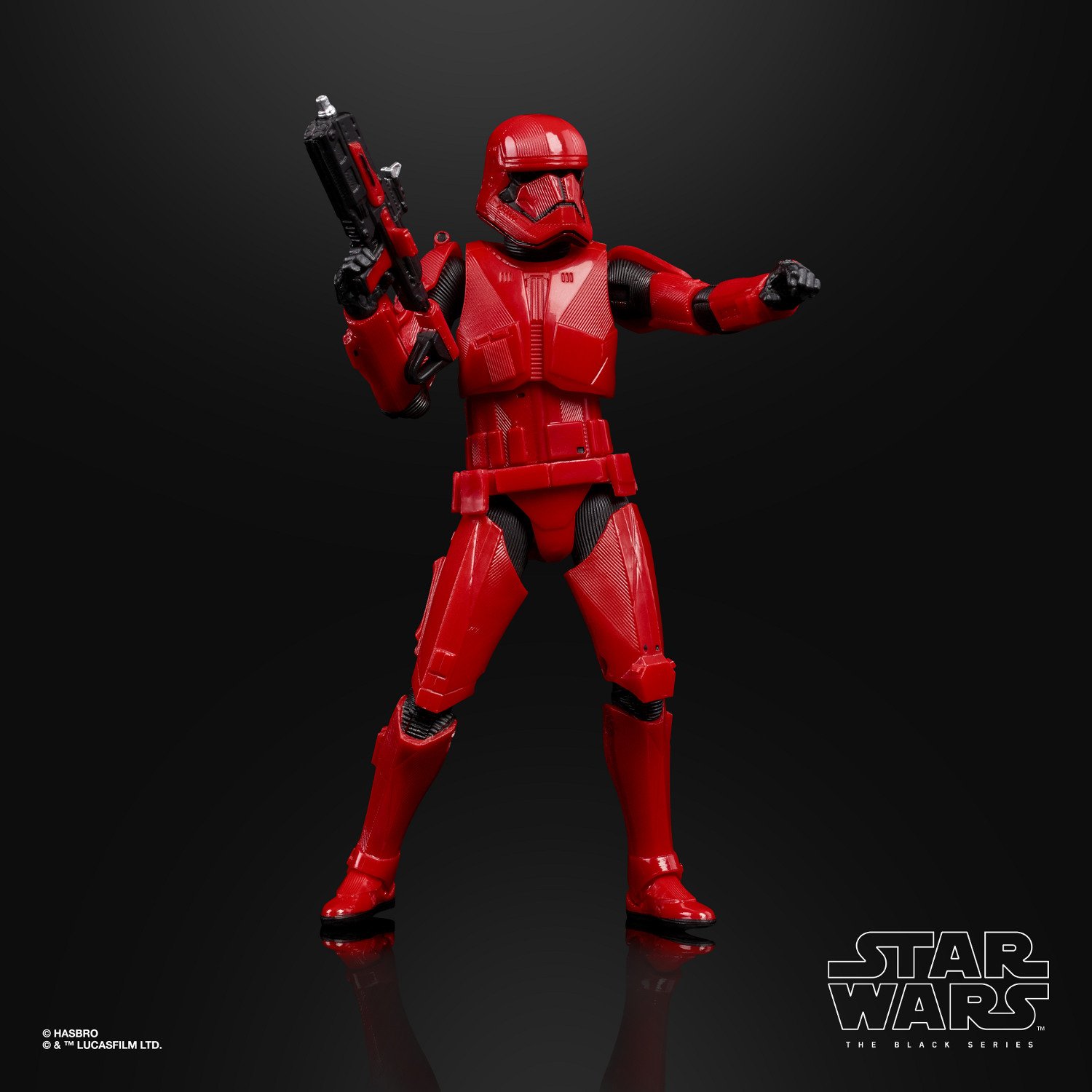 Many rumors are flying around about what role these troopers will serve in The Rise of Skywalker. We’ll find out in just over four months. One thing we do know, is that  their crimson armor certainly stands out next to all other trooper variants to date. Once more the Sith (troopers) will rule…your display shelf!