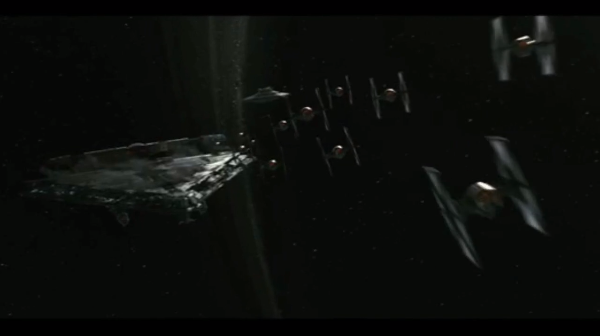 Another Star Wars: The Last Jedi TV spot comes and goes in 15 seconds, featuring a new quote from Luke, a new close-up of Rey, a shot of the First Order deploying their TIEs (shown above), and a little bit more of the highly anticipated Finn/Phasma duel.

Really not too much else to say here other than to point out that we’re two weeks away (give or take a few days, depending on where you live in the world) from seeing the movie. It’s so exciting!