In this new episode of The Star Wars Show Andi and Anthony give us the first official look at the new heavy walkers from The Last Jedi plus the hugely impressive new First Order Star Destroyer. Also Anthony sits down to speak with Dana Snyder, who voices Graballa the Hutt on LEGO Star Wars: The Freemaker Adventures and more.

As it was revealed in some toy leaks in the past, the name of the new walkers in The Last Jedi is AT-M6, which stands for All Terrain Megacaliber Six. 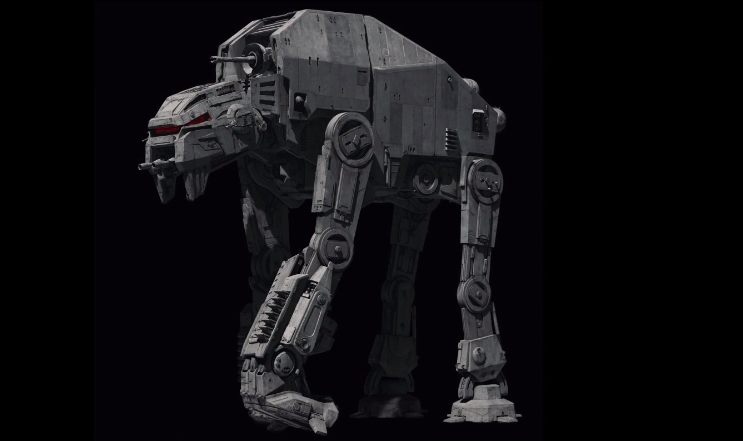 Also the new impressive First Order Star Destroyer in the movie will be called a Dreadnought. They will be more than 7 km long!!!

Now check out the full show below for more details on the new vehicles and more:

StarWars.com spoke with Kevin Jenkins, Lucasfilm’s design supervisor for The Last Jedi, who revealed some more details about these two vehicles. 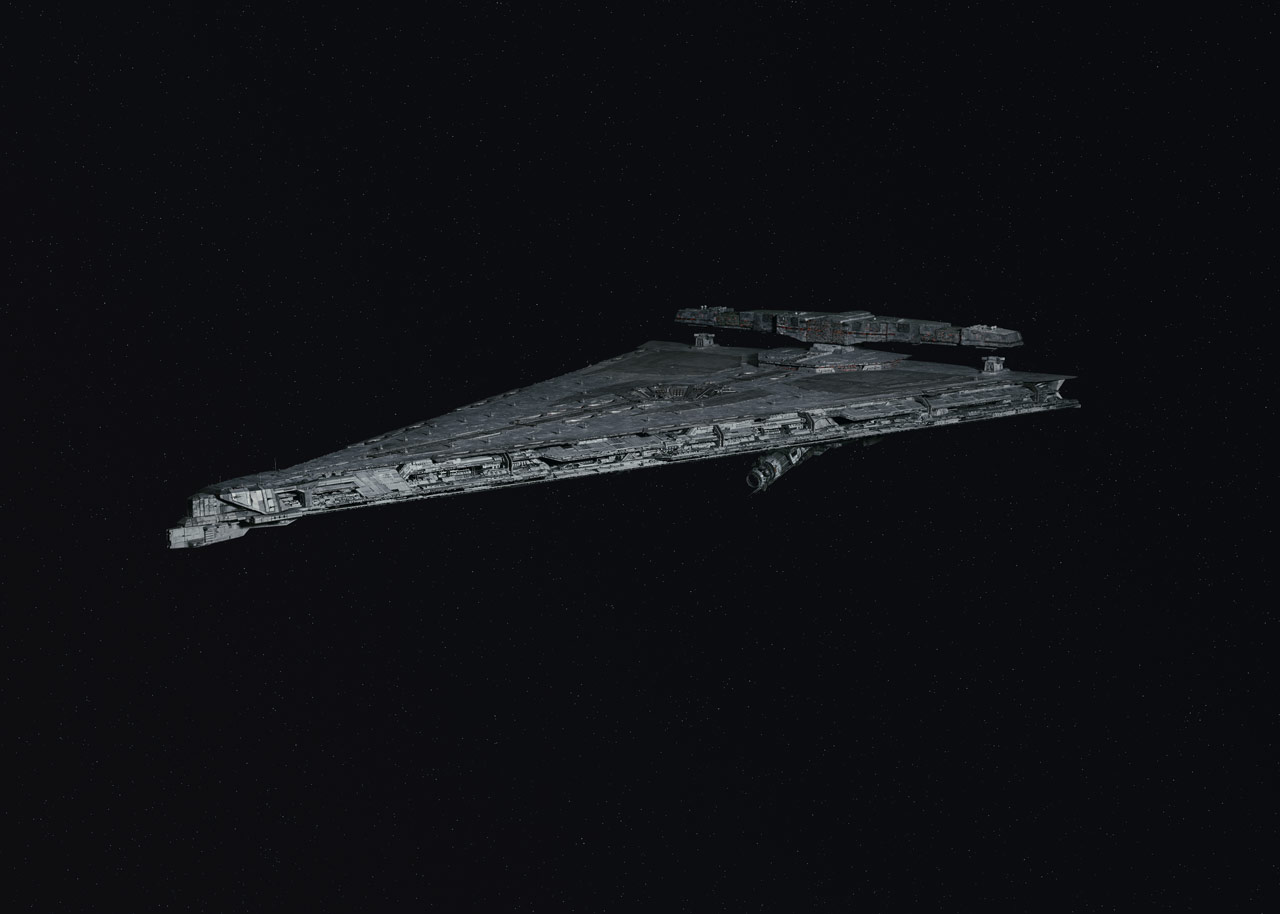 Basically, it evolved from story reasons because Rian needed a new battleship in the script called the Dreadnought. Essentially, it needed to be a ground-firing gun platform, and the other limitations that Rian put on me was he needed and required a flat surface with gun turrets on it. So basically, it’s an armored gunboat, an armored gun platform. It’s sort of a heavy artillery that’s much bigger than a standard Star Destroyer, about two-and-a-half times the size of a standard Star Destroyer. 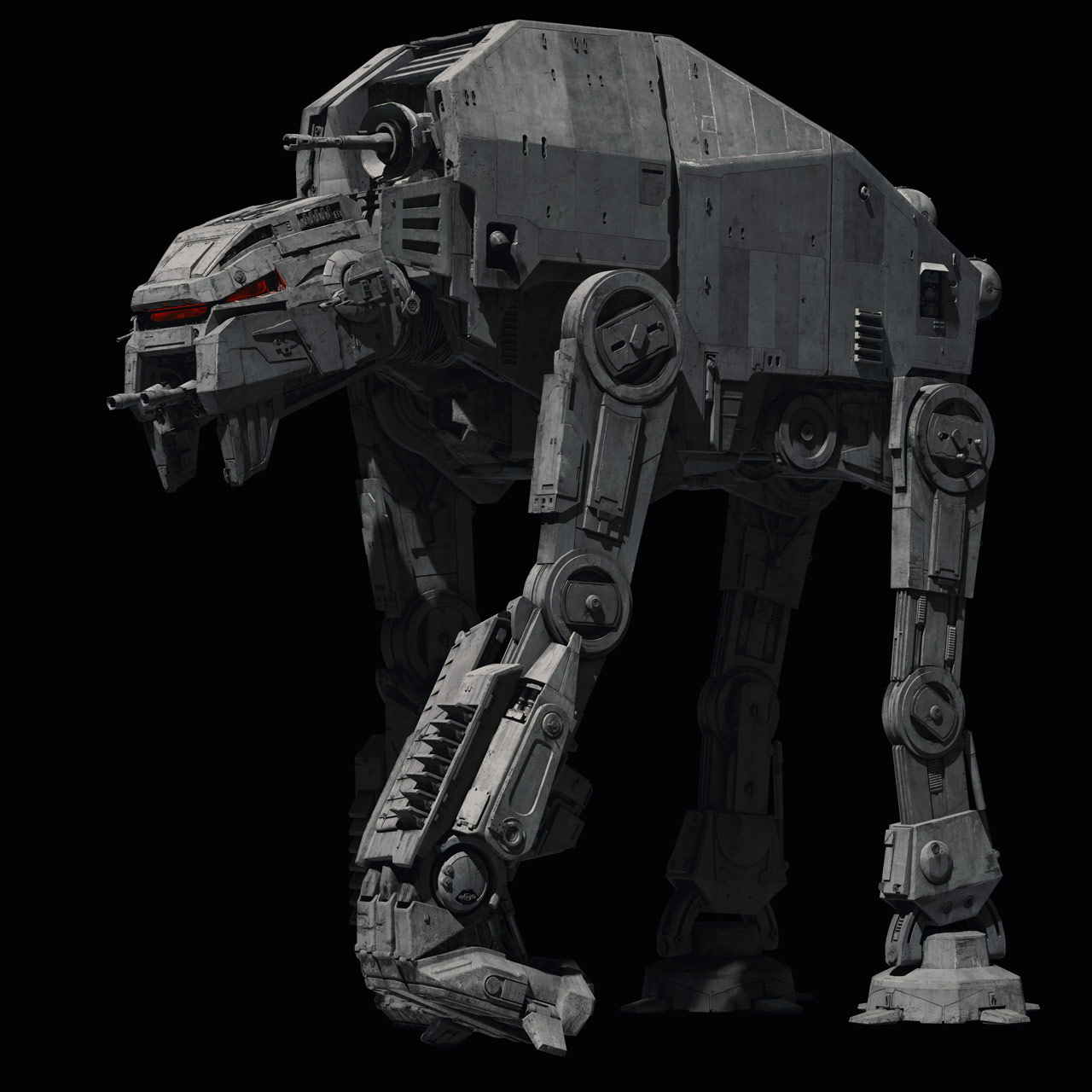 “A walker, to me, it’s essentially a Panzer tank mixed with a dog.” One of the questions that tied us up a lot is the fact that they’d been taken down by snowspeeders in The Empire Strikes Back, and it felt like everyone else is trying to avoid the problem of a four-legged version of a walker because they had been defeated on Hoth. So I sort of took that on board and I suggested to Rian, “Well, instead of a dog, what about a gorilla?” I can’t remember why I said a gorilla, but I just said, “They have a great stance, they are very aggressive,” and that’s how the idea of the gorilla came. And literally in profile, I molded it over an actual photo of a gorilla to get the initial base pose.

The front legs are very heavily armored, and you can see can almost up to the forearm. And again, that’s my take on, “You can’t take these down with a snowspeeder.” They’ve armored up the front or maybe they just cut the ropes because they are too big now. Also, the way they are balanced now is like a gorilla, because their knuckles are turned backwards and they’ve got very high shoulders. They are a completely different poise. Maybe they could even sort of kneel down or something.

Jenkins also revealed that the AT-M6 is almost twice the size of the original AT-AT walker.

For the full interview make sure to go to StarWars.com.