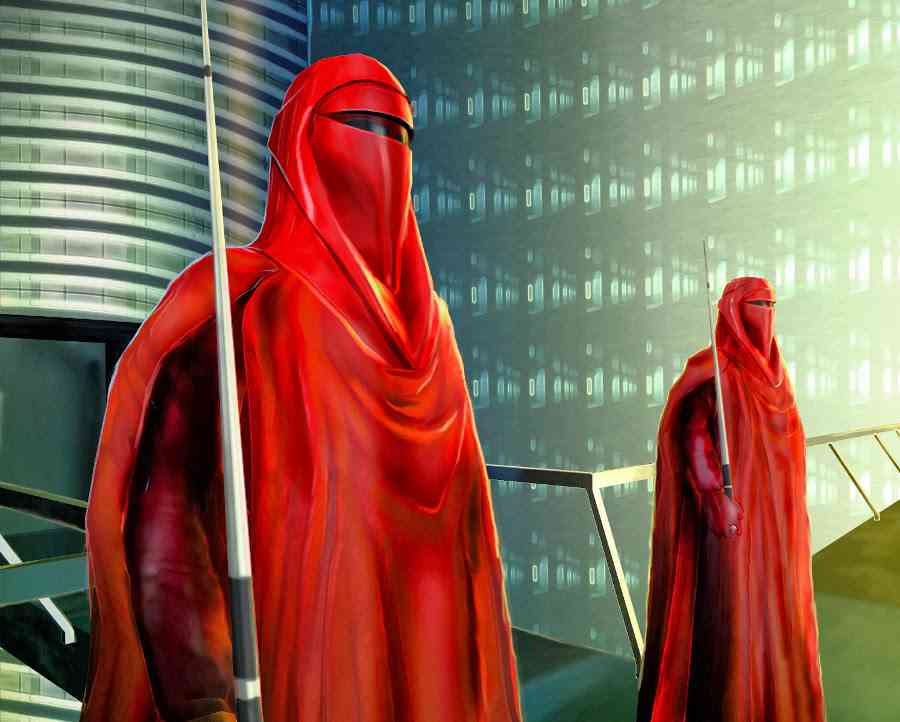 From the looks of things, it appears as though Snoke will have guards of his own like the Emperor’s (shown above). Some new content leaking out ahead of Force Friday has come to surface, showing what the Elite Praetorian Guard look like up close.

First up we have a look at a Praetorian Guard in what looks to be solid First Order territory (image originally found here). The guard appears to be standing in front of a throne here. 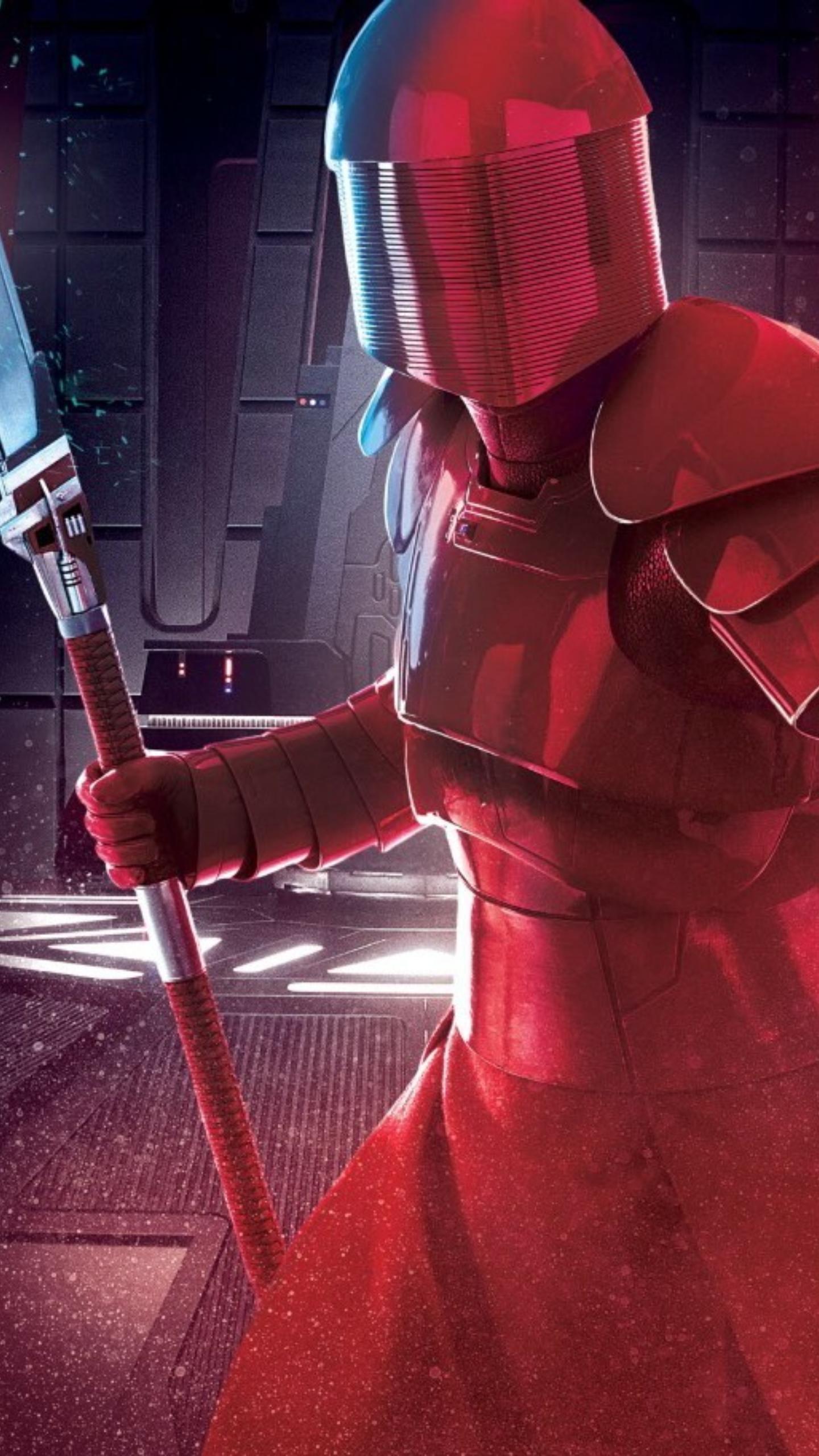 For this guard, at least, it looks like we can finally tell how he’s able to see – there are several visor lines that allow for one-way vision, much like a fencing mask does. This is, of course, presuming that the Elite Praetorian Guards are human and aren’t just spruced-up Battle Droids, who theoretically don’t need eye-like optic devices to assess the situation at hand.

Quick tangent I’d like to make before we get a look at the other image – the background on this scene from the BTS reel looks reminiscent of the middle portion of the background in this shot, which has what looks appears to be the same throne: 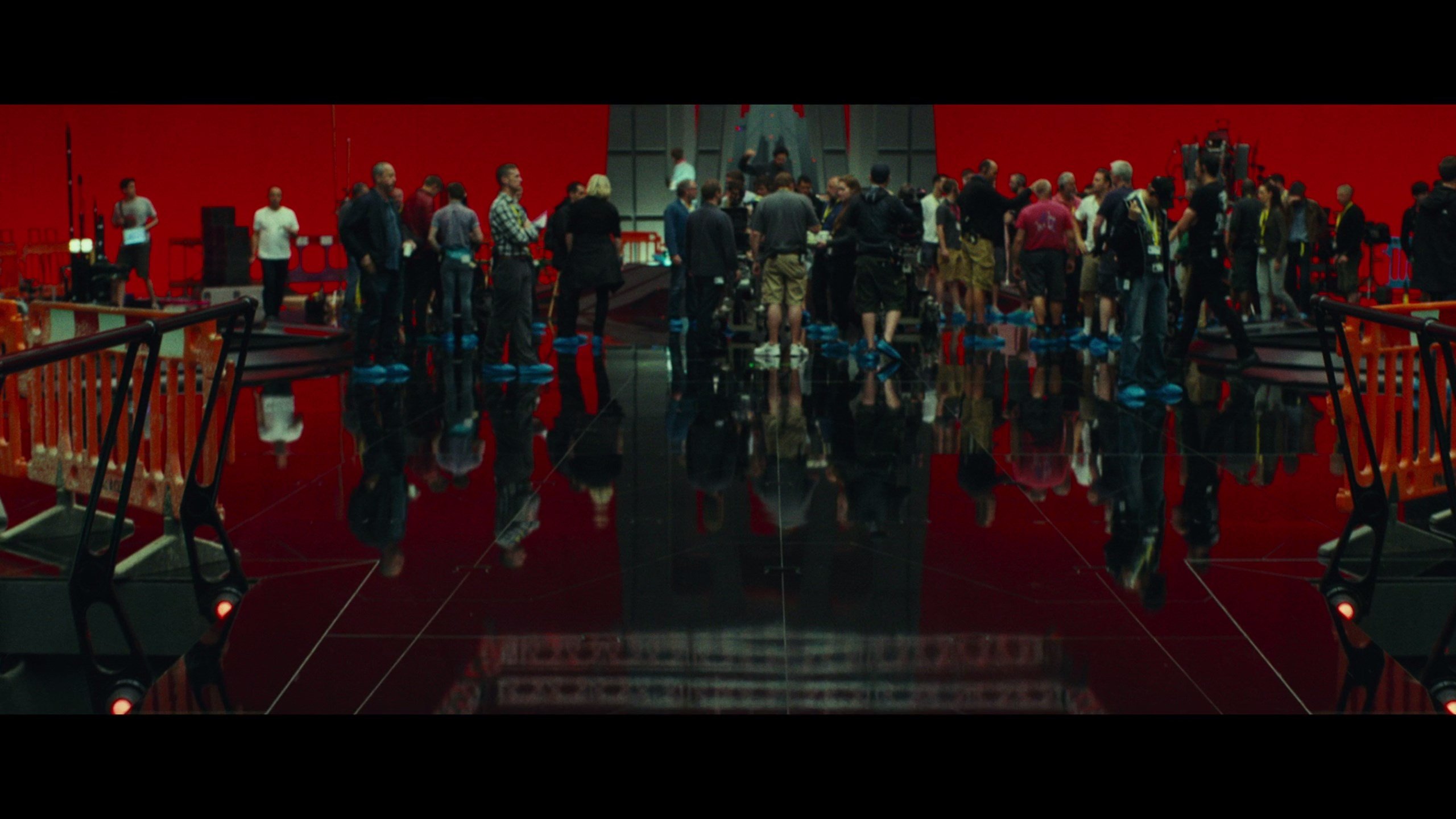 Also worth mentioning – off to the right is a torture chair that appears to be the same kind that was used on Poe and Rey in The Force Awakens. Perhaps things don’t go so well for Finn and/or Rose when they infiltrate the First Order’s inner sanctum? In any case, if the background in the promotional image represents what is in the movie, then it’s safe to presume that these guards are going to be very close to Snoke.

Finally, there’s another look at the Elite Praetorian Guard in front of the First Order insignia, but I can’t tell whether or not this is fan art. I’m leaning toward it being real, but I’m not 100% sure here. 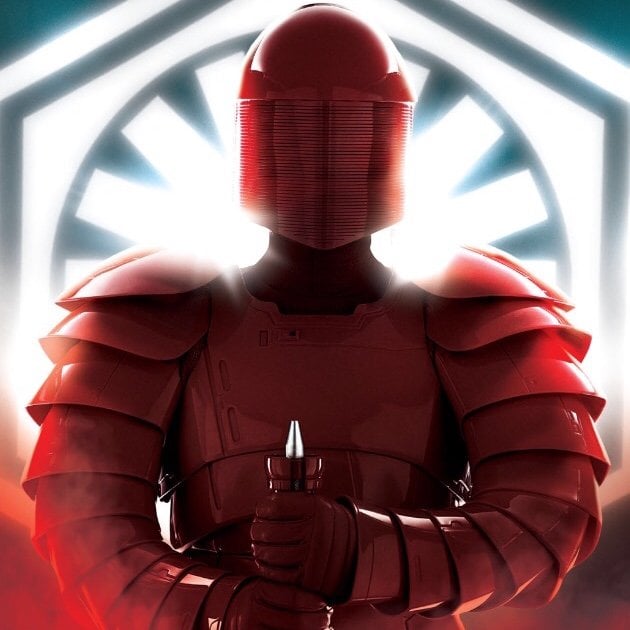 Something about the lighting makes me feel like this is fan art based on the images of these guys that have leaked already, but at the same time it feels like it’s “official-looking” enough to actually be, well, official art for promotional purposes. Thankfully, Force Friday is in less than a month, so we won’t have too long to wait to find out whether or not the second image is real.