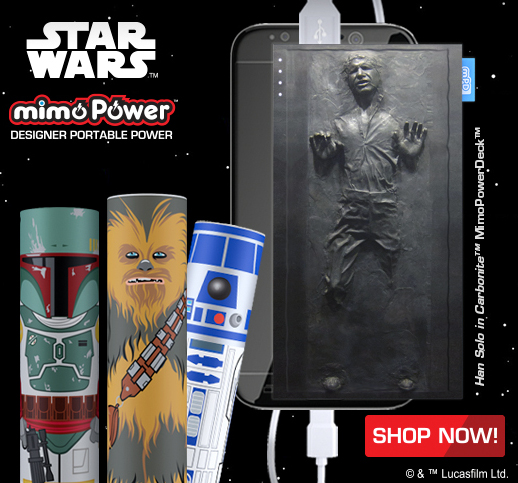 Our friends from Mimoco were generous enough to offer several cool prizes from their Star Wars line to our readers. They recently released the “Han in Carbonite” MimoPowerDeck, an 8000mAh dual-charging portable power bank, which became an instant hit with the fans. Read on for the details how to win one of these power decks and several other prizes from Mimoco.

Since 2005, Boston-based design house Mimoco has fused the art of contemporary characters with the functionality of mobile accessories. Mimoco is renowned for their flagship collection of MIMOBOT® designer USB flash drives and their ever expanding line of mimoPower® backup battery chargers and mobile accessories.

The distinctive character-based Mimobot line offers 8GB to 64GB of flash memory storage and transport for all your most precious music, docs, pics and other personal data bits and bytes. The Mimobot and MimoPower collections are available in several co-branded ranges of iconic franchises, have functioned as a canvas for indie pop-artists, and in some cases have originated from the minds of our fans through design challenges.

In this giveaway you can win: 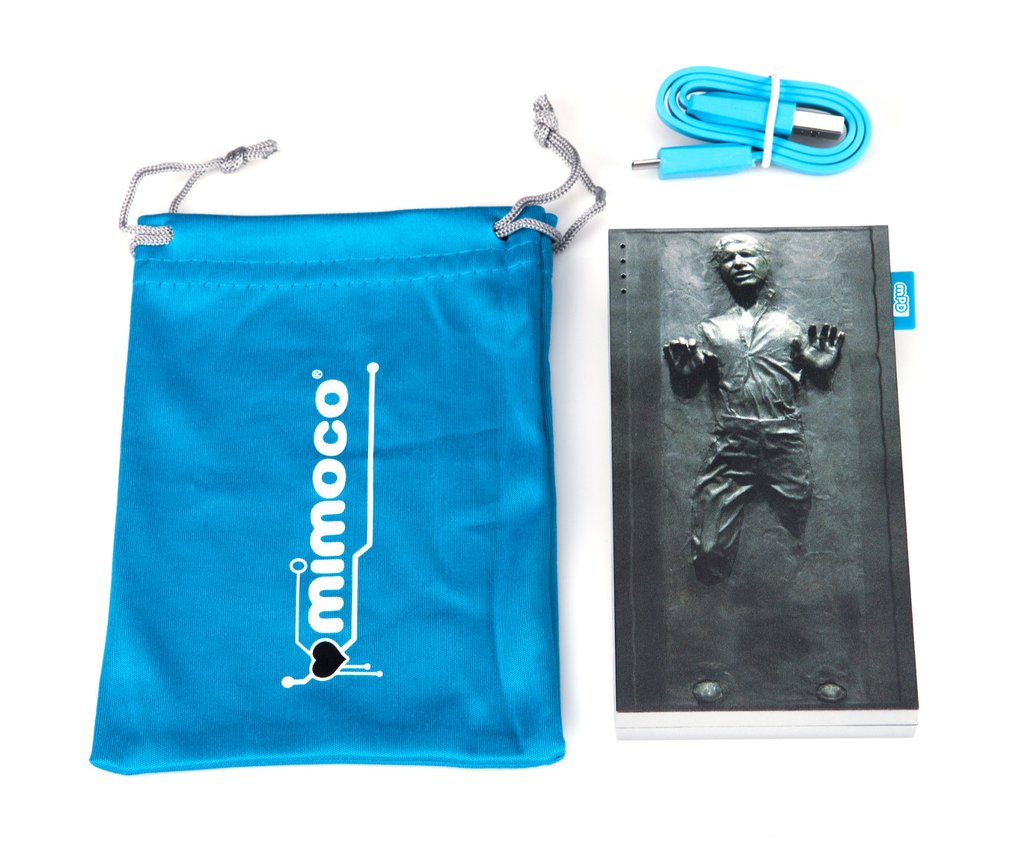 Han in Carbonite MimoPowerDeck has a maximum charging output of 2.4A across dual USB charging ports. 8000mAh of power can charge most phones up to four times and is compatible with both iOS and Android devices! Do you need to charge something other than your smartphone? Not a problem, with MimoPowerDeck you can also charge most USB powered electronics that have a 5V input such as tablets, digital cameras, game controllers, and e-readers to name a few. 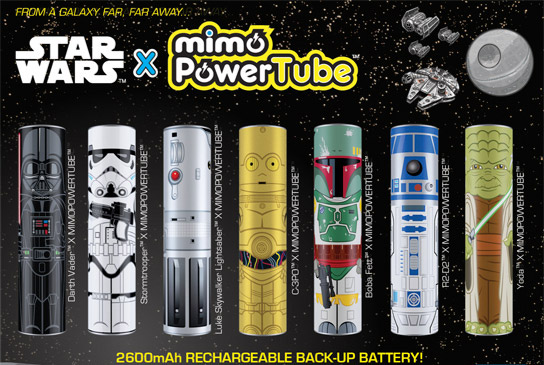 The MimoPowerTube is a 2600mAh rechargeable backup battery that is compatible with a variety of devices which includes smartphones, tablets, and other 5V USB powered electronics. Capable of providing a charge to your iPhone or Android.

Features include a power button, four level LED light charge level indicator, 1A output, and a smooth matte finish. At the touch of a button you can check to see how much power your Star Wars backup battery has before it needs to be recharged again. The Star Wars MimoPowerTube2 line up has several fan favorite designs from across the galaxy. Each charger comes complete with a MicroUSB cable and microfiber carrying pouch to keep all your pieces together. 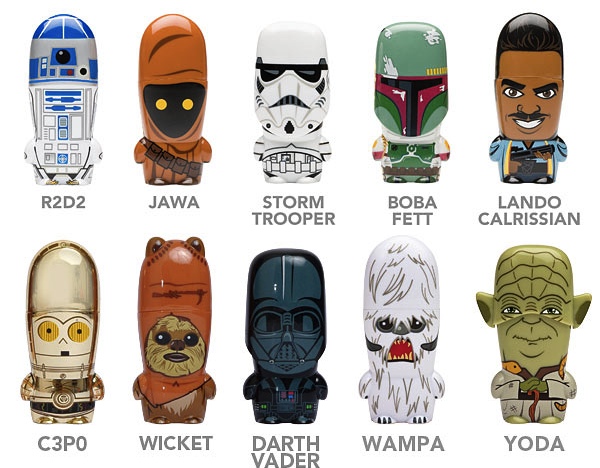 16 GB USB Flash Drives designed after several famous Star Wars characters. They are Mac/PC compatible with a one-year limited warranty. The drives are pre-loaded with digital Mimory extras like wallpapers, icons, and more!

For a chance to win one of these cool five prizes just complete the form below. The contest is only for US residents. Good luck.

The winners have been picked. You can see their names in the form above.

Elizabeth gets the Han in Carbonite Power Deck.

Tyler and Katie get a Power Tube by their choice.

Weston and Sherri get a USB by their choice.