Brace yourselves! We are getting closer to The Last Jedi, and you know that’s the case when we are seeing leaked images of cans of soda! The marketing machine is locked and loaded to be unleashed to the masses, and we happen to have gotten a glimpse at some of them below. My instant reaction was a flashback to 18 years ago, when Pepsi Co. released commemorative character cans across all of their brands for The Phantom Menace. At the very least though it does gives us another look at one of these rumored new red guards in the film, so some minor visual spoilers ahead!

Thanks to TheForce.net, we see four new energy soft drink cans, two of which contain new red guards from The Last Jedi.

The new guard shown in the far left can appears to be “at attention”, in a stationary stance, perhaps waiting for some direct order to engage/attack. Thanks to a piece at MSW, posted a few days ago,  including a drawing by lumberjacknick, we can get a solid look at the guard entirely. Ultimately we have a fresh new look at a potential new character in The Last Jedi.

MSW’s Jason Ward’s description of the guards’ appearances from the same article linked above:

These guards are called Elite Praetorian Guards and they all have different weapons like nunchucks or double-bladed fighting sticks. They all have different helmets and fabric ornamentation but the core armor set on the chest and the arms appeared to be the same to me. The chest and the arms being the same really gives them all a sameness while allowing them to have some individuality. They also have red boots on that is obscured on the particular guard.

There is no confirmation on how much of an impact these new guards will have in the film, or if all of these leaking designs will even make it to the final cut, but it appears as though they will all have a unique look to them regardless, including different weaponry (aka, a lot more action figures and merchandise to make and sell!). You action figure collectors will likely remember one of the first figures released for The Force Awakens didn’t even make the final cut of the film. That’s not to say these guards (who are arguably more important than some desert outpost law officer) won’t either, but if a full on released action figure didn’t make the film, there’s no promise these guards on a yet to be sold energy drink will. 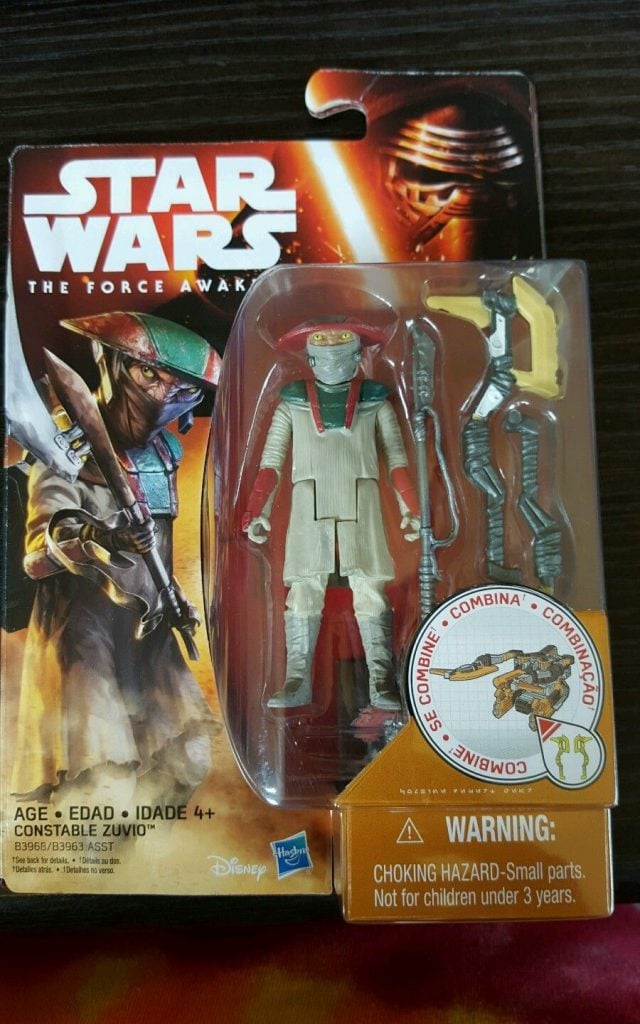 Constable Zuvio who was cut almost entirely from The Force Awakens

I do want to go back to David Kamp’s AMA with Rian Johnson for Vanity Fair, in which Johnson surprisingly, and bluntly, said Snoke wasn’t a character he particularly got into in The Last Jedi:

“I asked Rian Johnson about Snoke—Who/what is he?—and Rian was fairly up front in saying that Snoke is not a character he particularly gets into in TLJ. Hmmm.” 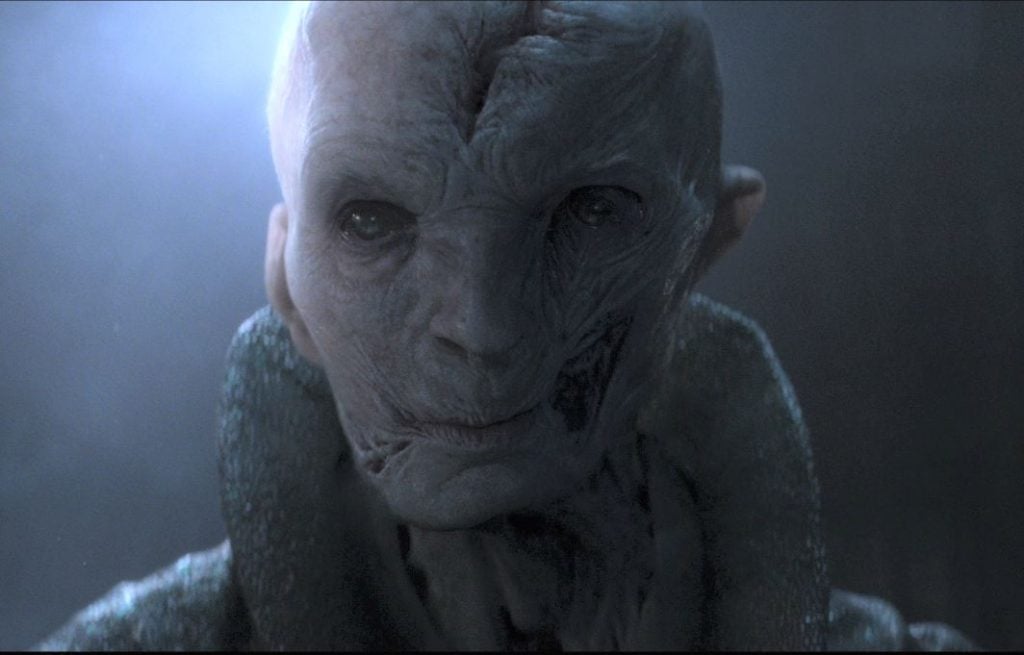 It is possible these guards are dispatched to battle, but then that really wouldn’t make them very good guards would it? My guess is most of these guards stay with/around Snoke at all times, not only to keep the lonely guy company, but to also help defend him. Granted we don’t know how powerful Snoke is with the Force, but we do know he is scarred, and appears rather brittle physically. Now if Snoke isn’t a character Johnson really gets into for the second installment in the trilogy, and these are his guards, we can speculate that they won’t appear much in the film either. It is possible that we see glimpses of them, and they are set up for a bigger role with more action in the next installment (hello Captain Phasma).

Either way we will find out for sure in a short six months. At the very least the guards’ new and individually unique designs give us something to be curious about and lets our imaginations run wild with ideas, and isn’t that why George Lucas created Star Wars in the first place?

If you’re up speculating about all of this because you’re hopped up on these energy drinks, you can find my profile, which is canon, on Twitter @JohnnyHoey.