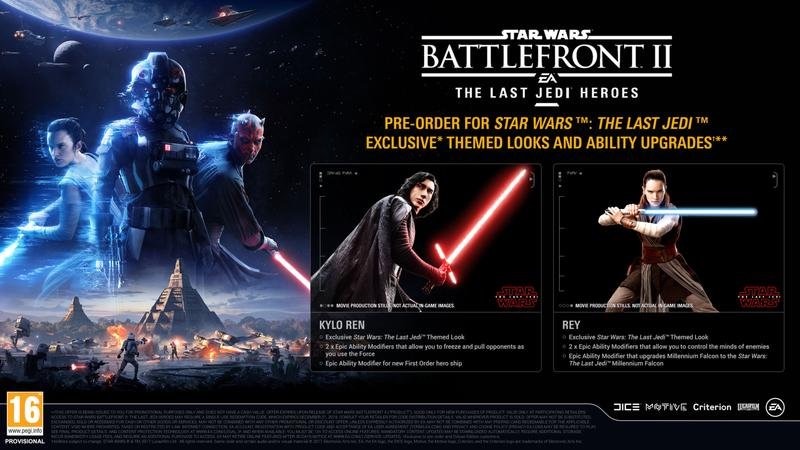 A new shot from the upcoming EA game Battlefront II shows Kylo Ren and Rey from The Last Jedi. This shot gives us a more detailed look at Rey’s new outfit in the film, in addition to some possible character and power traits we can expect to see.

Kylo Ren and Rey from Battlefront II cropped and zoomed

What do you think of Rey and Kylo Ren’s new looks? What are your takeaways from these images and the modifier descriptions? Sound off below and also let me know on Twitter @JohnnyHoey. “For my ally is the Force, and a powerful ally it is.”

Here’s a better-quality look at the film stills of Rey and Kylo Ren. (As explained in the fine print seen above, these are not in-game renders of these characters.) 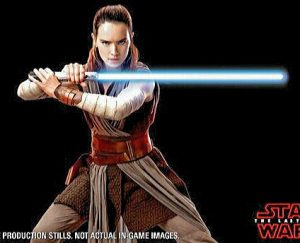 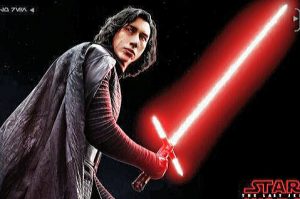 Thanks to Boom Da Funk of Tumblr for providing these images.