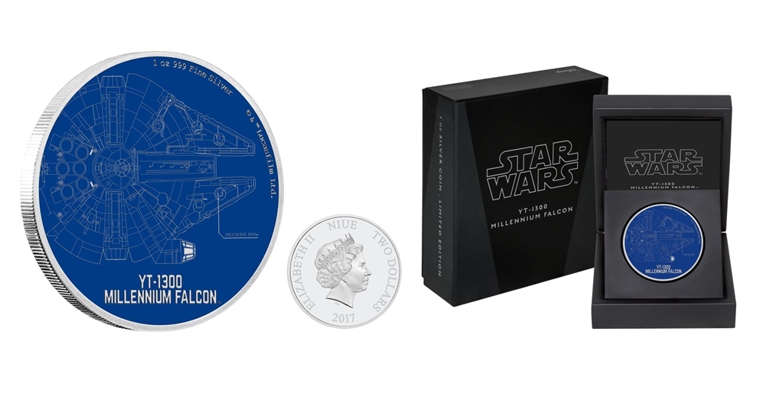 This stunning 1oz silver coin kicks off the new Star Wars Ships coin collection from New Zeland Mint. Demand is sure to be high for this one, so don’t delay and start your collection today before they disappear into space!

This officially licensed coloured and engraved silver coin features part of the design blueprint for the YT-1300 Millennium Falcon. The coin comes presented in a high-quality Star Wars branded and stylized coin packaging. The Certificate of Authenticity sits within the coin case and there is a limited worldwide mintage of only 10,000 coins.

Despite her humble origins and shabby exterior, the Millennium Falcon has played a role in some of the greatest victories of the Rebel Alliance and the New Republic. The Falcon looks like a worn-out junker, but beneath her hull she’s full of surprises. A succession of owners, from Lando Calrissian and Han Solo to Gannis Ducain, have made special modifications that boosted the freighter’s speed, shielding and firepower to impressive – and downright illegal – levels. The price of such tinkering? The Falcon can be unpredictable, with her hyperdrive particularly balky. Despite her flaws, she’s beloved by her owners – Han Solo and Chewbacca have spent years searching the galaxy for the ship they once called home.

INTERESTING FACT: The Falcon was built in several different sizes. Complete models of the Millennium Falcon ranged from very small — small enough to fit in the palm of a hand — to over four feet. An almost full-size replica of the ship’s exterior was made for The Empire Strikes Back. It measured almost 60-feet-long.

If you are keen to be one of the first to hear about Star Wars coin releases from NZ Mint, you can find them on Facebook, Twitter or sign up here to get Star Wars coin news emailed directly to your inbox! 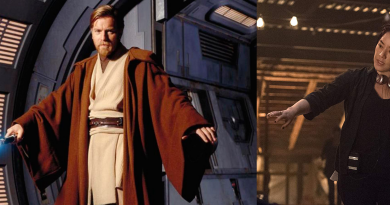 Update! Rumor: The Obi-Wan Kenobi Disney Plus Series to Start Shooting in January 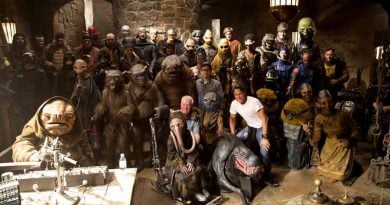 Guest Post: The Alien Issue in the Star Wars Sequels 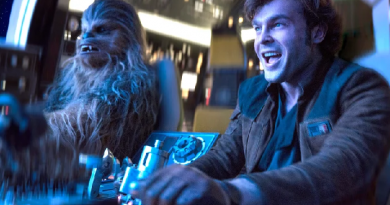