Music makes a substantial difference in the way a scene plays out on film, and Star Wars is no different, as some alternate compositions for The Force Awakens have just been re-edited into the scenes they were originally intended to appear in. Two particularly villainous moments originally had other backing tracks to them – one of which sounds something like a First Order equivalent of the Imperial March.

Let’s start with the scenes as they appear in the theatrical cut of the film, with the final version of the score playing in the background (refer to the time stamps for later).

As you can see, both scenes have ambient accompaniments that emphasize the performances of the cast over the actual actions the characters take. But as it turns out, it was the other way around at one point – these two scenes had tracks that were much louder and more action-driven.

While this audio was actually obtained through the efforts of a dedicated fan on the John Williams Fan Network (starting on this post and going through much of the remainder of that thread), the content only recently resurfaced on Reddit’s Star Wars Leaks board. The two pieces are pretty distinct from one another and are separated by the line “BEN!” at about 0:54. They can be heard here. Though the audio rip isn’t completely clear, it’s good enough that you can get an idea of where these two pieces would have been used in the film itself without necessarily having to watch these two scenes. But a few fans took it the extra mile and did what they could to restore the original soundtrack to these scenes – Dropbox user Will 123 handled restoring the First Order Theme to Hux’s scene, while Reddit user Quesen managed to mix in the original audio that Kylo Ren’s most heinous act was set to. The first clip changes in the sense that some of the raw emotion that’s coming off of Armitage Hux’s scenery-chewing Nuremberg Rally speech is hidden behind the rousing anthem – but at the same time, there seems to be a sense of grandeur to it that’s not present in the theatrical version of the scene. The crescendo at the end is what really sold me on the unused take, and I really wish that they would have gone ahead with using it – if nothing else, for that closing part as Hux emphasizes that his weapon will signal the end of the Republic.

Meanwhile, the second clip with Kylo Ren is given a much more ambiguous, sinister-sounding track at the beginning instead of the falsely-hopeful score that indicated that he nearly was going to go back until he made his climactic decision. I personally feel as though this was the right call to make, as the original score doesn’t give off the impression that Kylo Ren is as conflicted as the other canon material (the novelizations and the reference sources) suggest that he is – and I felt that I was left waiting for the upcoming stabbing instead of wondering whether or not he was going to relinquish his weapon. That being said, I thought that the scare chord that plays when Kylo Ren did the deed was more effective than the chord that you can quietly hear right before Chewie’s big “NO!” moment, as it makes an already-traumatic moment all the more shocking. Aside from the scare chord in the middle, I feel as though the remainder of this piece would have been better suited to a different scene altogether (such as the flashback scene of Ben Solo’s turn to evil that we’ll presumably get in The Last Jedi) – while it establishes how much of a big deal the death of Han Solo is to the audience, it almost seems a bit too bombastic considering the quietness that preceded it (in either version, mind you). I greatly prefer the theatrical version for another reason – it segues into Leia’s reaction perfectly, whereas a booming, dark rendition of the Force Theme wouldn’t really suit her realization that her son has killed her husband.

Again, the rips aren’t completely perfect and we don’t know how the scenes would have been mixed if they had kept the original score, but as it stands, it’s always interesting to get a look at what might have been. Neither of these compositions are bad, but it may have been for the best that they were changed – and hopefully, John Williams can repurpose them for The Last Jedi and Episode IX. I would highly recommend that you go through Fennel Ka’s posts in the John Williams Fan Network thread to listen to the rips, as they are interesting compositions. 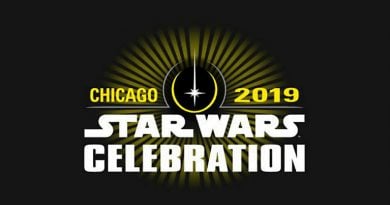 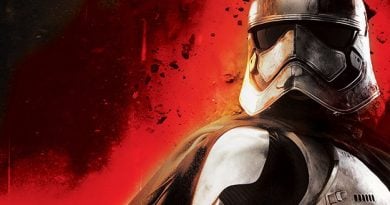 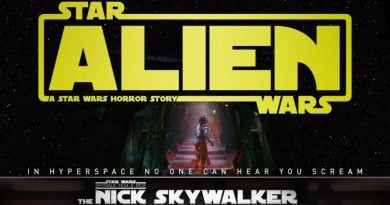 From Our Aliens to Yours: SWNN Wishes Alien Fans a Happy Alien Day!