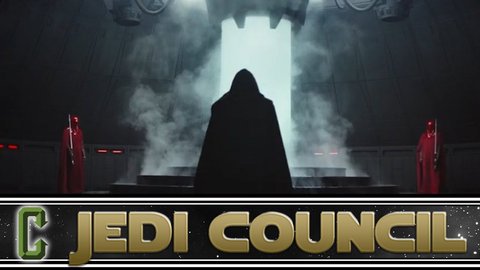 On this Episode of Collider Jedi Council:
Mark Ellis, John Campea, Tiffany Smith and Jeremy Jahns kick off the show with in depth discussion on the story of a new and final trailer for ‘Rogue One A Star Wars Story’ being attached to ‘Doctor Strange in October, Felicity Jones comments about director Gareth Edwards shooting style, Valene Kane confirms she’ll be playing the mother of Jyn Erso’s in ‘Rogue One’, Hot Toy’s Darth Vader, Stormtrooper and Shore Trooper reveal, more on the Young Han Solo spin-off hiring of ‘Arrival’ cinematographer Bradford Young, “Maul” Returns in a Rebels episode, ‘What’s the Deal with Canon’ and ‘A Short Time Ago, In a Tweet Far, Far Away…’, and much more!