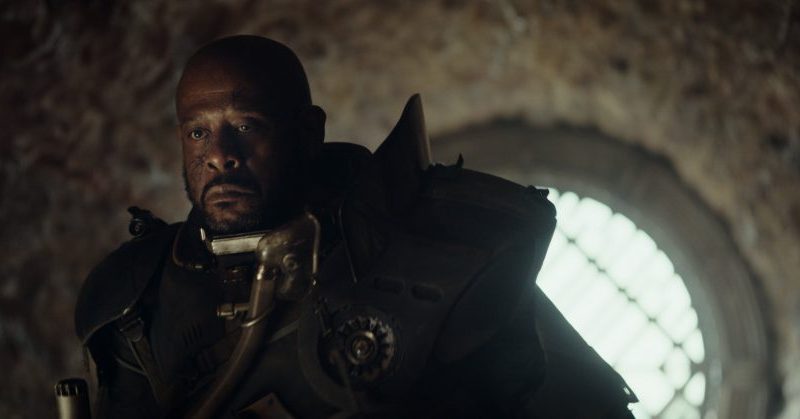 Entertainment Weekly has posted their fourth article for the week with new revelations about the highly anticipated first Star Wars stand-alone movie. This time they focus on Rogue One: A Star Wars Story’s character Saw Gerrera, played by actor Forest Whitaker…

The new trailer for the highly anticipated “Star Wars” film is just hours away from becoming reality. As we patiently await, Entertainment Weekly’s Anthony Breznican has revealed yet another exclusive story about the upcoming Rogue One film.

This one deals with galactic freedom fighter Saw Gerrera, a human male who fights against the Empire and its new stranglehold on the galaxy. Saw is portrayed by actor Forest Whitaker, who takes the character’s backstory from the animated Clone Wars TV series and brings it to life in the new live-action ‘Rogue One’ film.

Tonight, we may get an opportunity to get more from Saw and other Star Wars characters in the announced new trailer for Rogue One which will air during NBC’s broadcast of the Olympic Games in Rio. 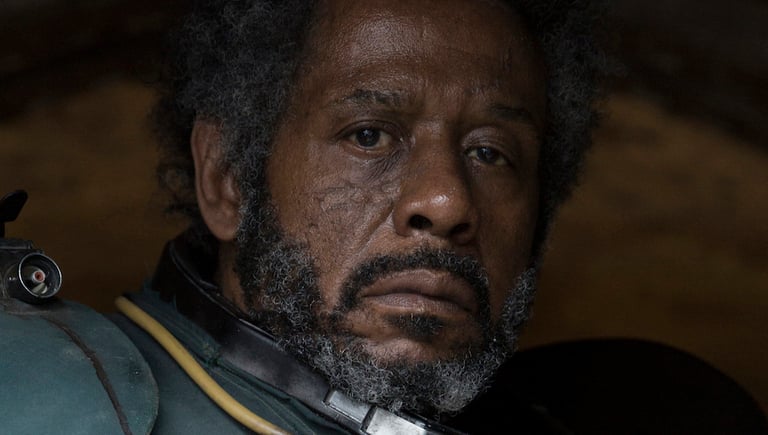 In a chat with Entertainment Weekly, Forest Whitaker confirms that his ‘Rogue One: A Star Wars Story’ character Saw Gerrera shares some similarities to Darth Vader. The actor said that he and Vader both rely on technology to keep them alive.

“This is his armored suit for flight, but also for maintenance,” Whitaker told Entertainment Weekly. “He’s been through so many conflicts and many wars, so it’s also about [repairing] some of the many injuries he’s had. He wears it all the time.”

A man with a raspy voice. His body locked in life-giving armor. His face, as well as his soul, scarred by the violent actions of his past. We’ll see two such figures in Rogue One: A Star Wars Story, both of them friends who once fought alongside each other before the rise of the Empire. One is Darth Vader. The other is Forest Whitaker’s extremist freedom-fighter Saw Gerrera. 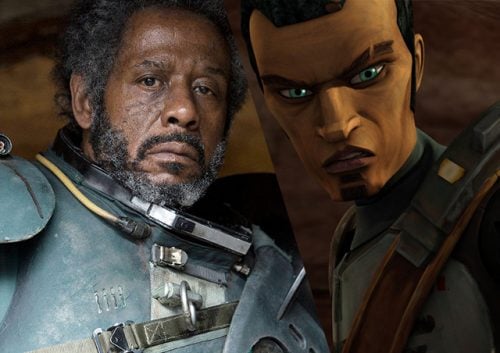 Gerrera, a militia warrior from the occupied planet Onderon, parted ways with the Sith lord when he was still a bellicose young Jedi named Anakin Skywalker. Now they are sworn enemies across the galactic divide, although both are hardliners who aren’t timid about using brutal tactics in the fight to control the galaxy. 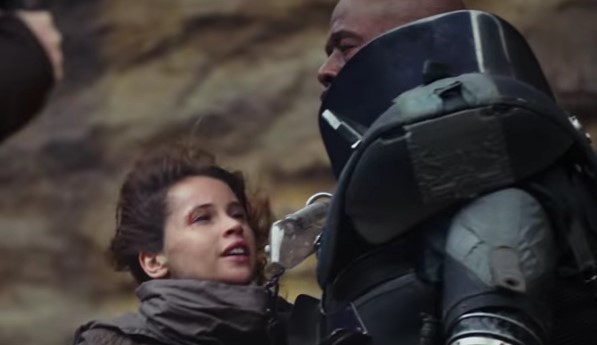 “He’s really close to her, and they have a very powerful relationship,” Whitaker says. “He’s talking about how you maybe make compromises that may harm people, or may harm the situation, or people may question it, but if you’re doing it for the good, there’s a positive thing about that. But what does it make you become? And how do you change as a person?”

The actor briefly touched on the interesting topic about his change in appearance in the trailers:

Some theorized that this was a alteration brought about during reshoots for the movie, but Whitaker says it’s a switch that happens within the story. Given the extra gray in his beard, maybe we’re seeing Saw at two different stages of his life.

“We made some decisions about how the character was progressing. They had a lot of opportunity to make tweaks and different things,” he says. “You’ll see both.”

For the full interview go to EW.

Check back for more Star Wars news at SWNN 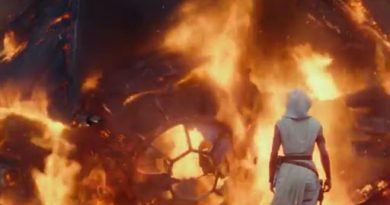 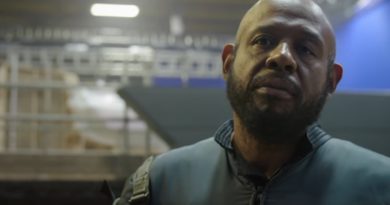 Update! More than 1 Hour of Behind the Scenes Interviews with the Rogue One Cast! 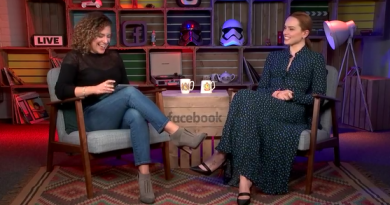