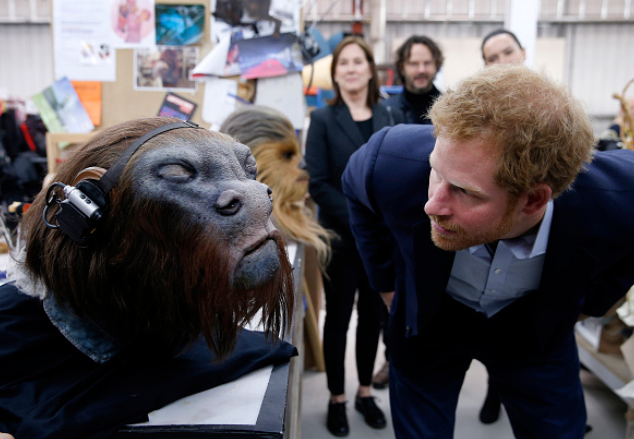 It’s another week with the most interesting Star Wars posts from the social networks. Read on for the latest from Mark Hamill, Daisy Ridley, Pablo Hidalgo and many more.

It appears that Jabba’s palace is in the new novel Bloodline. Stay tuned for our review on May 3.

In one paragraph, @claudiagray makes Jabba’s palace a more horrific den of unbridled killers than any #StarWars author before her.

This is the first shot ILM has completed in their long and fruitful career.

This was the first shot completed by ILM. #starwars #NABShow pic.twitter.com/o5bgLezVr4

And some more bits revealed from this year’s NAB event by Co-Producer Ben Rosenblatt:

BR: “To differentiate the sound of the #KyloRen #lightsaber, we added the sound of sharpening a pencil” #StarWarsForceAwakens #Avid

BR: “#Avid—we only use Avid! #MediaComposer and #ProTools were our main creative tools on #StarWarsForceAwakens.” #NABShow

BR: “We came up with the sound of #BB8 months before we needed it in the edit, because the #StarWars toys had to be manufactured.” #NABShow

BR: “We built a #MillenniumFalcon cockpit on the roof at @bad_robot—it looked ridiculous, but it was very effective!” #NABShow

@starwars This is the best thing you’re gonna hear today. Blew my mind away. #TheIndianJamProjecthttps://t.co/zQs9WOei1f#StarWars

THRILLING NEWS! Got the go-ahead from @rianjohnson to give #UPFS a brief glimpse of an #EP8 TRAILER! RU READY #HAMSTERS ? #StayTuned4Details

Was also advised to refrain from hugging #TheRoyals which Chewie ignored-still resentful 4 not getting medal in #Ep4 https://t.co/pyVyw8NTJl

Unsure, Harry? Did I mention that I’m A Jedi KNIGHT? The Clown PRINCE of Crime? I eat COUNT Chocula? #EmpireEnigma https://t.co/77paCUbZTX

You can see a much higher quality images from the Royal visit HERE.

Some cool posts by Daisy Ridley on her Instagram:

There was an UNBELIEVABLE amount of swearing (cursing to you Americans!) during today’s workout. I decided to eliminate them but oooooosh it was a tough one; I needed an incredible amount of encouragement from my trainer-just-for-this-week Ben! #fitnessfriday #gainz #swoledier #butforrealmybackishench #allthoselukeskywalkerpiggybacks #lalala

3 of these statements aren’t true… Social media is great but also a bit scary cause what people post is the most filtered, most carefully chosen and cleverly edited moments of their lives. And self esteem is a huge issue for people around the world. My skin isn’t great so I don’t post no make up selfies, much as I’d like to; I have a trainer urging me on in workouts and don’t include all the times I say ‘I can’t do it’ and I don’t smile all the time but I like to share the pictures where I am. But I actually do love myself, I try to think good thoughts always and am surrounded by the most wonderful people, so I’m keeping it balanced (like the Force, obvs). Just thought I’d say 🙂

I DESIGNED A BB8! And he’s up for auction along with many other ‘Best of British’ BB8s; to celebrate May the Fourth and the release of the #TFA dvd, all in support of Great Ormond St Hospital! Check him out/place a bid at http://www.bb-8-great.co.uk #forceforchange

ALSO! Feeling incredibly fortunate that yesterday I got to shoot #epVIII and today I get to narrate #theeaglehuntress so grateful for all these incredible opportunities I’ve been given and SO excited for the world to see Aisholpan’s incredible story (and yes I love dressing like a 4 year old/Wally sometimes 😄)

The full talk between J.J. Abrams and Chris Rock at the Tribeca Film Festival:

On the possibility of extended edition for TFA:

@TheIdDM As for extra BTS material. I’m sure someday. It took decades to mine through the other movies.

On who the hooded figure in the Rogue One teaser is not:

@TAnders843 no. Well, it’s not Snoke. Has nothing to do with Snoke. Does that help?

On the AT-ATs in the Rogue One teaser:

@iProMoon probably in the months before release

On Lucasfilm’s involvement with the publishers:

On the petition to bring Lucas back for Episode IX:

@BryceReifdotcom The petition to get George back to direct IX was a peach. Guy’s happily retired. Why would he want to get back into this?

On the gun Solo gave to Finn:

On why the Republic helps the Resistance:

.@LukeDebarros Some believe in Leia. Or, as she puts it: pic.twitter.com/svHaB33GZV

On the term Jedi Academy:

@AnneNeville_Ren people use the term academy because of the video game and books. It’s an EU term. It’s never used in the films, is all.

On Rey, and how everyone has a theory:

Oh who is the Skywalker type in TFA:

Kylo is the Skywalker in The Force Awakens, right? We know that already.

On the EU board that recently appeared:

@the_evans_ And it’s not as if LFL wasn’t aware of the movement before they spent a dime. Still. It’s their dime.

Kathleen Kennedy among the top 100 influential people in the world: 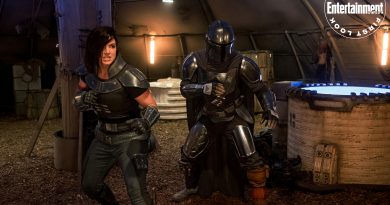 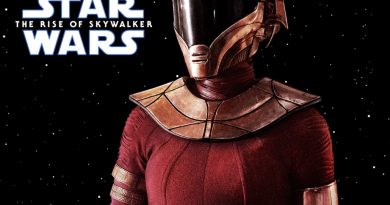 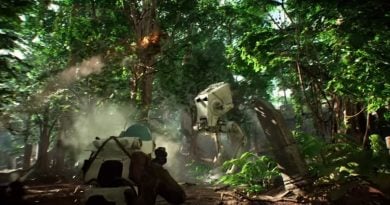