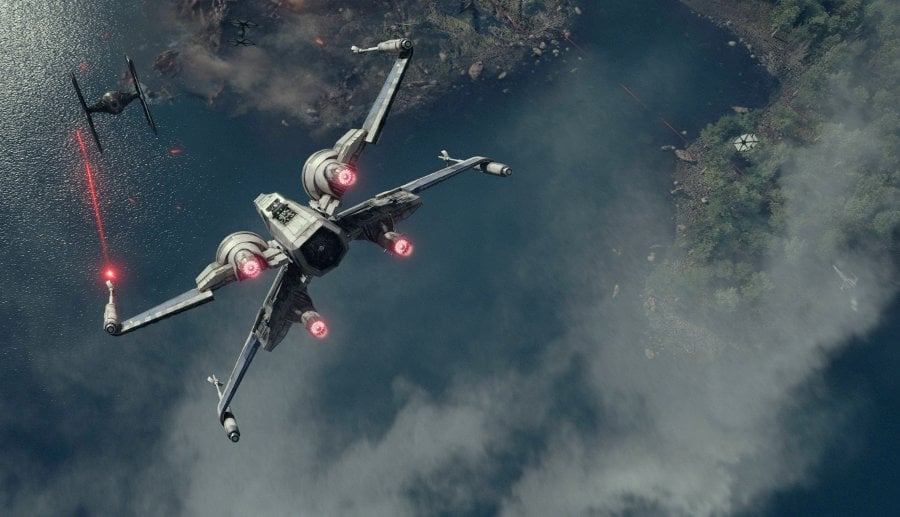 A new Spanish TV Spot for Star Wars Episode VII: The Force Awakens shows off a few new shots of the dogfights in the skies of Jakku, Takodana, and Starkiller Base, as well as the heroic pilots who are able to skillfully navigate the unforgiving skies. (And there’s a familiar supporting character from Return Of The Jedi in this ad, too!). Also a new featurette about Rey was released.

Spanish TV spot with an introduction by Oscar Isaac:

And here’s the new Rey Faturette, with a couple of new spoiler free scenes: