Rumor: Carrie Fisher to Write a Book Based on her Diaries from 1976? - Star Wars News Net Go To Top
Skip to content

Rumor: Carrie Fisher to Write a Book Based on her Diaries from 1976? 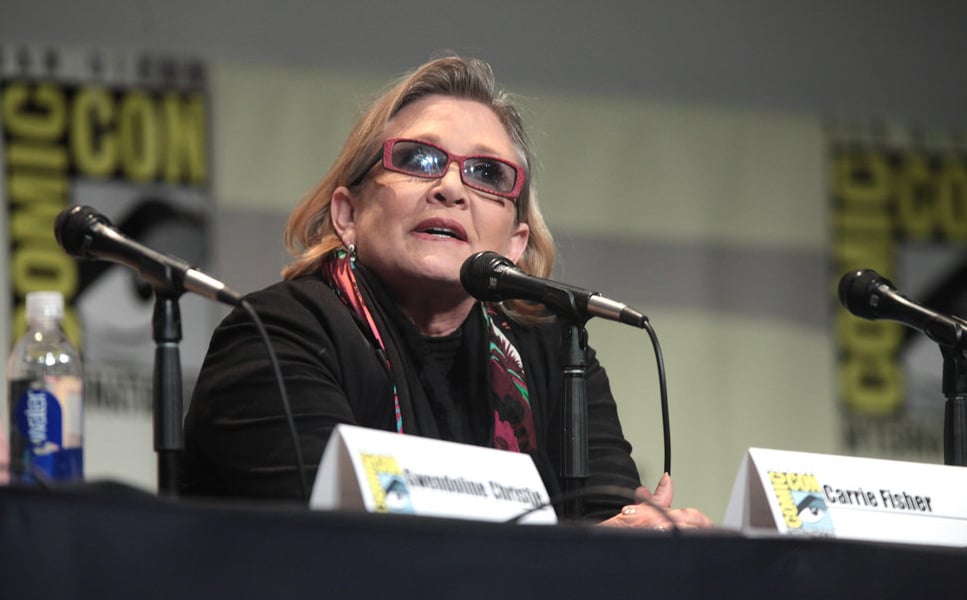 Recently Carry Fisher posted on Twitter a photo with her diary that she kept while filming a New Hope back in 1976. Now the word is that Fisher will transform the detailed notes of her on-set experiences into a book…

I’m editing the diaries I kept while filming a science fiction film in London in 1976..I mean, unless you think it’s too personal to publish — Carrie Fisher (@carrieffisher) July 3, 2015

A handwriting sample from The Princess Diarist…..tweeted to tantalise you with some early, insecure scribblings pic.twitter.com/KQ3UEUuBvZ

The diary is called “Blue Diary” similar to the working title of Return of the Jedi – Blue Harvest.

”Carrie kept diaries throughout the filming and has a note of everything. ‘Now she’s making her memoirs into a book about ‘Star Wars’, movie execs want her to write a satirical, raunchy script about what making ‘Star Wars’ was really like. They think it could be really funny, as nobody would expect it to have been so wild between cast and crew.

Carrie’s written scripts before, so as soon as she hands it over they’ll option it to studios, with Disney and Lucasfilm getting first read.”

I really hope this is true. Love Carrie Fisher’s writing style, so this would definitely become a bestseller.