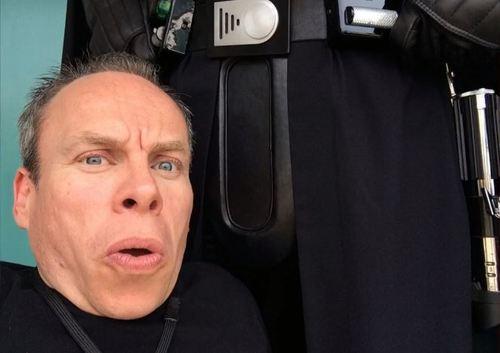 During an appearance on ‘The One Show’ last night, Warwick Davis who was the last official cast addition to The Force Awakens, showed off a couple of selfies taken on the set.

As excited as his affiliation with the sci-fi series obviously makes Davis, he refused to spill any details on the secretive blockbuster, but did share some snaps with presenters Matt Baker and Alex Jones from his time on the Pinewood Studios set. .

The first with Darth Vader (above) might even be quite revealing. Darth Vader’s return (either in flashback or something much more shocking) was once rumoured, but it’s hard to believe Davis would have let such a big spoiler slip so easily.

The second snap (below) is of Davis with Chewbacca’s crotch, which really doesn’t bare thinking about. We already know that Chewie (and actor Peter Mayhew) are returning for the new film. 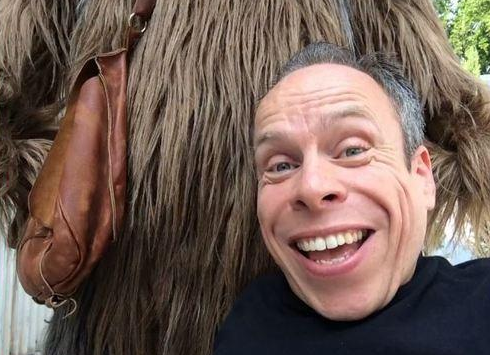 As Warwick we take this story with a huge smile on our face. 🙂

As expected Warwick Davis revealed that these are not from The Force Awakens set but from Star Wars Weekends. He was just having fun.

I’d like to state that my #StarWars #selfies on last night’s ‘One Show’ were NOT from Ep VII – they were just a bit of fun. #JediMindTrick

The #StarWars selfies everyone’s talking about were taken for my show at #StarWarsWeekends, DisneyWorld last year. pic.twitter.com/3iMiTXOB44