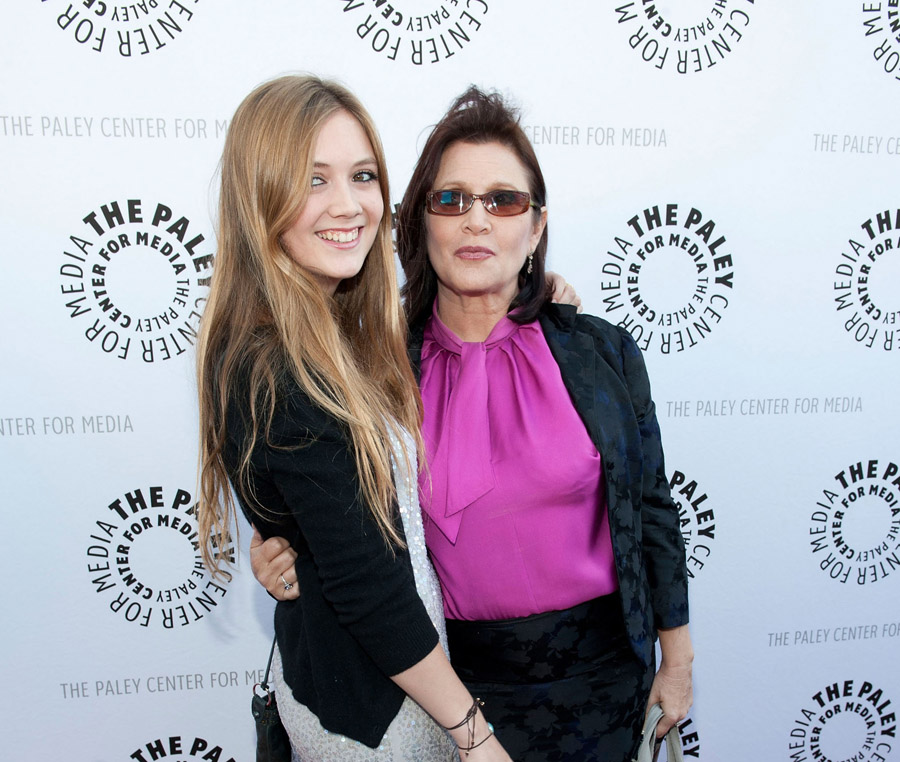 You probably have already heard the latest rumors that Carrie Fisher’s daughter Billie Lourd might be playing young Leia in Star Wars: Episode 7. I intentionally didn’t post this rumor because it sounded completely off. They don’t even look alike. There are many indications that Lourd will indeed play in Episode VII and I’m almost 100% sure that she will. Hit the jump for one much more plausible role for Lourd in the movie…

First everything started from that tweet from Carrie Fisher’s assistant Abe Gurko a month ago:

Today Good Morning Britain made the following tweet confirming that:

And some clarification on the role:

@NigeYC @GMB Fact…as I delivered it. Im sure it’s true.

Now this comes from a fairly reliable source and it’ll probably turn out to be true. Billie Lourd playing Leia’s daughter is much more plausible than playing young Leia in a flashback scene. We all know that flashbacks are not something that work with Star Wars.

So who said there are too few female characters in Episode VII? So far they are six, of course if the rumors are true (Carrie Fisher, Billie Lourd, Maisie Richardson-Seller, Daisy Ridley, Lupita Nyong’o and Gwendoline Christie).