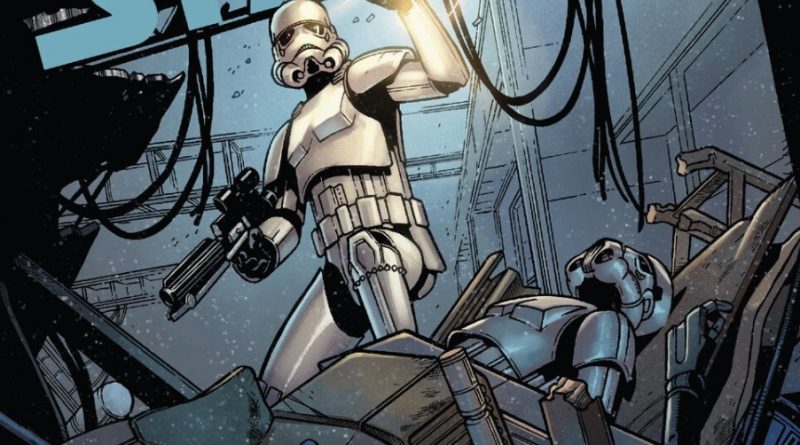 It’s been a few issues since Shara Bey crash landed on the Star Destroyer Tarkin and decided to do some reconnaissance for the Rebellion. Shifting gears, writer Charles Soule takes us back to her plight of survival in the bowels of the Empire’s nightmare weapon. While the Star Wars series may have forgotten about Shara the last few months, Kes Dameron has not, and he’s ready to bring her back. Will the Rebellion help him or have they abandoned hope of Shara’s return? There are no easy answers here. SPOILERS AHEAD…. 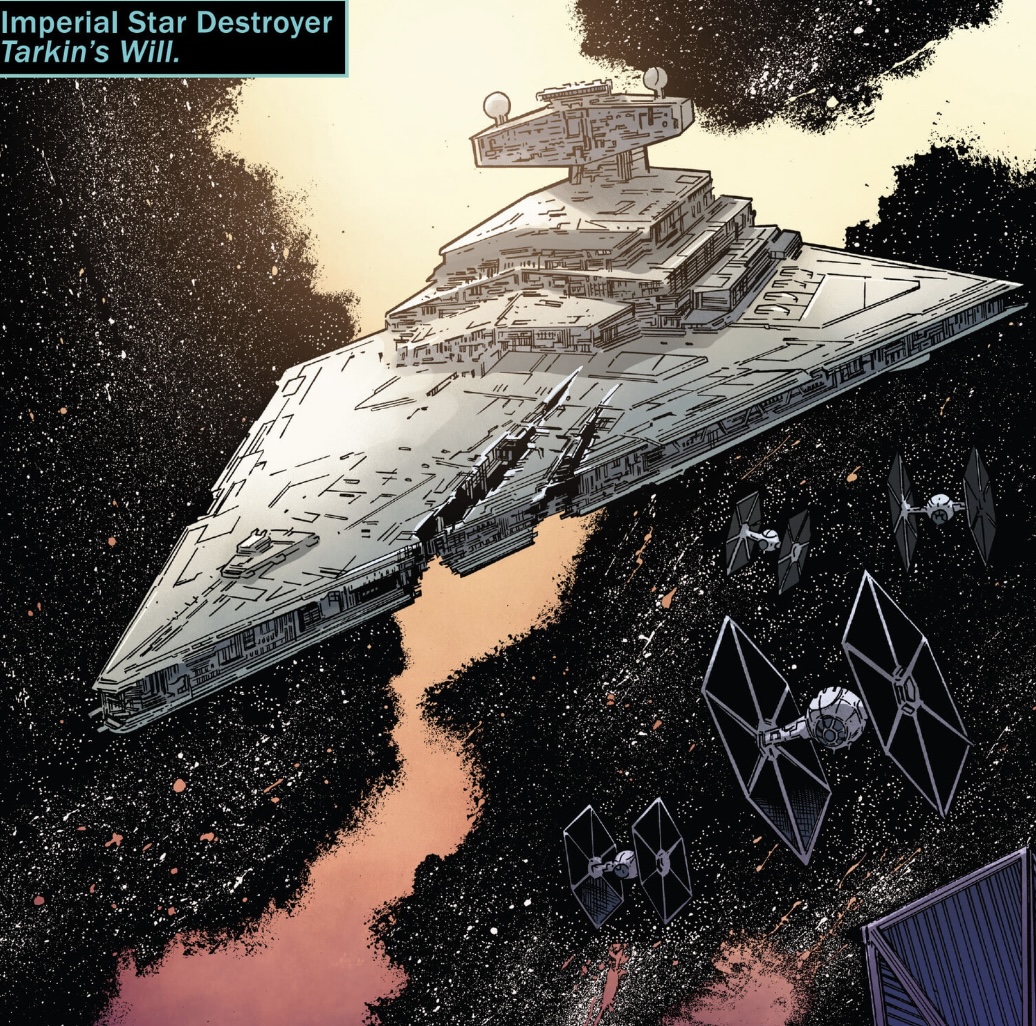 Aboard the damaged Tarkin, an officer takes notice of a disheveled stormtrooper moving through the corridors. Uniformity and conformity are important in autocratic regimes, and the disregard for those inherent details alarm the officer. He promptly reprimands the trooper, promising to report them to officers even higher up in the chain of command. Once the confrontation is over, we discover why the trooper armor was a bit disheveled, almost like it had blaster burns on the chest plate, as the officer notes. 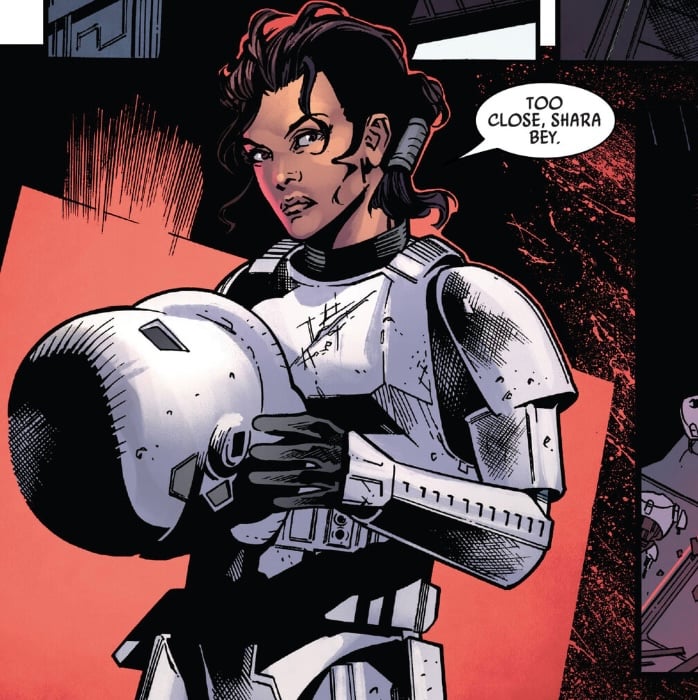 That trooper is Shara Bey, who’s been moving through the Tarkin. She’s been hiding in the damaged section of the ship, going out when she can to gather intelligence for the Rebellion. While the war rages across the galaxy, Shara is quietly playing her part to liberate the galaxy far, far away.

Kes Dameron has become understandably impatient. He receives word Shara’s made contact but before speaking with her he demands the Rebellion commit to extracting her. Mon Mothma and Leia are noncommittal, causing alarm for Kes and making him wonder if they’re going to let her die on the Tarkin. He’s not happy but pushes his frustration aside to speak with his love, across the stars.

We get more insight into the melancholy and solitude Shara’s endured in her time. She’s been observing troopers, slicing astromechs, and trying to stay alive in the wrecked parts of the Tarkin. Because the Empire is so overwhelmed, they’ve yet to repair the hazardous sections, which allows Shara to hide among them. Shara is aware the ruthless Commander Ellian Zahra will discover her eventually, so she’s trying to gather as much intelligence as she can. Shara isn’t going to wait for a rescue mission. She has no illusions, she’s either getting off the ship herself or dying in the darkness.

Commander Zahra is indeed aware there is a stowaway. The officer reporting the disheveled trooper tipped her off, since the comm number doesn’t match up. She realizes the compromised sections of the hull would make a perfect hiding spot. A security team is dispatched, and Shara is forced to attempt a hasty escape using an Imperial shuttle. While she’s hot-wiring the controls, Zahra confronts her.

Shara is a formidable opponent, but Zahra makes short work of the confrontation. She puts a blade through Shara, but doesn’t kill her. Zahra will keep Shara alive, promising her she’s going to get everything out of her head. The art from Marco Castiello, Ramon Rosanas, and Rachelle Rosenberg conveys the transformation from isolation to sheer terror when Zahra attacks. Soule is also quite ruthless with his characters when he needs to underscore how sinister a villain is, and Shara is not spared. She’s not dead yet, though. 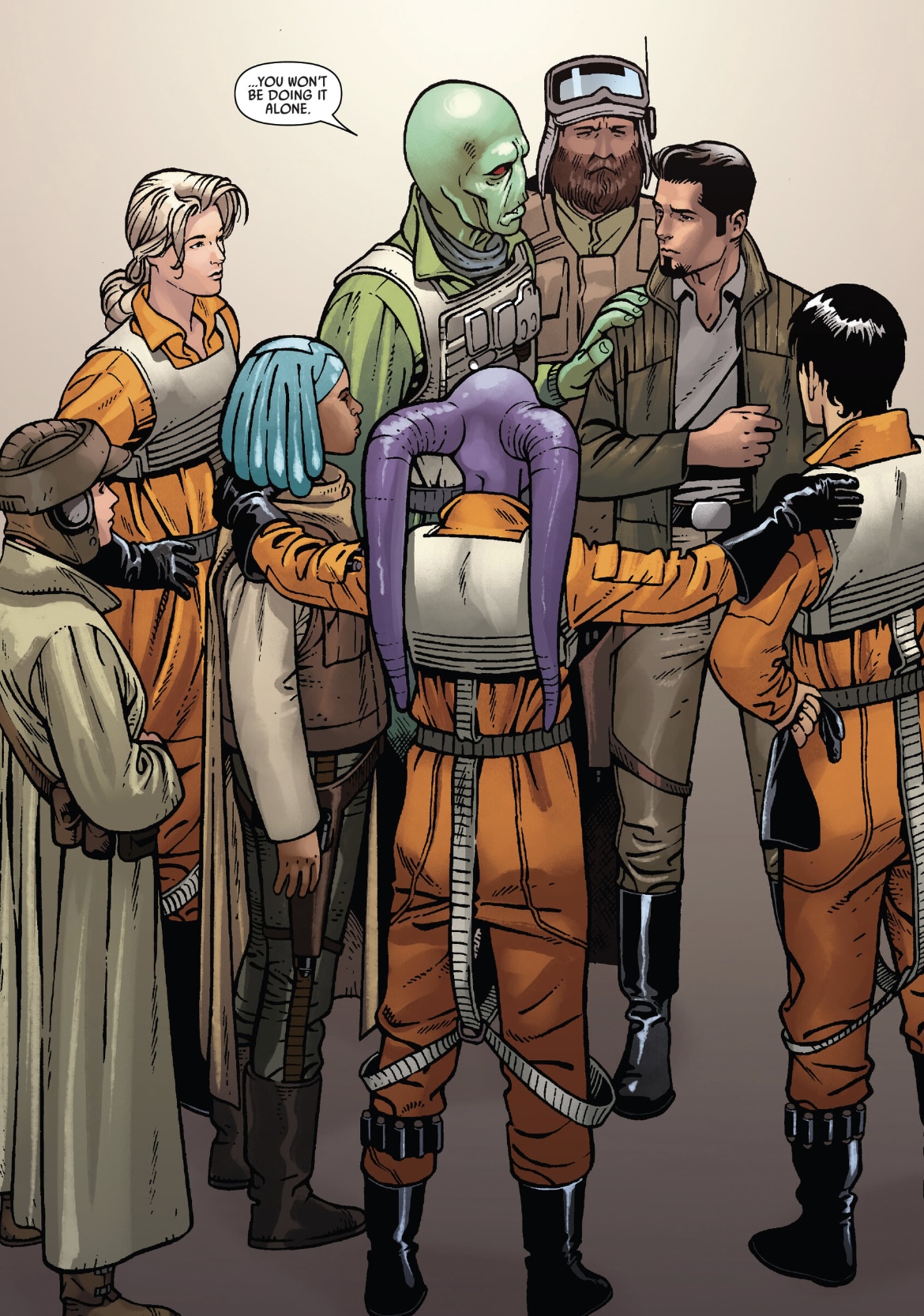 Orders be damned, Kes Dameron has had it. There will be no more sitting around, and the rest of Starlight Squadron prepare to join him. Kes vows to bring Shara home or take a few Imperials with him as he dies trying. He isn’t aware how fast the clock might be ticking, so let’s hope they get to Shara before it’s too late. 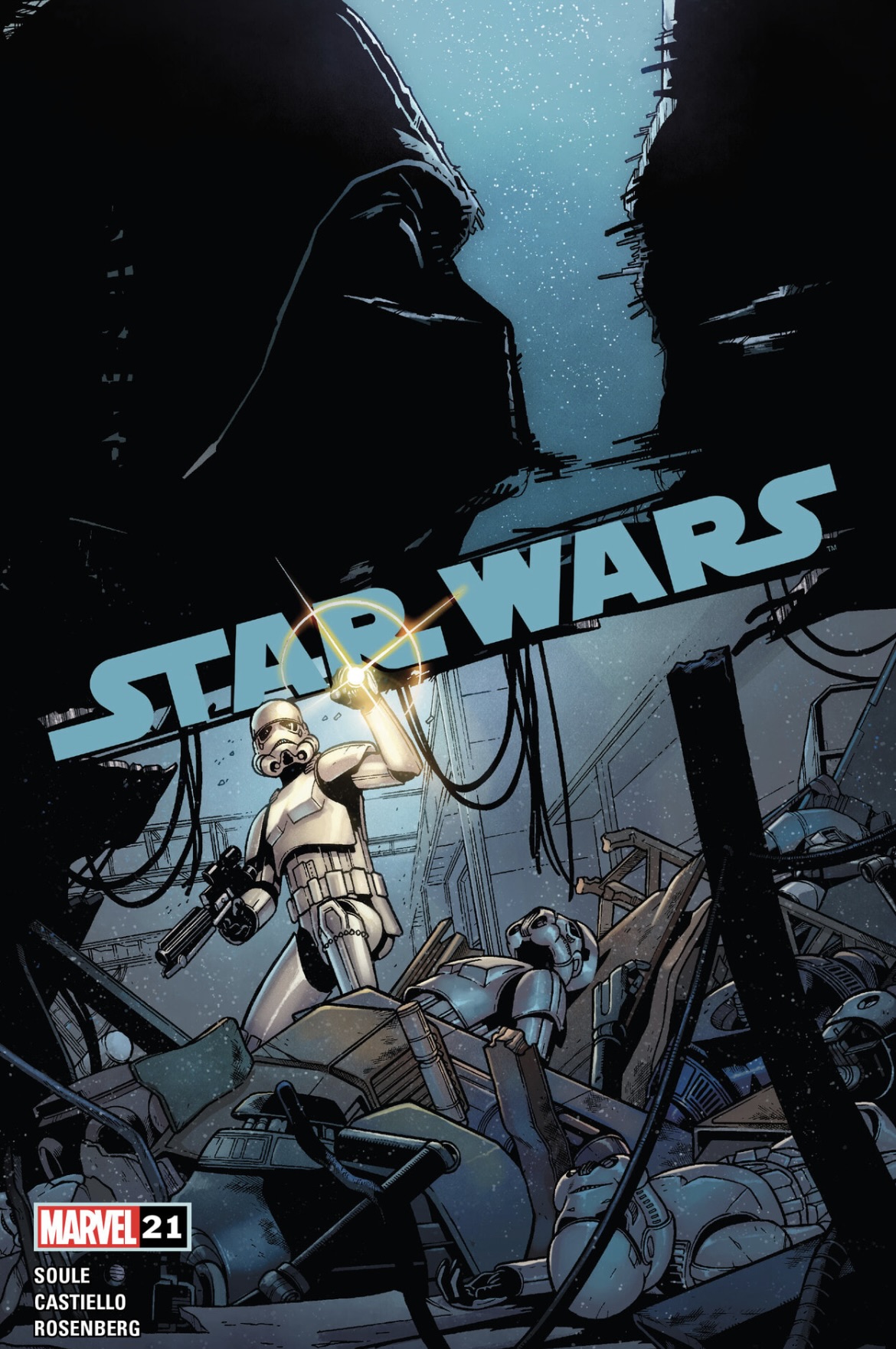 This is a very welcome departure from the Luke and Crimson Dawn/Bounty Hunter heavy recent Star Wars issues. Shara Bey is an intriguing character, and I’m happy we’ll be getting more of her story. Her legacy goes all the way into the sequel trilogy, by proxy of her son Poe Dameron and her working relationship with Leia. This is an opportunity to establish more characters around some whose unexplored stories reduce with each issue. Eventually these books have to move beyond the original trilogy, so I appreciate the work Soule does to further establish big players in the future. Also, this rescue operation sounds like it’s going to be very exciting, so I’m here for it. 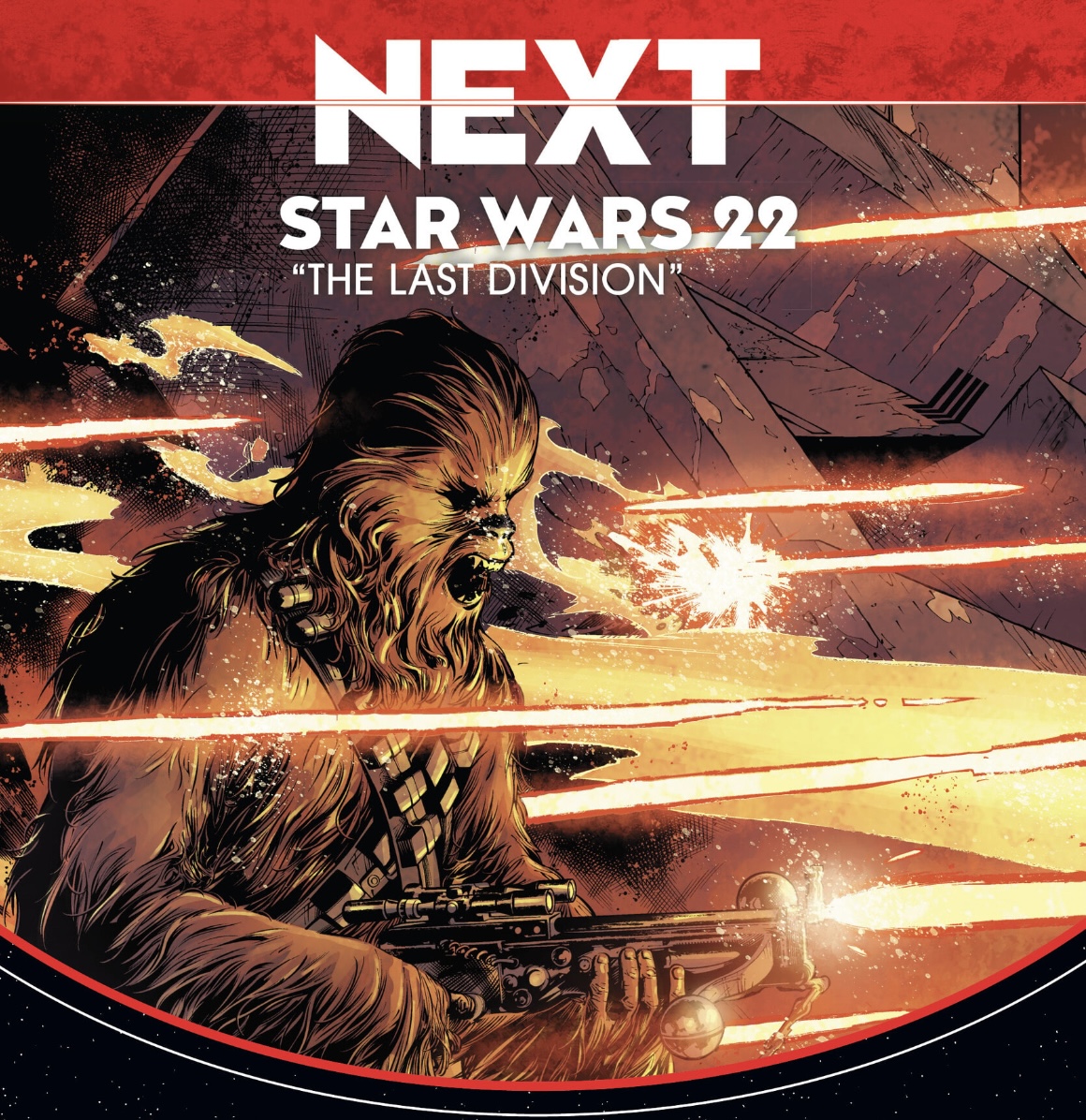 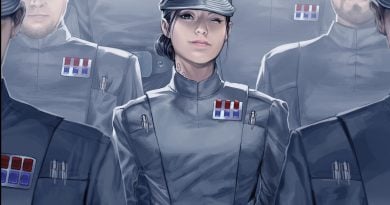 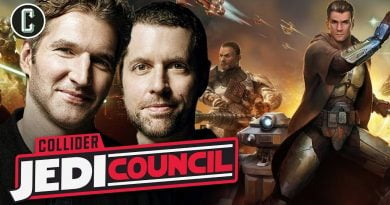 Collider Jedi Council: Benioff and Weiss’ Star Wars Project Will Be A Trilogy 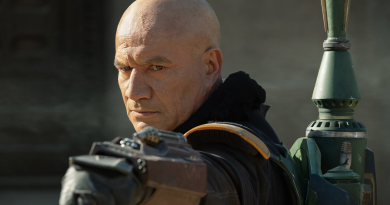