Review – The Diverse Species of the Galaxy Far, Far Away Catalogued In Star Wars: Alien Archive 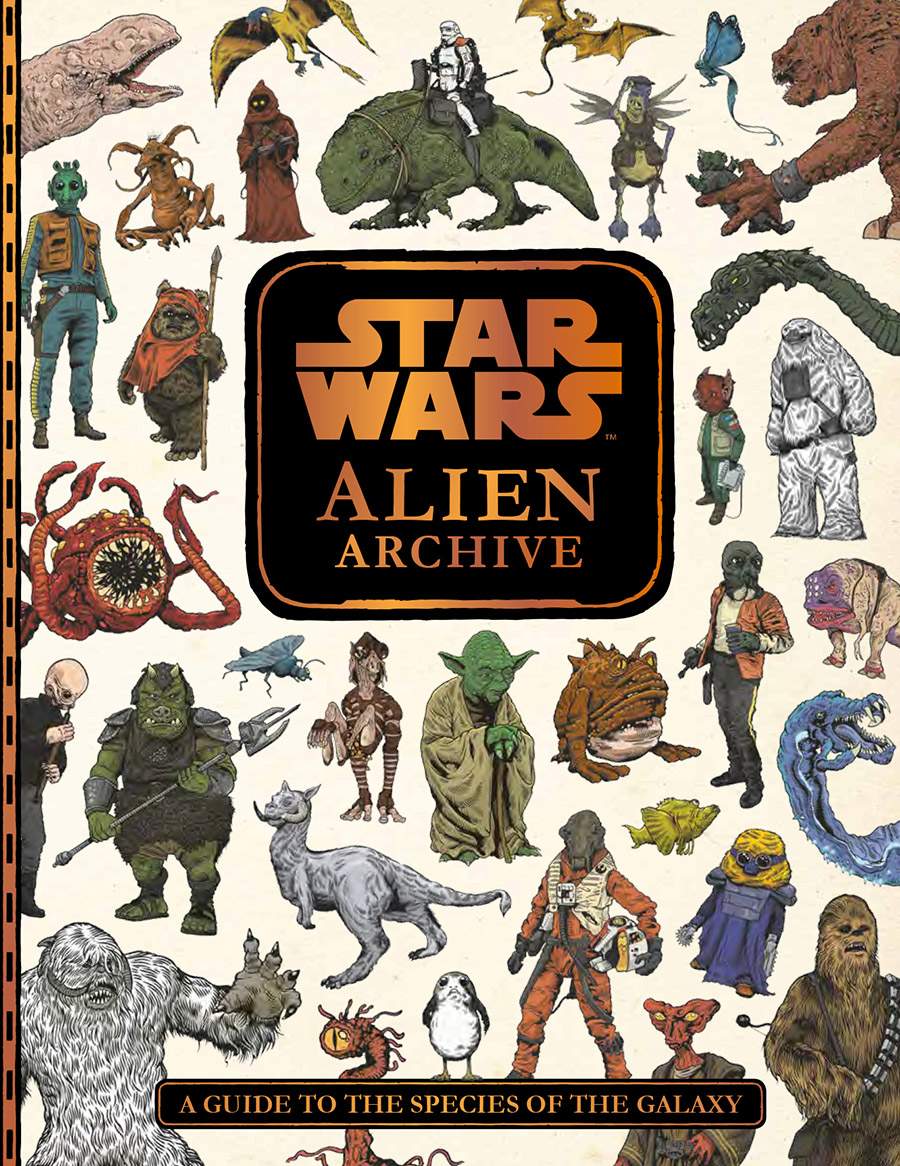 It’s been a wild, near forty-two years of cruising through the various imaginations who brought the Star Wars universe to life, not least of which have been the make-up artists, costume designers, and visual effects artists making the aliens inhabiting this universe real. Whether the creatures thrill you, terrify you, or make you laugh, it’s certainly a group of people who worked very hard. Work of the most painstaking in detail deserves equally detailed history, hence Star Wars: Alien Archive. This “Guide To The Species of the Galaxy” is a pretty cool addition to the Star Wars reference materials, with art and descriptions well worth the cover price. 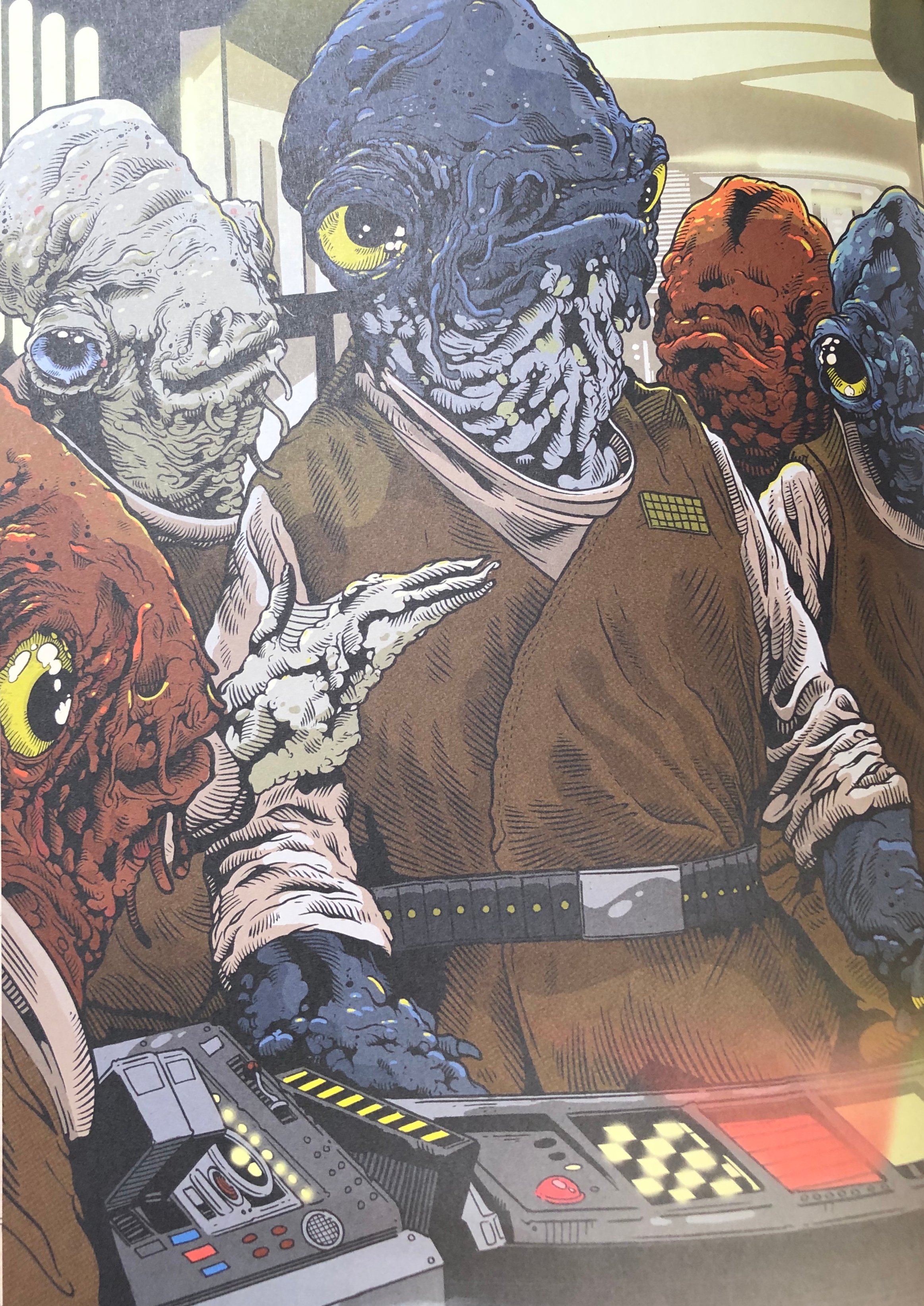 While this may not be the most technical of guides it is comprehensible and a visual treat. The illustrations by Tim McDonagh dominate the book, but they are complimented by text that breaks down culture, weapons, special traits, and the worlds and/or regions of the galaxy the aliens come from. It doesn’t read like an RPG guide but it definitely highlights unique traits of each species, with stories or notable characters from the species. 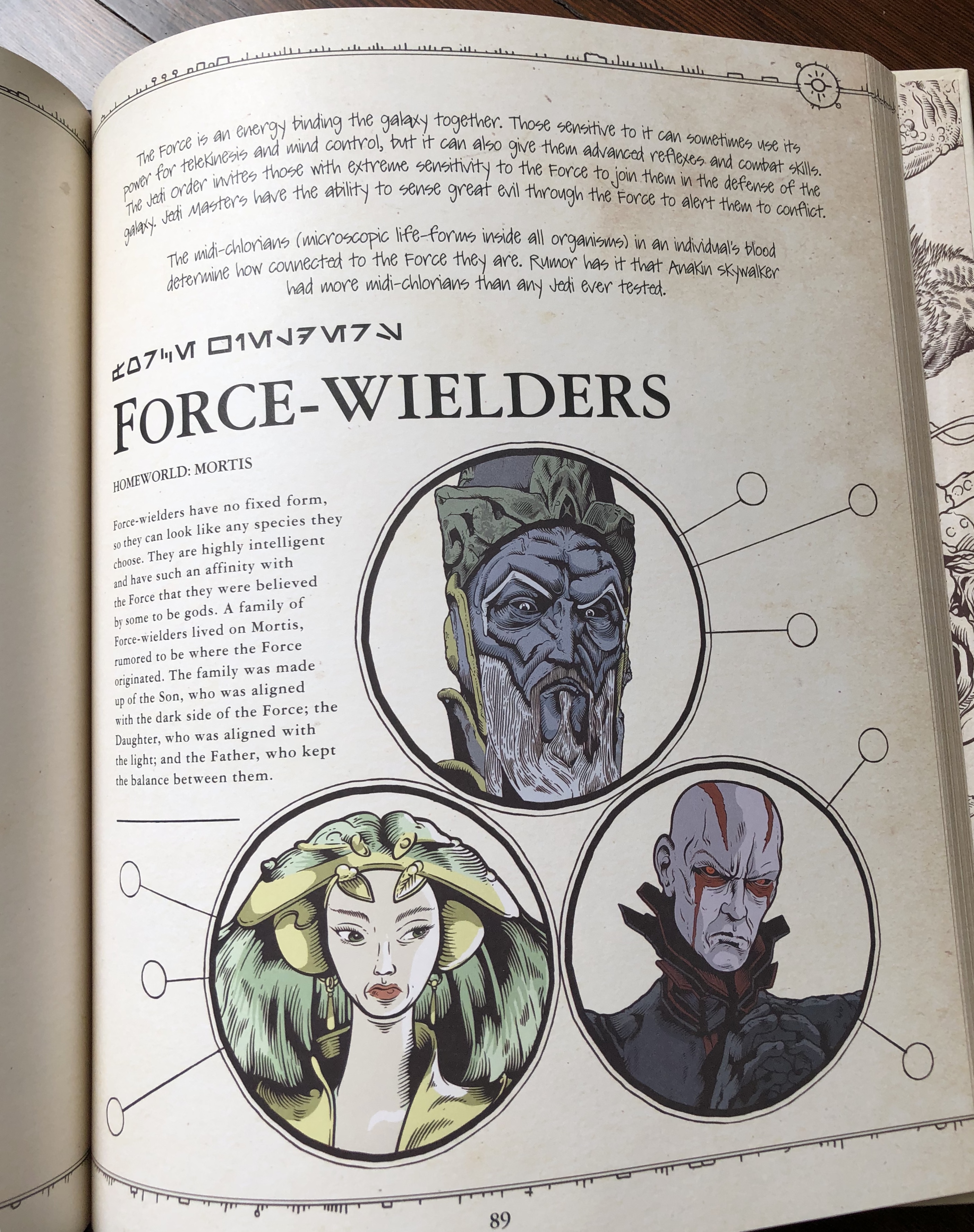 Star Wars: Alien Archive breaks down different aliens in a variety of ways. As an example, the Force-Wielders section states that these entities can assume any appearance they choose. While some sections will take a planet like Tatooine and lump Jabba in with the Ithorians, because one of them was in his court and featured in Return of the Jedi. If you are looking for a specific alien or organization, there’s a healthy index in the back. The sequential layout of the book was the only thing confusing, but not at all off-putting. I picked this up several times, opened to a random page, and was greeted by a species I was either vaguely familiar with or had no knowledge of at all. The nice thing about this book is it could be read cover-to-cover or casually flipped through over several readings. 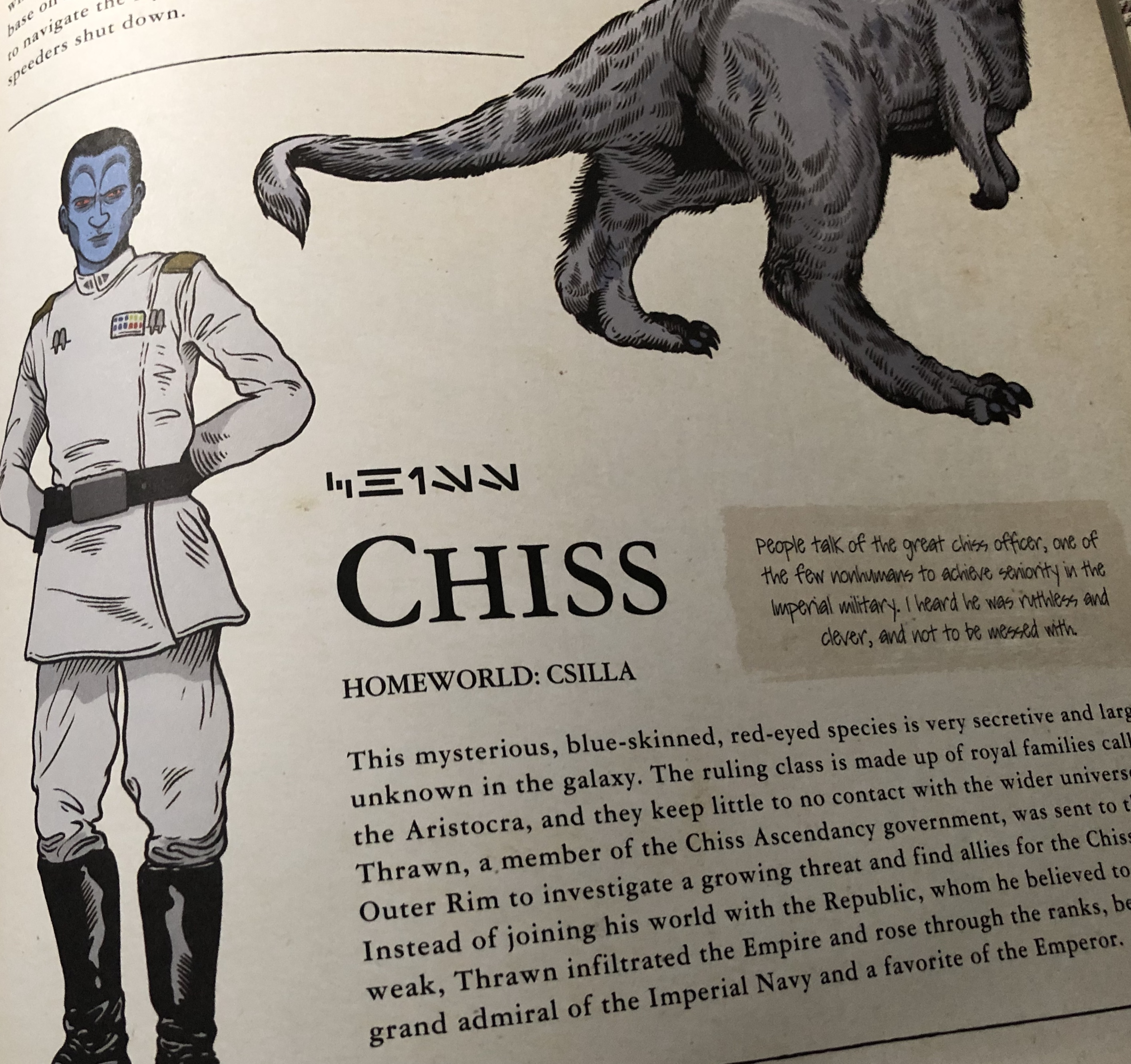 This book also goes beyond the core worlds and even features mysterious cultures and aliens like the Chiss. No, you won’t find Snoke anywhere in the book, but I imagine this edition will be the first of many as the movies, television series, novels, and comics expand the storytelling and introduce us to fascinating new creatures. I was impressed by the summary of the Chiss and how they relate to the known galaxy. This is a good example of how most aliens are depicted in Archive. There’s enough to inform you but the descriptions often suggest there’s much more to what they give you, if you’re inclined to go looking. 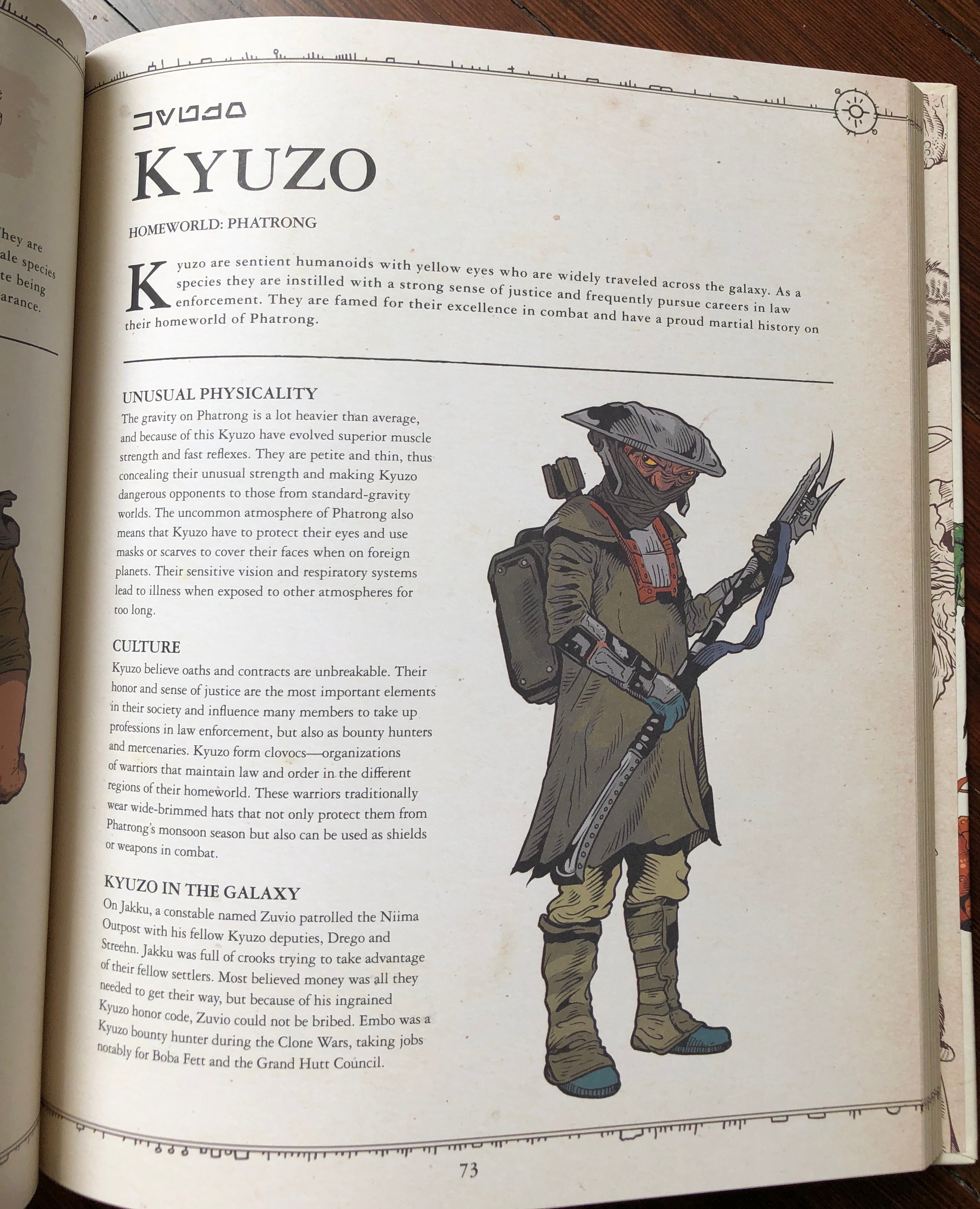 I thought this breakdown of the Kyuzo appearance was also pretty cool, specifically addressing the utilitarian purpose of their hats. There are a lot of gems throughout the book like this. I had so much fun flipping through it over a few afternoons and learning little details about each species, culture, or planet. The next time I do my rewatch of the films leading up to December, I’ll certainly have this by my side. Also, as someone who writes weekly reviews of Marvel Star Wars comics, this will be a wonderful resource. I imagine fanfic writers would also find this quite useful to help bring in more species to their stories. There’s honestly so many cool purposes this book could have in contributing to your Star Wars experience, or you could just spend a quiet afternoon flipping through its pages. 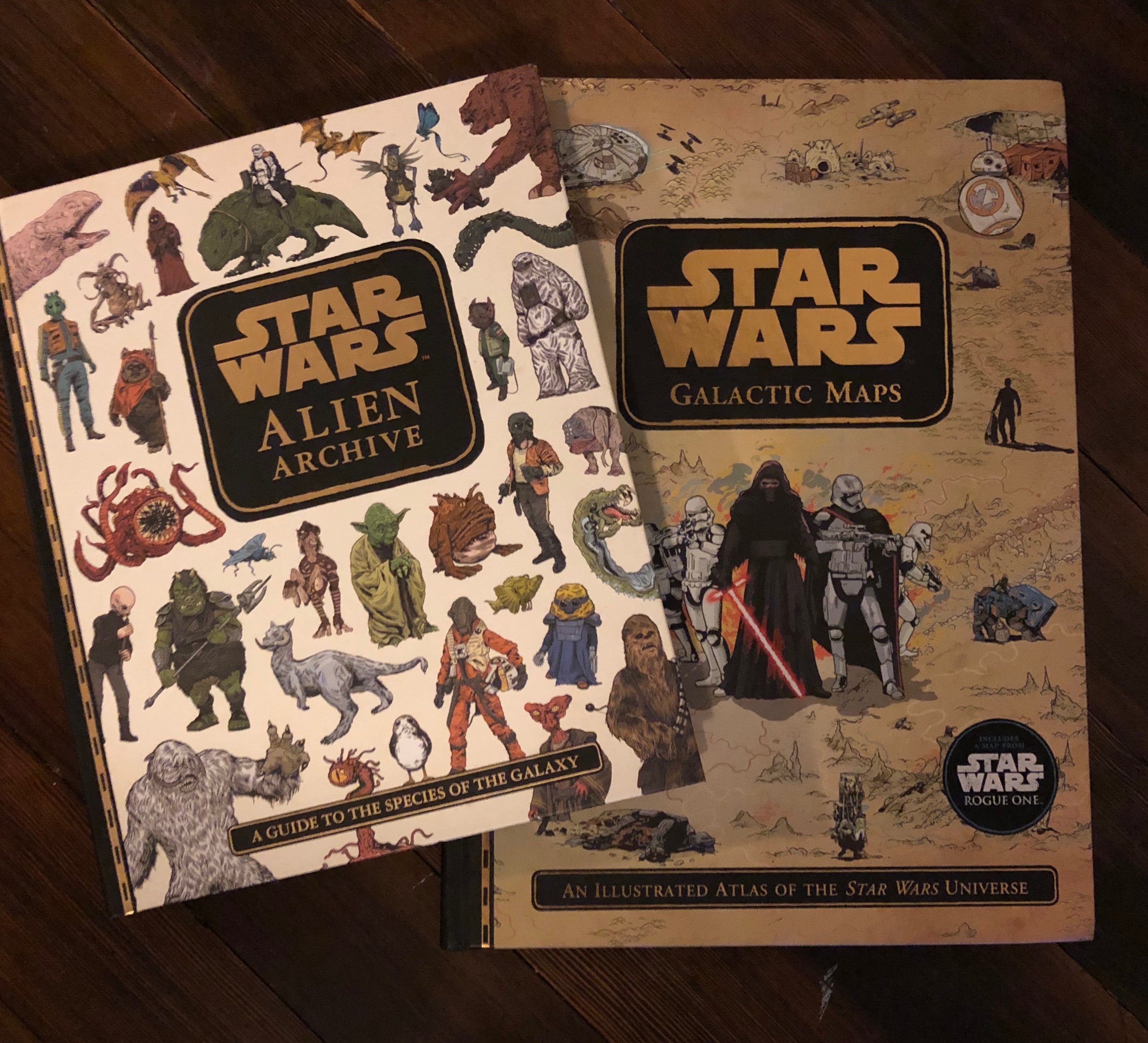 This also makes a great companion to Star Wars: Galactic Maps. Tim McDonagh also did the art, so you’ll see a lot of similarities and together they provide a pretty good look at the established worlds and cultures. I’m fortunate to have both in my collection, so I had a lot of fun double-fisting these two books. 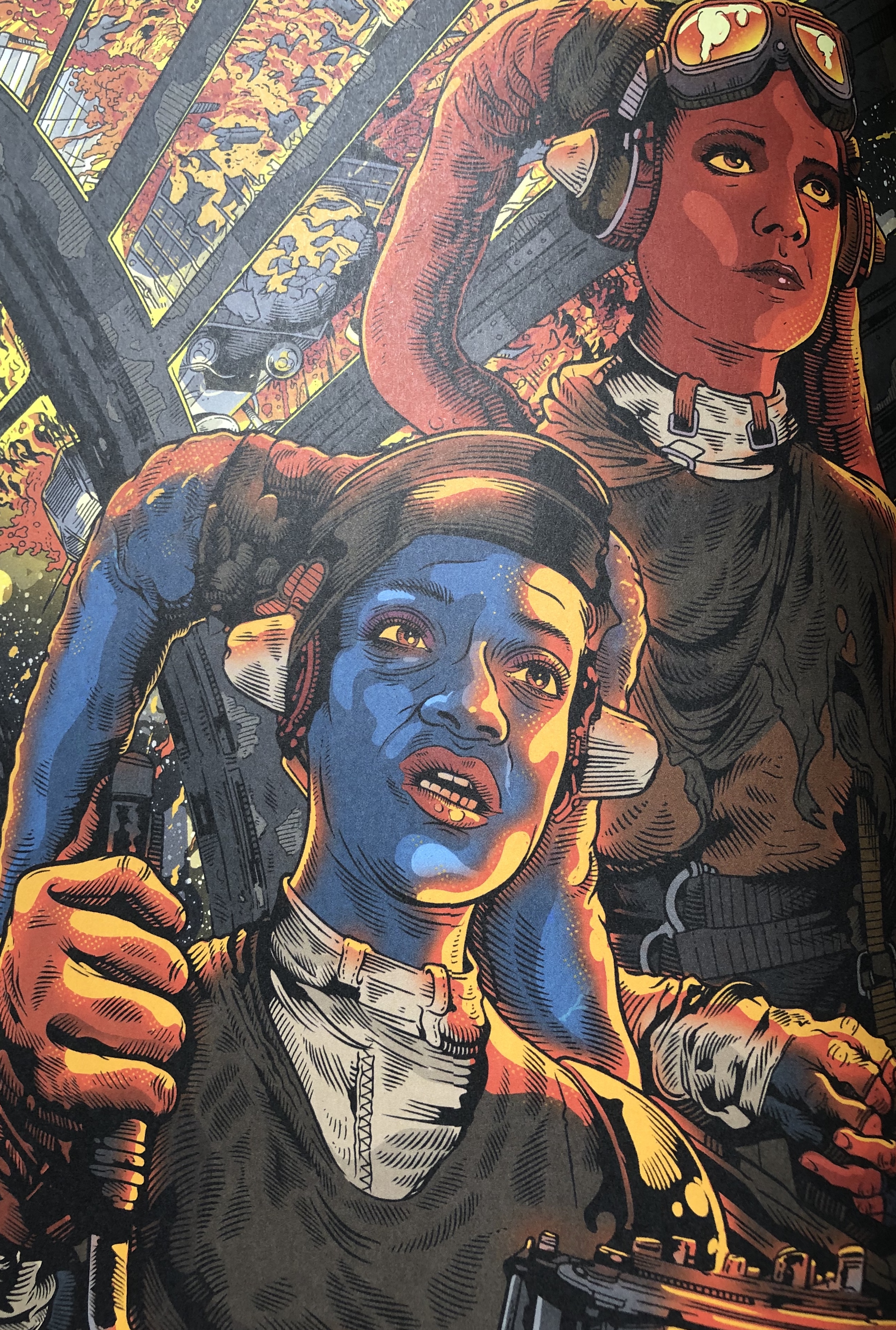 This was one of my favorite pieces by McDonagh. Not every species gets a full-page layout, but when it’s there, McDonagh makes it count. The vibrant art will also grab young readers, looking to expand their knowledge of the films they may just be getting to know. Star Wars: Alien Archive is for the casual fan and could also keep the most detail-oriented fan happy. 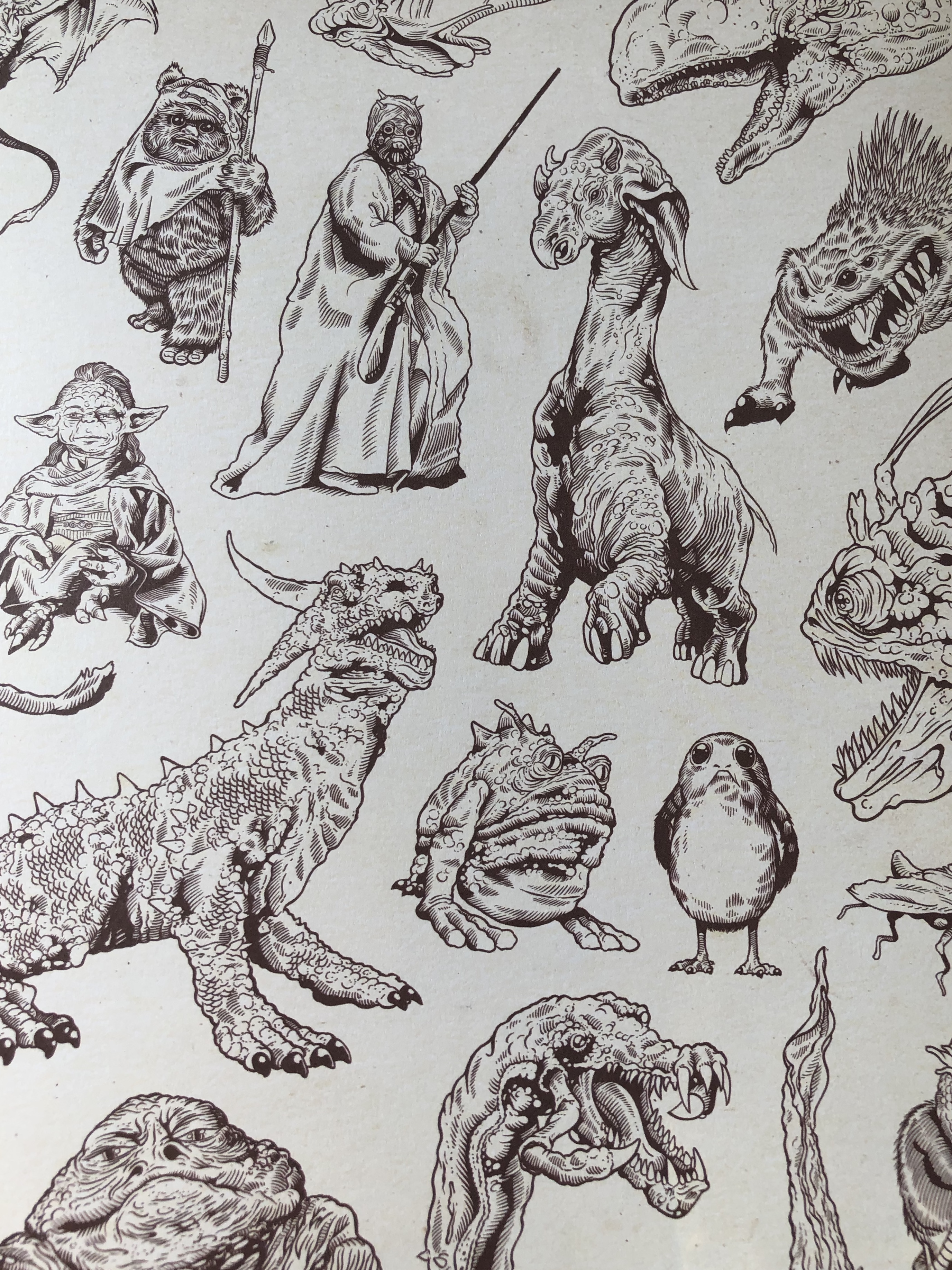 Star Wars: Alien Archive is not quite in the “must-own” category, but I think it would be a great addition to anyone’s collection. If reference books and Star Wars art are your thing, this will certainly be needed on your shelf. Disney-Lucasfilm Press has put together a wonderful, elegant book that showcases the work so many artists have put into these creatures. It’s a testament to such a rich universe. Crazy to think that it’s only going to get bigger, so it might not be a bad idea to get acquainted and reacquainted with the beings living in it now.

Star Wars: Alien Archive is available from local bookstores and online retailers today. Special thank you to Disney-Lucasfilm Press for the advanced copy.