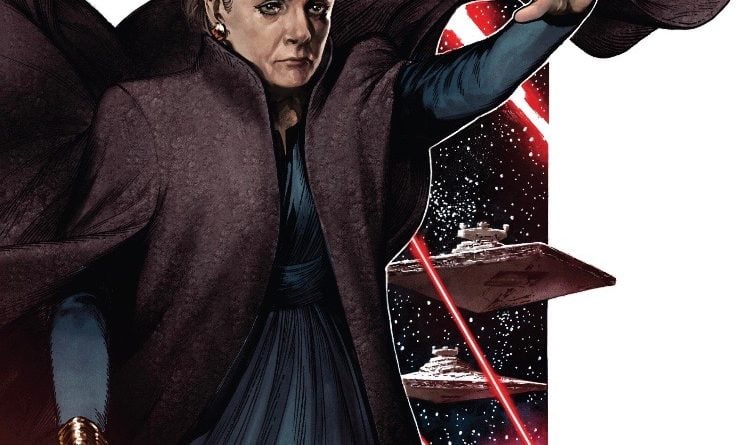 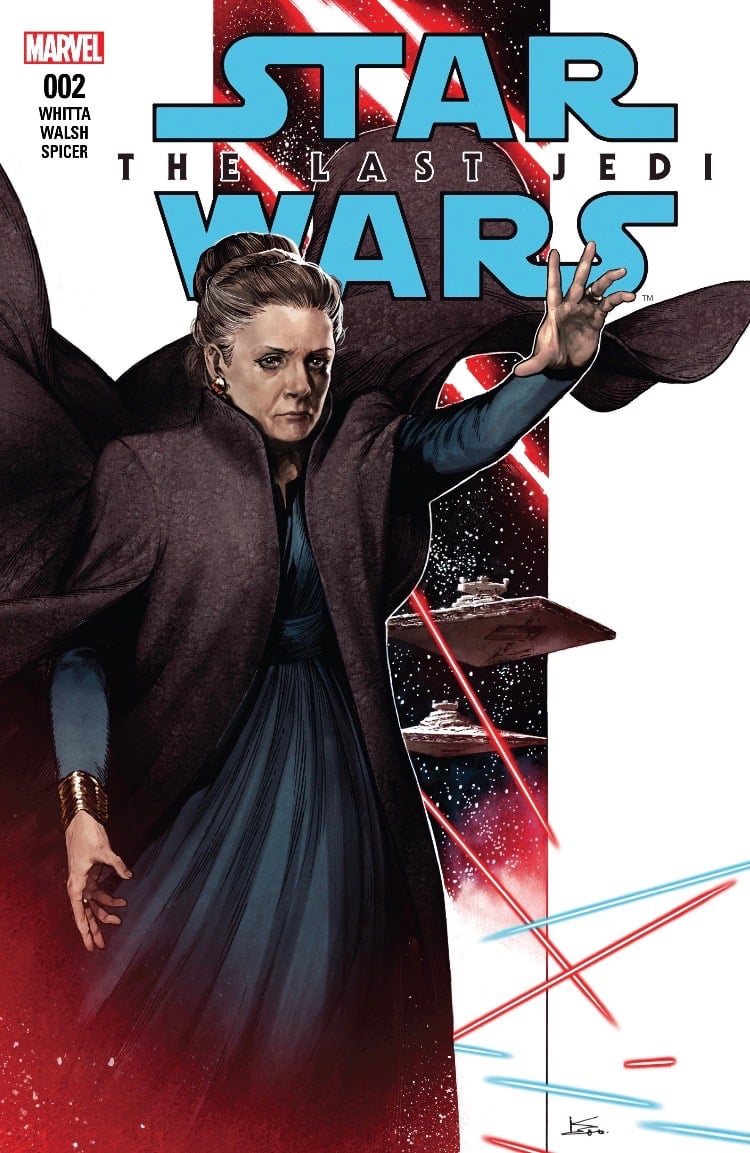 Given that issue #2 of Marvel’s The Last Jedi came out the day prior to the premiere of Solo: A Star Wars Story, it kind of flew under the radar, and we unfortunately neglected to post the review. Issue #3 of this six-issue adaptation hits comic stands tomorrow, so without further ado, here is Kyle’s review of The Last Jedi #2.

This adaptation is moving pretty fast, with the First Order hot on the trails of what’s left of the Resistance. As the battle continues, Rey continues to discover the many ways in which the Force connects her to the rest of the galaxy – in all it’s lightest and darkest corners. 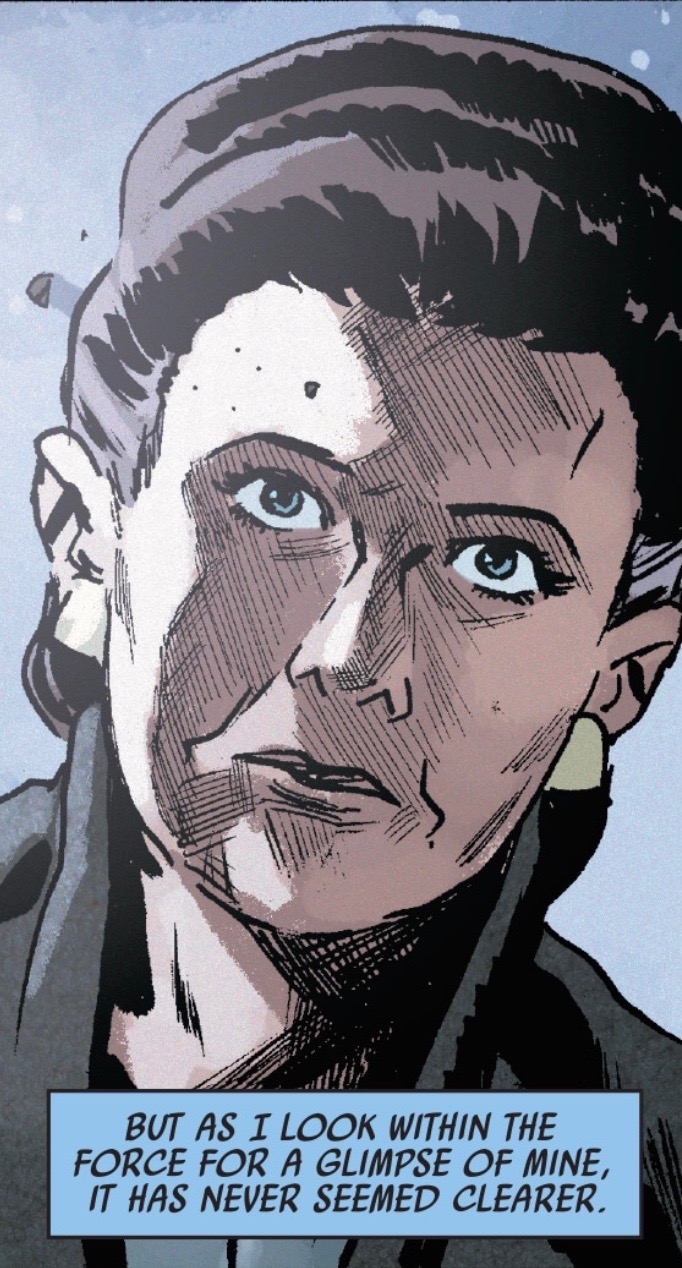 One thing I have most admired about Lucasfilm’s synergy in crafting a universe is it’s ability to tell a story from so many perspectives. The Last Jedi is no exception to how well it was adapted by Jason Fry in novel form, and that unique tone of an alternate medium continues here with writer Gary Whitta’s hand holding the story steady. Whether you enjoyed The Last Jedi or not (I did, very much), this story’s ripple effects will affect the franchise going forward, so if you want to revisit the story, this adaptation is an excellent and easily digestible way to do that. Little details, like what Leia was thinking in the vacuum of space, pop-up in these issues that wouldn’t have translated well on film. 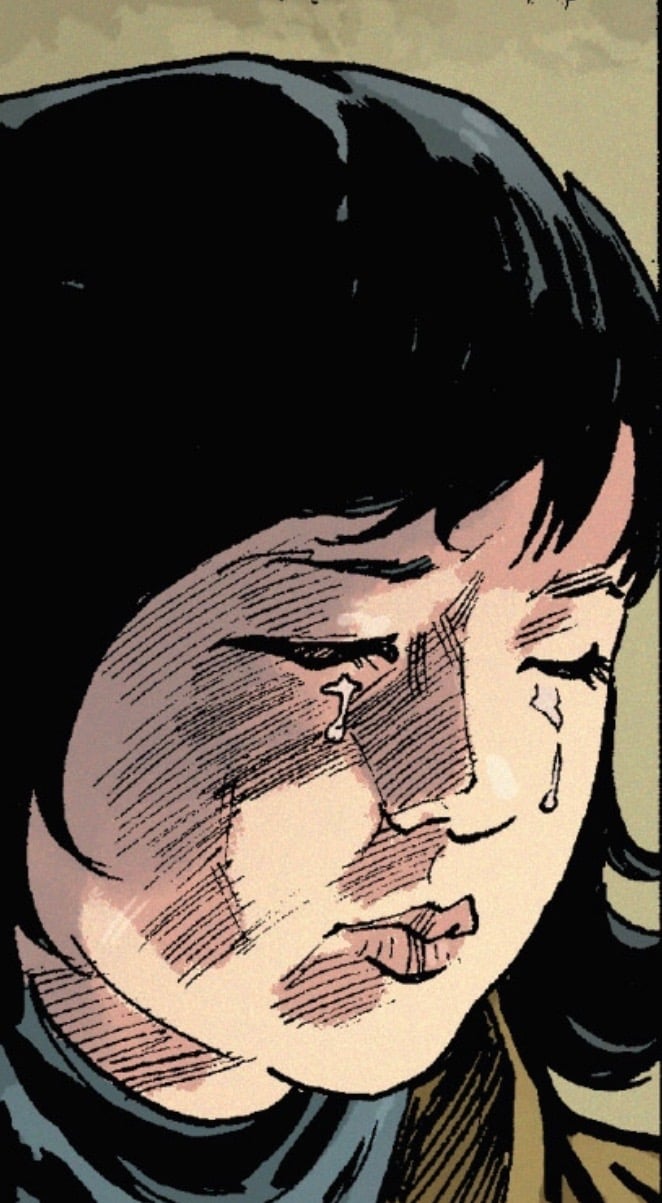 We are also introduced to Rose in this issue. The scene plays out similarly to how it did on film, but the character’s grief over her sister’s loss is highlighted. The way Rose’s grief was kind of skated over in the film was one criticism I had, so I appreciate artist Michael Walsh and colorist Mike Spicer capture it in the frame above. I wasn’t sure about the art overall at the beginning of this series run, but this issue sold me on it. There’s a lot to look at in this issue, with scenes taking place from different perspectives.

We do get to see a few glimpses of that union dispute Maz was tangled up in while she advised Poe, Rose, and Finn. Maz’s cameo was something that also felt misplaced in the film for me, and I much prefer this take on it. You get to see Maz in the thick of it.

The Force-bridge conversations between Rey and Kylo Ren are also fleshed out differently. We actually see these happen from their perspective. I loved the way Rian Johnson did this on film, but I also like seeing how it appeared to each character here, just as if they were standing in the same space. I don’t think that would have worked on film very well, but it works here just fine.

There’s also a strength in Luke’s demeanor in this adaptation that I didn’t pick up on as much in the film. There was a defeatist element to Luke’s presence on film that Mark Hamill portrayed brilliantly, but that seems to be replaced by an increased aloof sense we get from the art here. There’s more of a sage, Jedi Master in these pages than the conflicted hero we saw on screen. That’s not a criticism of either the artists take or Rian Johnson’s choices, just a noticeable difference to me experiencing this story as a reader. Again, it makes me realize I didn’t notice the Luke’s strength in his fortitude to hide from the Force and end the Jedi. As conflicted as Luke was in The Last Jedi, I truly feel the difficult choice he made to sacrifice himself for the greater good is Luke at his strongest and most courageous.

The montage of Rey feeling the different polars of the Force is certainly the strong point of the issue. Again, the artistic team did a great job piecing this together. This frame of the abyss with Rey’s face shaded over of it wouldn’t have worked on film, but it looks fantastic here. We really get the depth of how quickly Rey went to the dark and how much this startled Luke. The Force feels much more like an overwhelming presence for Rey in this adaptation and we feel the anxiety she has about how to deal with this power that flows through her like a lightning rod. Another reason why I feel Rey is the most compelling character in Star Wars at the moment and can’t wait to see where her story goes in the next film and beyond.

We continue to get a look into Luke’s thoughts. I’m very happy that Gary Whitta is the person writing these, as he’s contributed so much great storytelling to the Star Wars Universe, and if anyone deserves to write Luke Skywalker it’s him. As The Last Jedi issues continue, I look forward to what Gary does with this narrative device. It’s a great way to add gravity to Luke’s struggles concerning what he should do about Rey.

I don’t expect this adaptation to change the minds of anyone who has a strong opinion about The Last Jedi, whether that be good or bad. This adaptation is worth your time though, and could make you take notice of things you might not have picked up on. I’ve watched The Last Jedi more than any of the other two recent Star Wars films, and I feel like this adaptation will help enhance future viewings. I respect all fan’s opinions, but this film can’t be ignored, and I feel like it’s contribution to the Star Wars Universe will only feel more monumental as the scope expands. That’s the sign of a good story. 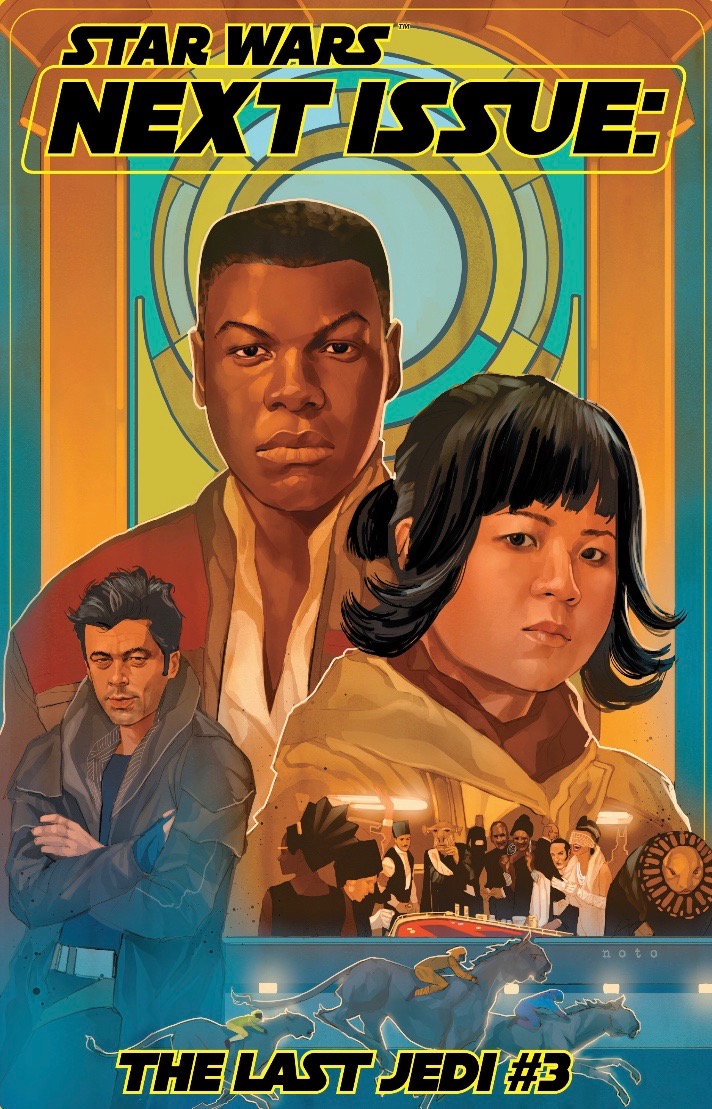 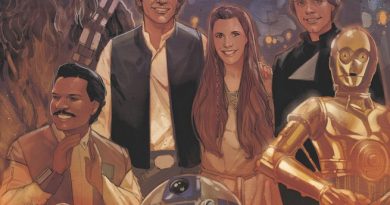 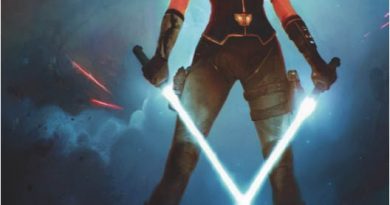