Daisy Ridley Says Luke Doesn't Know Who Rey is When he Sees Her for the First Time! - Star Wars News Net Go To Top
Skip to content 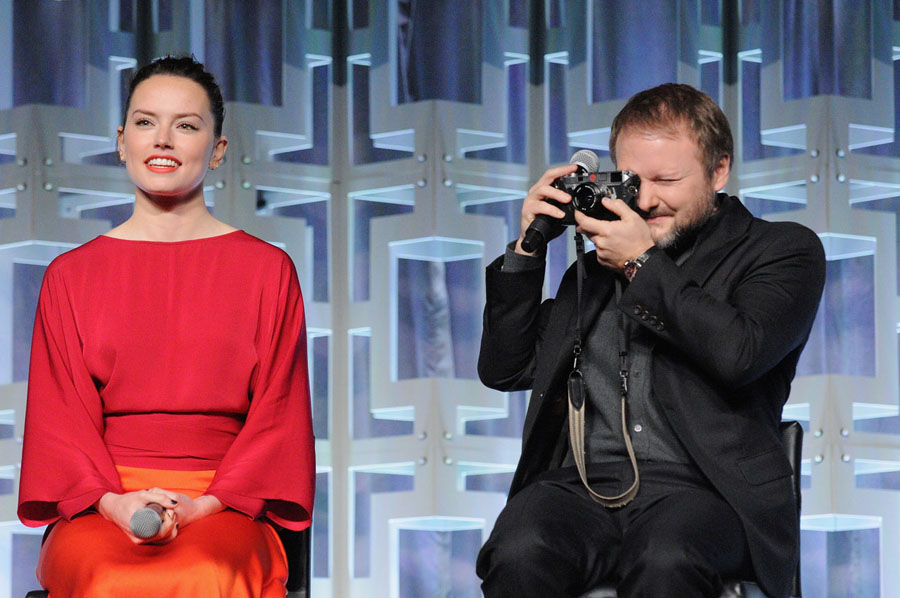 In another brief talk with Fandango’s Erik Davis, Daisy Ridley intentionally or not put the final nail in the coffin of the theory that Luke is Rey’s father or at least so it seems…

While comparing the relationships between Luke and Yoda, and Luke and Rey, Ridley let a slip that when Luke sees Rey for the first time in The Force Awakens, “he obviously doesn’t know who she is”. That would seem rather strange if she was his daughter, don’t you think?

Here’s Daisy Ridley on how Rey’s relationship w/ Luke is different than the one Luke has w/ Yoda or Obi-Wan#TheLastJedi #SWCO @Fandango pic.twitter.com/psE6Axq79h

Now of course she may be speaking from the viewer’s point of view, but obviously the look on Luke’s face at the end of The Force Awakens was meant to mean that he doesn’t know who she is.

Also Daisy revealed that she has spoken with people who saw a rough cut of The Last Jedi, and they all say that the movie has a very different feel, which we all noticed from the teaser trailer that was revealed yesterday.

👉 Daisy Ridley says she has spoken w/ people who have seen a rough cut of #TheLastJedi and they say….#SWCO pic.twitter.com/JsDboLbEE8