#MakeSolo2Happen Day is This Monday May 25! - Star Wars News Net Go To Top
Skip to content 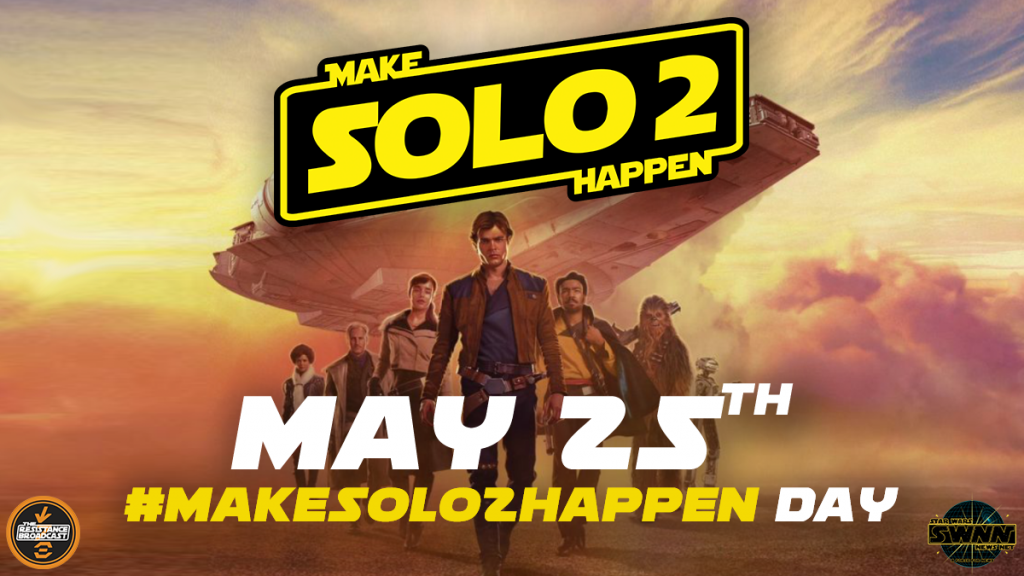 If you are a fan of Solo: A Star Wars Story and would like to see the continued adventures of Han, Chewie, and the other great characters from the film, then join the fun next Monday May 25 for #MakeSolo2Happen Day! How to get involved is simple, post to your social media accounts using the hashtag #MakeSolo2Happen showing your love for Solo and the hope for more stories to be told in a film or Disney Plus series! Here is how the movement got started.

I came up with “Make Solo 2 Happen” initially as a tongue-in-cheek thing because I really loved Solo but it didn’t do as well as other Star Wars movies at the box office. To me it became the first Star Wars underdog story since the original film and I endeared myself even more to it. I felt the need to root for it. That feeling caught on and started gaining attention with more and more fans, which I first really noticed when I wore my “Make Solo 2 Happen” T-shirt at New York Comic Con 2018. People were really into it. Since that day it has been an active campaign of positivity shepherded by our podcast The Resistance Broadcast including my co-hosts James Baney (who made the logo design) and Lacey Gilleran (who came up with the idea for a day devoted to it).

To join the movement, simply use #MakeSolo2Happen any time you are on social media talking about Solo or your hopes for a sequel film or Disney Plus series! 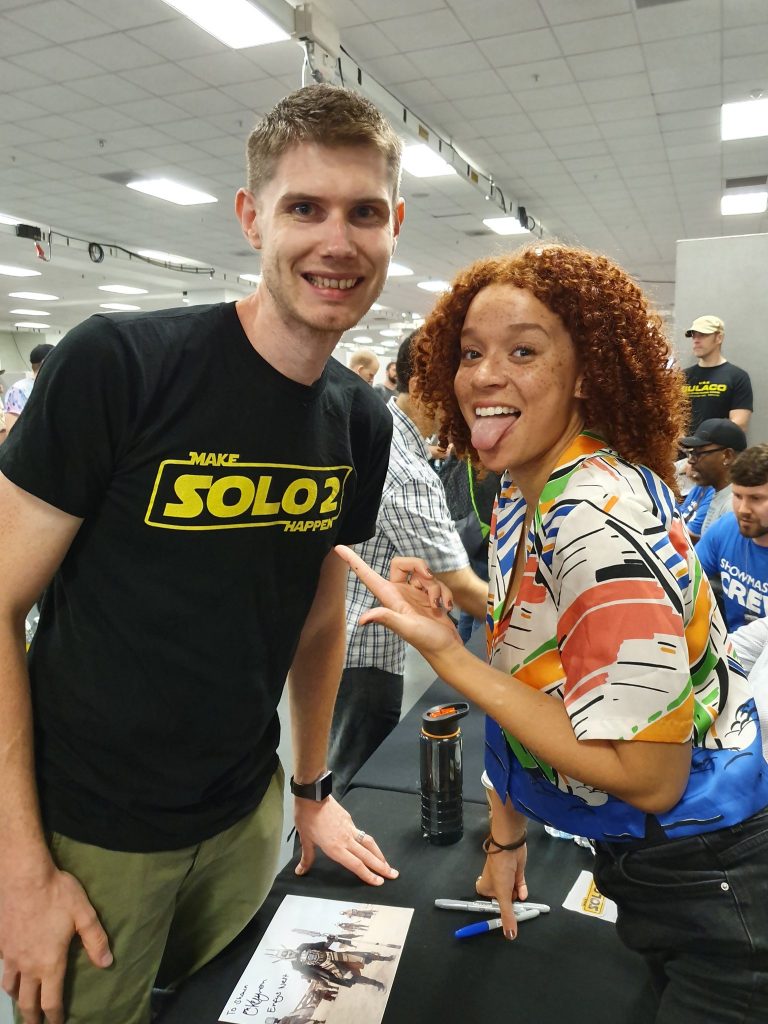 Enfys Nest herself, Erin Kellyman (Solo: A Star Wars Story) poses with a fan of TRB with his #MakeSolo2Happen shirt

The hashtag made waves when the podcast launched #MakeSolo2Happen day on May 23, celebrating the one year release of Solo. It became a top trending topic in the United States and internationally, even beating out the marketing campaign for the new Terminator movie which also launched that day.

Take to your social media accounts all day long using #MakeSolo2Happen and let’s make it trend worldwide again! Fans brought back The Clone Wars, fans helped Rosario Dawson be cast as Ahsoka, and we can Make Solo 2 Happen!