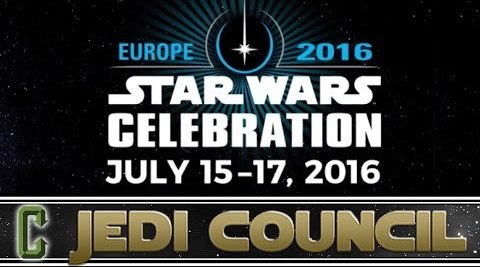 The council discusses what they believe they’ll see at Celebration Europe in London, extensive talk about the recently announced new trailer for ‘Rogue One’, the possibility of fans getting a sneak peek at some Star Wars: Episode VIII footage, thoughts on the two minute Star Wars: Rebels Season 3 clip that recently debuted on Episode 10 of ‘The Star Wars Show’, could a title be revealed for ‘Episode VIII’, the fan favorite segment ‘What’s the Deal with Canon’, your Twitter questions and much, much more on a new episode of Jedi Council!

Don’t forget to send your questions on Twitter to @kristianharloff. Keep in mind the shows new hashtag of – #ColliderJediCouncil.