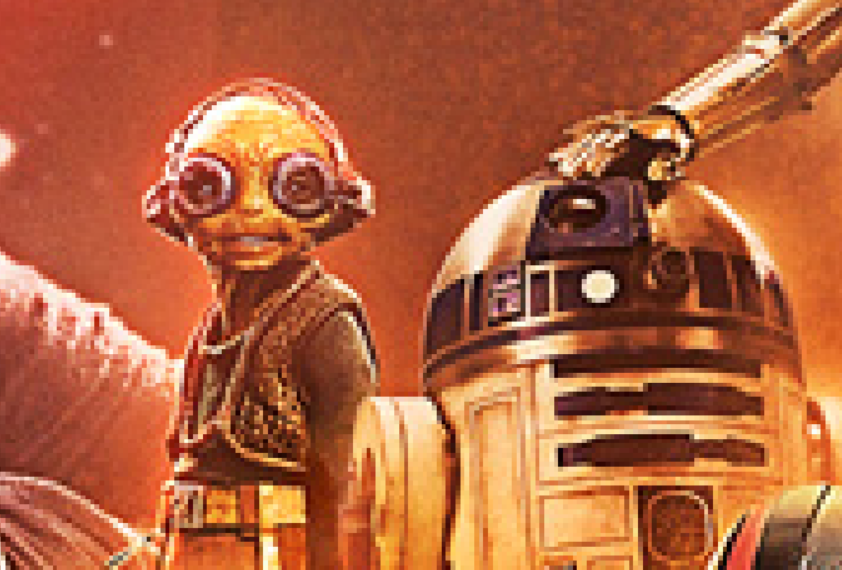 “That’s Maz,” says director J.J. Abrams. Although we don’t know who she’s addressing directly in this narration, the footage focuses heavily on Daisy Ridley’s Rey. It actually reveals a lot more about Maz than we realize.

Her eyes have special meaning and power. “I had some specific ideas about how she would work and what she would do,” Abrams says. “I had this pitch about these goggles that she wore. Her eyes are an important aspect of her character, and you’ll see how it plays out.” 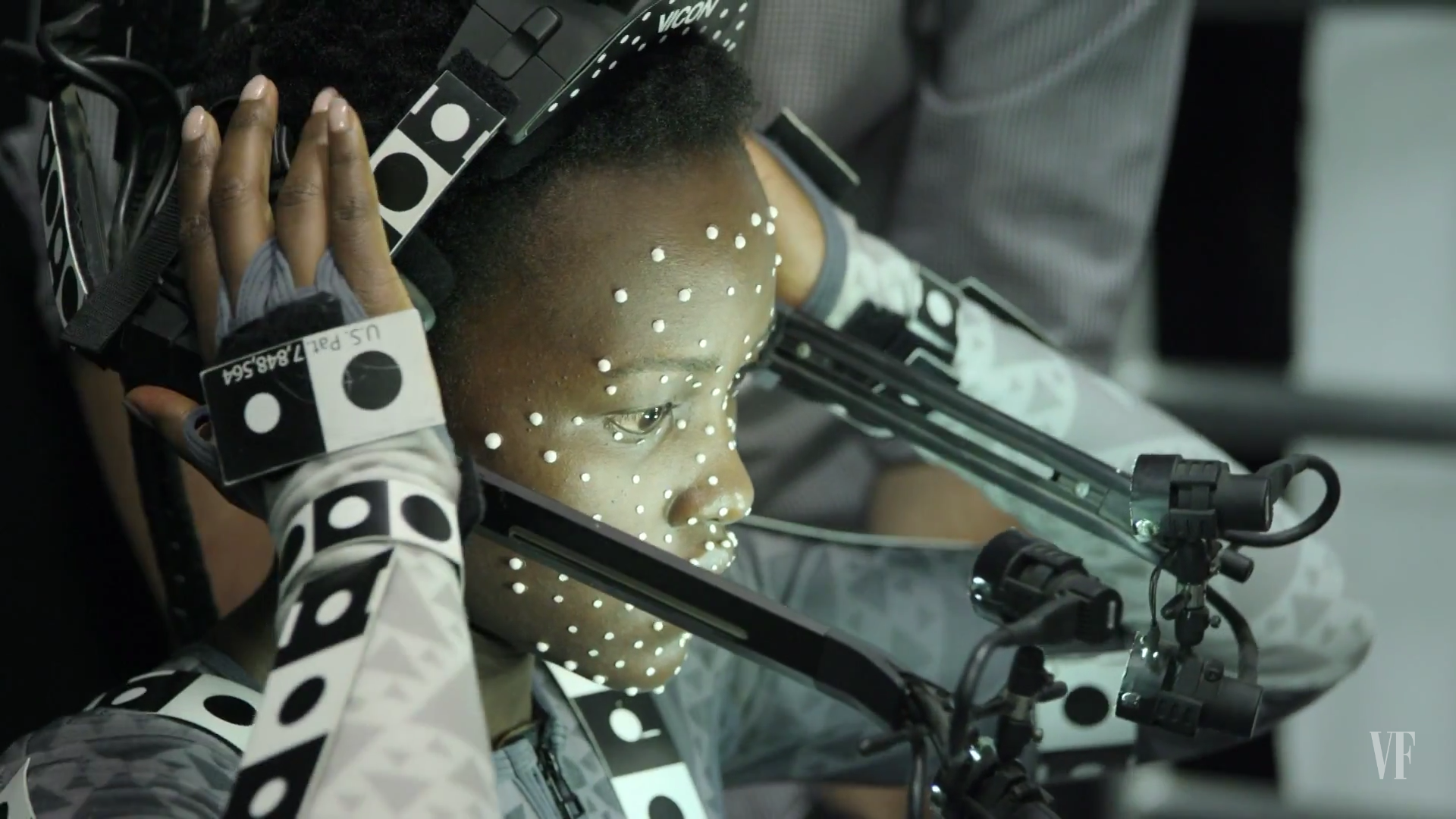 Abrams was willing to go a little further and reveal some of the backstory behind Kanata and the castle she inhabits with a court of misfits and miscreants. “Her history is that she was a pirate for a long time,” he says. “She’s lived over a thousand years. She’s had this watering hole for about a century, and it’s like another bar that you’d find in a corner of the Star Wars universe.”

What kind of species is she? What is her homeworld? “All that backstory will be forthcoming,” Abrams says. “In the movie, you don’t learn these things, but I know that these are things that are coming out in other venues.” So keep your own eyes out for more of Maz’s past to be fleshed out in books or games.

Maz seems to serve as this movie’s wise, ancient alien with connections to the mystical side of the galaxy. “I wanted to do the creature as a puppet originally, but once we figured out the things that she was required to do, it felt like [performance capture] was the way to go,” Abrams said.

Maz is one of the few creatures in her court who is not a real-life, practical effect, and Abrams said the digital artists had a high standard to meet to make her blend in.

“Maz needed to look and feel and be just like one of those creatures. And given her mobility, and given the role that she played, it became clear that that was one creature where we should use the tool of CG,” he says. “But the performance was all Lupita. She was there on set, and we did capture sessions afterwards as well, and I can’t say enough about working with her.”