Could a Star Wars: Battlefront Novel Be in Development? - Star Wars News Net Go To Top
Skip to content

Could a Star Wars: Battlefront Novel Be in Development? 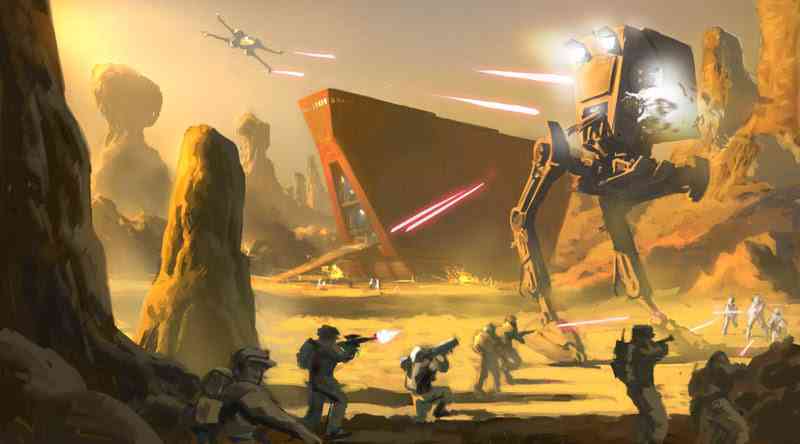 The soon-to-be-published paperback version of A New Dawn features the first official timeline in its pages, listing various types of media across the Star Wars saga. However, there is one interesting note suggesting that a new novel is in development in addition to Dark Disciple and Aftermath.

While one might get the impression that the Battlefront title is just referring to the forthcoming video game, note that the television shows are explicitly labeled as being television shows, and the movies are labeled under a separate banner. Wouldn’t consistency indicate that a video game would be given its own label as well? It’s not uncommon for video games to get novel tie-ins in time for their release – and now, it appears as though Battlefront may be no exception!