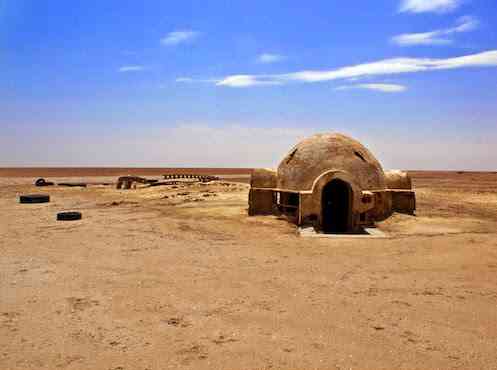 According to the latest rumor, the filming of Star Wars: Episode 7 may not commence at Pinewood studios as was previously expected but under the hot sun of the Moroccan desert. Although posted on April 1, this rumor and its source are pretty solid so here we go…

Sources tell me that Star Wars Episode VII will begin shooting almost exactly six weeks from today, on May 14th. The first two weeks will be on location in Morocco.

If I had to guess I would say this means a return to Tatooine, and that it’s possible the production will be skipping over to Tunisia as well, where most of the Tatooine stuff was shot.

As you may remember photographer Ra di Martino showed some really great photos of the abandoned Star Wars sets used in the previous movies from Tunisia and Morocco.
And now here’s a very interesting assumption by “badass” on how they could use those weathered sets to their advantage. 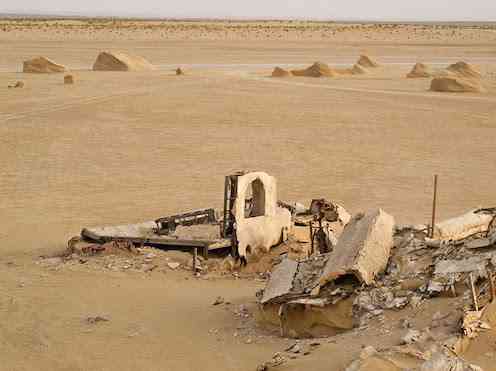 Recently Star Wars fans realized that the sets, left standing after production, were weathering away and some launched campaigns to save them. What if JJ Abrams intends to use the dilapidated sets to show something has changed radically on Tatooine in the 30 years since Return of the Jedi? It would be kind of cool to shoot exactly where Lucas shot, using the exact same structures.

Although this story sounds really interesting, there’s still one big question. Have they ever filmed in Morocco some scenes from the previous Star Wars movies? The answer is no. Here’s a list of all the filming locations of all the Star Wars movies (click).


Also here’s what writer John Rinzler wrote in the book The Making of Star Wars (via makingstarwars):

In addition to its artistic advantages, Tunisia won out over Morocco because it was logistically superior. “It’s locations change very quickly in a very short distance,” Barry Says. “The sand dunes, the big ravine, and the salt flat location–they are all within thirty minutes of one another, which is amazing.”

So if they indeed film in Morocco, they won’t be using any weathered sets, because there aren’t any. Still that doesn’t mean that Morocco can’t stand for Tatooine in the movie. I just hope that if we see Tatooine again, it would be something really quick. There are so many other planets waiting to be explored in the galaxy.