A New Force Is Coming Soon - to Your Wrist? - Star Wars News Net Go To Top
Skip to content

A New Force Is Coming Soon – to Your Wrist? 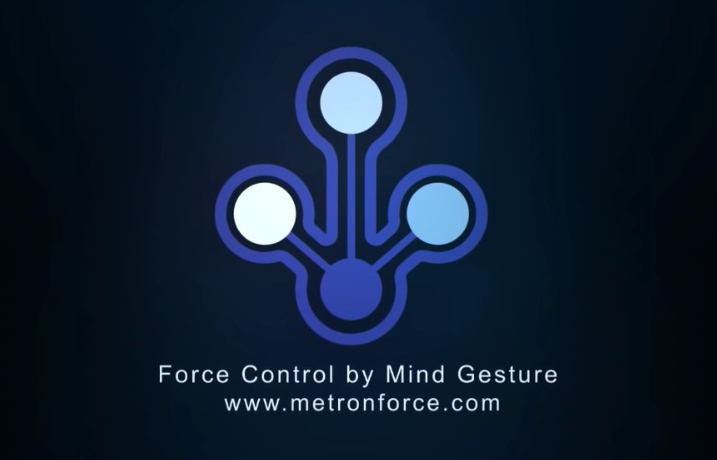 We were contacted by a company, Metron Force, that has developed a product inspired by the powers we see in super heroes at the movies, such as the Jedi Knights. After reviewing information on the product, we thought it’d be worthwhile sharing details about it.

It’s a smart wristband called mForce – wearable technology. It has taken three years to develop, in a Silicon Valley garage. Like most of us Star Wars fans, as kids and adults, Alex Lai wanted to have a force to move objects at will. He wanted this so bad he left his job as an Intel engineer to dedicate himself full time to creating it. What the small startup has today as a result is a fully functional prototype. You can see it in action at the link at the end of the post.

This has been no simple task. The smart wristband has algorithms built in on top of other algorithms. But, in the end, this wristband most closely resembles what a force to move things might be like if we were able to wield it in real life. For now, the company plans to offer it bundled with drones. Depending on the bundle, you will get what the company is calling its BrainReceiver. This is an extra plug-and- play board that converts an electronic device for wireless control via the mForce wristband. So, you can convert your existing drone to be controlled with mForce instead. This includes the new Star Wars drones coming soon. It can control much more too: lighting, home theaters, appliances, etc. Just use the BrainReceiver and mForce wristband instead. 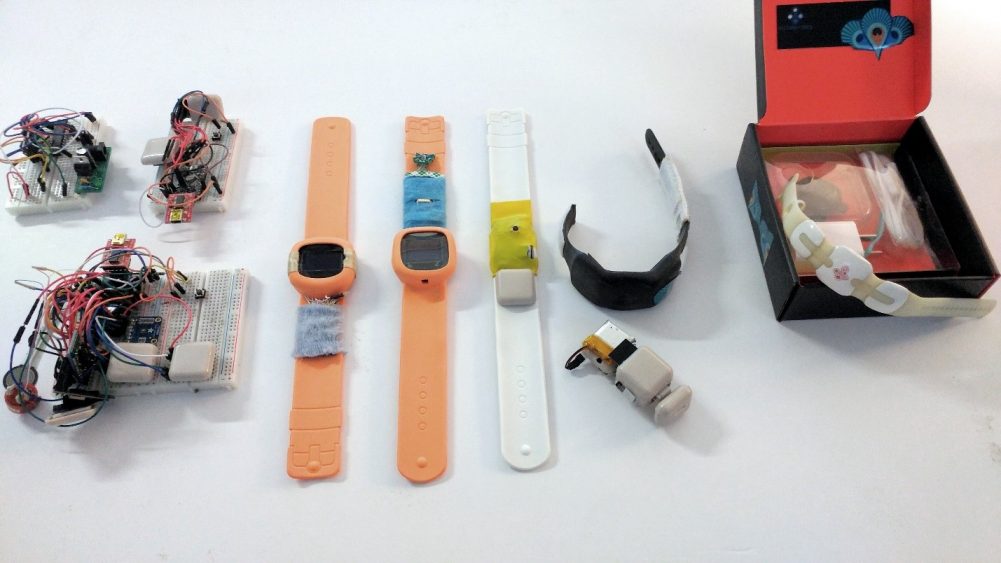 But, before all that, the company is in the middle of working out details for its beta program. It will have a limited number of units to pass out to select beta testers. They’ll be able to give their input on how to make mForce even better prior to mass production. Beta testing is set to begin sometime during the second half of 2016. The product should then go to mass production in early 2017, if all goes to plan.

Pre-order details will also be provided soon. Interested in staying informed about the opportunity to be a beta tester or for pre-orders? Then sign up for Metron Force’s newsletter on their website. 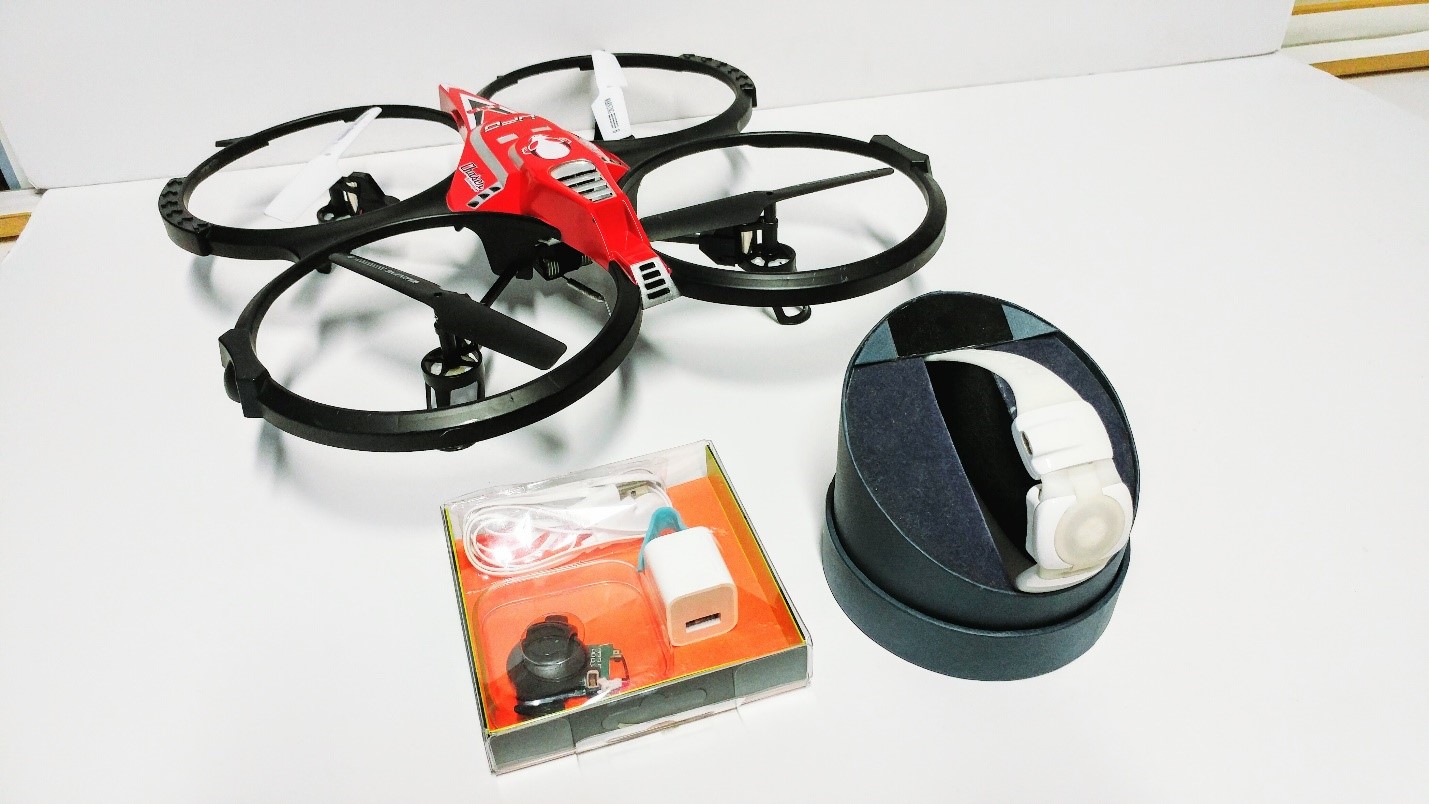 A Prototype of One of Three Bundles Being Considered

Here are the key features in mForce, according to the company:

It’s the only wireless controller that can scale device control from one-to- one to one-to- many devices. In theory, this thing can control a thousand devices from one single wristband. With just a tap, you can easily switch control between devices. Metron Force plans control for up to six devices at launch.

The company claims mForce will offer the most fluid, dynamic and intuitive control of drones, RC cars, etc. Essentially, what your wrist does, your device does. It simplifies important drone controls like pitch, yaw, etc. A special drone algorithm is fused within the mForce smart wristband.

The design boasts a modular approach. This will let the company easily swap components to adapt to other applications as needed, such as home or industrial automation control. And, as mentioned, the plug-and- play BrainReceiver board converts almost any dumb device into a smart device to be controlled with mForce.

It is currently the only known smart wristband with these capabilities. Check out a video of it in action from the below link.