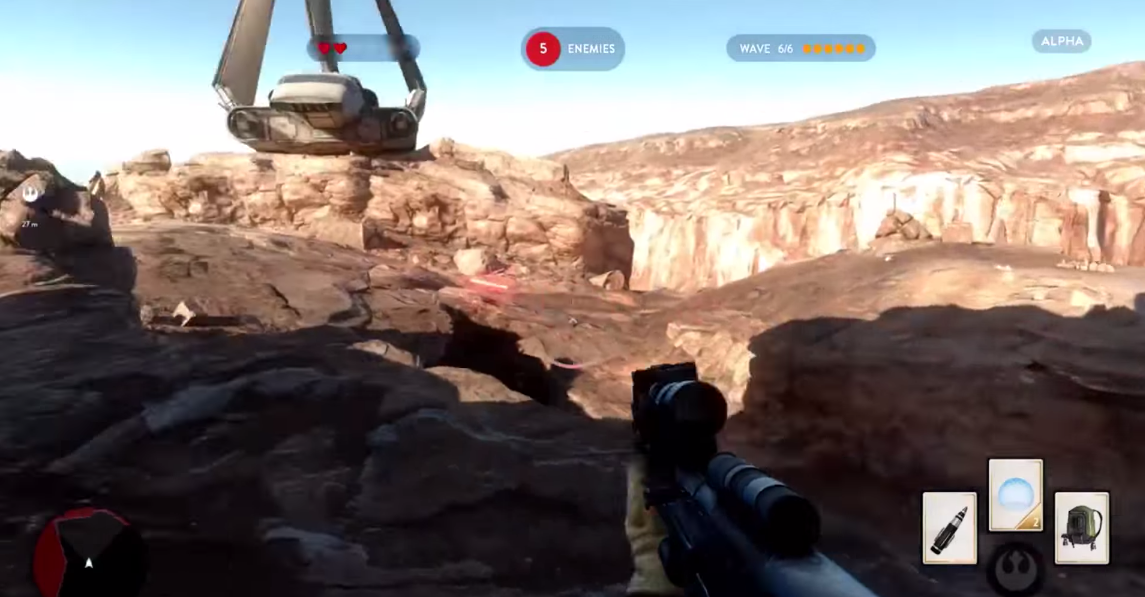 The Official EA Star Wars Twitter account posted a short clip showing off the first glimpse of Battlefront gameplay on PC. Hit the jump to check it out.. DanDinoxfgn.forumotion.com/

It appears that Star Wars Battlefront will have a total of 12 multiplayer maps at launch, and another two available to download for free (pre-ordered copies of the game get the content early, while everyone else...