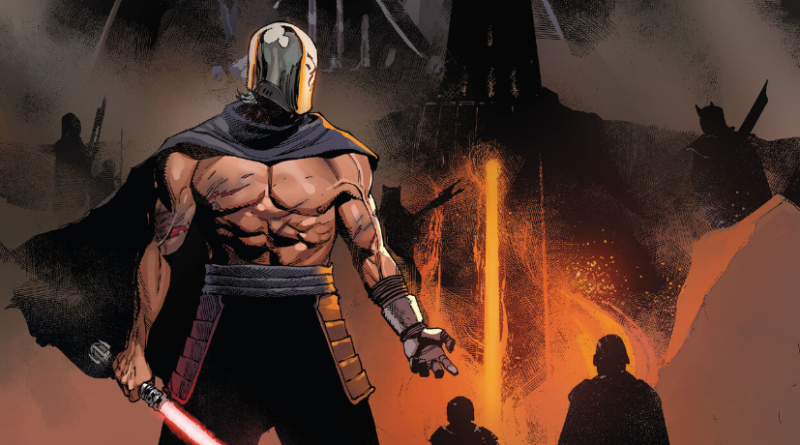 In the penultimate edition in this epic Crimson Reign journey, Charles Soule sends us traveling with the Knights of Ren to Darth Vader’s Castle. Like many Star Wars fans, I get a bit giddy anytime something Darth Vader related gets tossed around.

The previous edition gave us a history lesson on Madelin Sun and how she became the haunted figure we see now. This one comes back to the main timeline of our story as Qi’ra, unable to procure Yoda’s services, seeks out the Knights of Ren for her much needed Force users. Ever since The Force Awakens was released, I have been curious about the Knights of Ren. Comics like these have been a wonderful mechanism to learn more about them and add greater context to what we get in the sequel trilogy. In this comic they thrust themselves right onto the top of Vader’s enemy checklist during a heist that goes a bit less smoothly than the Knights of Ren would’ve liked. 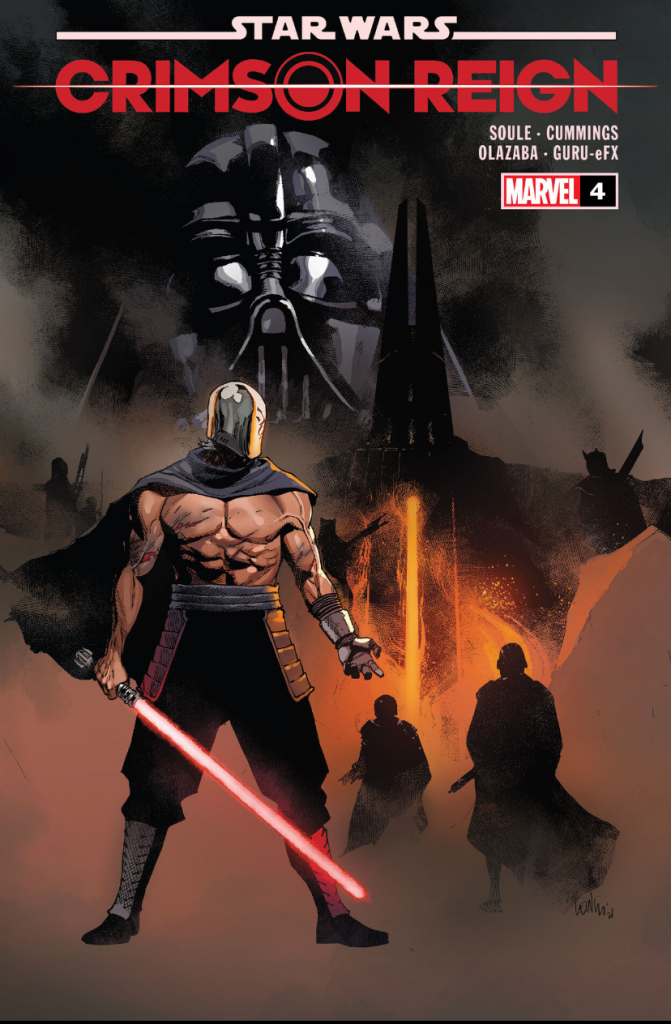 The Knights of Ren have fallen far from their former glory. As Qi’ra is approaching Ren about a job offer, she makes sure to remind them of that while feeding into their desire to reclaim it. She’s so brilliant in her sense to appeal to Ren’s ego while also understanding that behind his charming mask there is a ruthless man of cunning. Qi’ra continues to pull the strings across a number of plots. 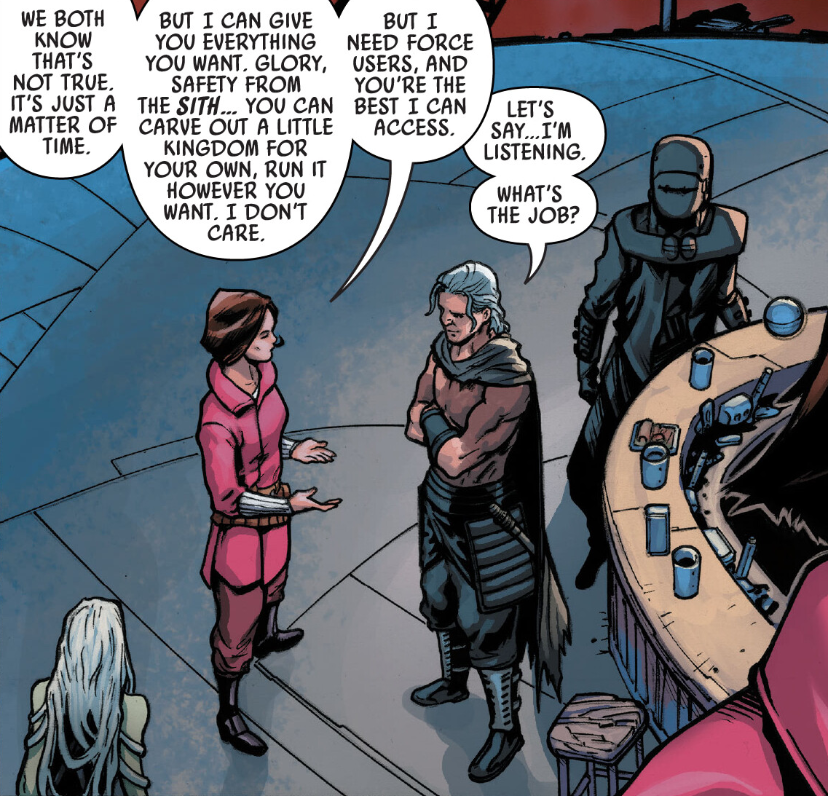 Not all of the Knights of Ren are enthusiastic about their mission. Some think breaking into Vader’s castle for a simple key to unlock something they are unaware of is too great a risk. They fear Palpatine, and Vader will ruthlessly fix their reign of terror towards them. Ren explains how it’s only a matter of time before the Sith set their sights on them. Up to this point they’ve had bigger fish to fry, but that will soon change. Ren convinces them that to strike early gives them the advantage. Vader won’t know they are coming, and Qi’ra presents a powerful ally. 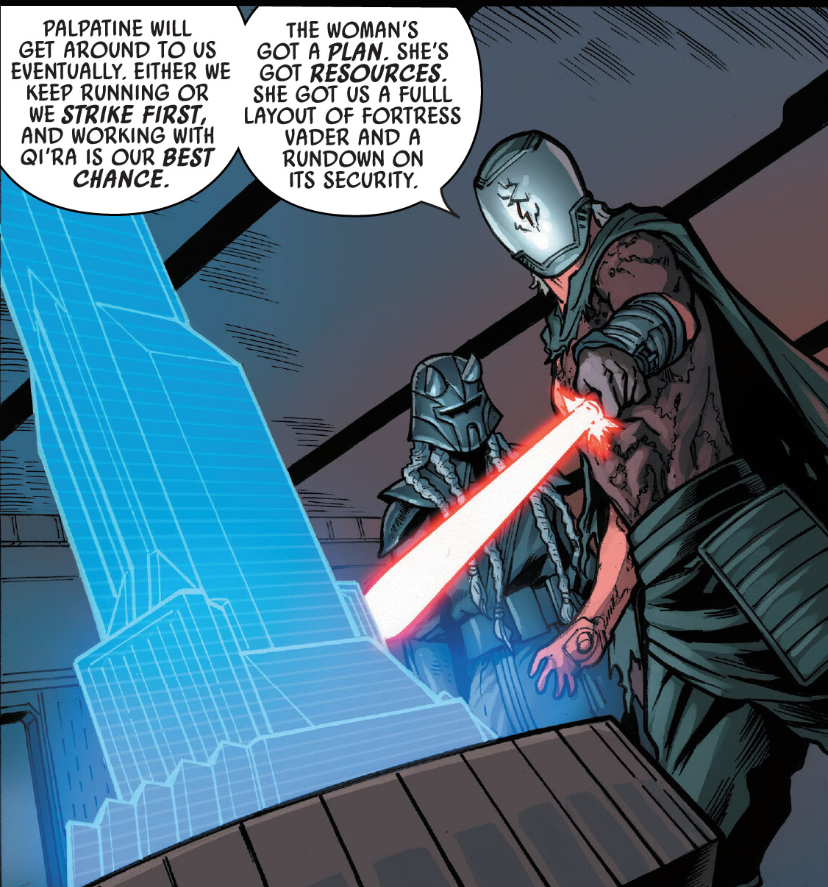 This next photo doesn’t show anything incredibly important from the comic, but rather something I found amusing. One Knight couldn’t care less about the droids, troopers or traps in front of them, but is more concerned about Vader being upset that someone came to “rob his house”. Just the line “rob his house” had me chuckling to myself. It conjured up an image of Vader having old man “get off my lawn” vibes. Now, back to the plot. 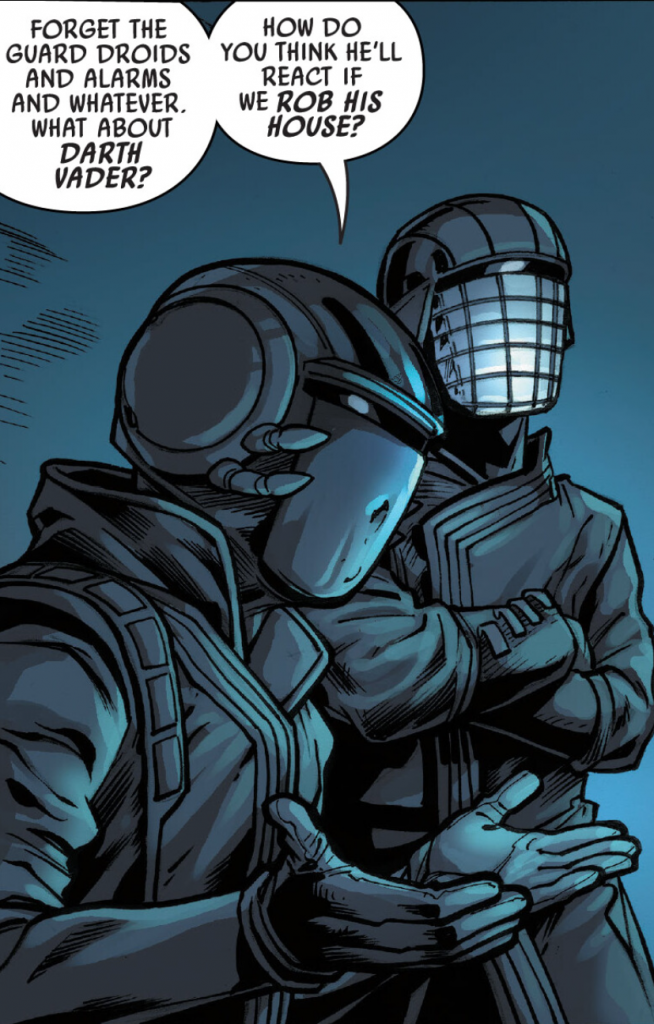 As they make their approach into the castle, the Knights quickly lose the element of surprise, and we meet fan favorite Vaneé again. He is protected from the Knights’ attacks by a force field of some kind, and his quote of Vader being “very protective of his possessions” was haunting. Thinking of all Anakin lost through his insecurities and trying to control everything it seems as if even in his dark turn as Vader, he still desperately tries to protect everything of importance to him. Once Vaneé appeared so confidently in front of them, I had a feeling a certain dark and fearsome presence would make his appearance soon.

And appear he did. After Ren successfully locates the key they were hired to steal, they realize some of their comrades are no longer standing guard. Instead, they come face to face with Lord Vader himself, and he appears to be less than enthused about them “robbing his house”. One poor knight gets the brunt of this frustration with a Vader classic: the Force choke, air lift, and then launch to the ground technique. 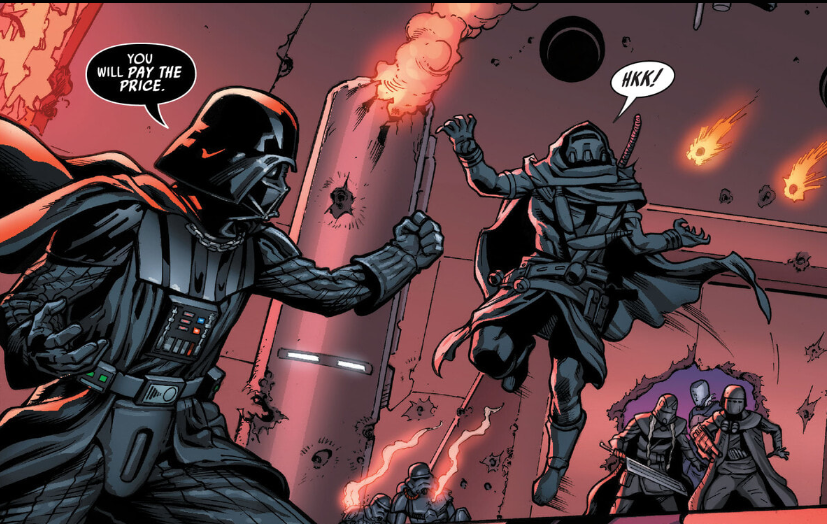 With his knights fleeing for their lives, Ren takes on Vader himself. Clearly overmatched, he doesn’t last long. He does leave a lasting impression on the dark lord as the identity of the intruders is revealed. I am quite certain Vader won’t soon forget about the Knights of Ren. 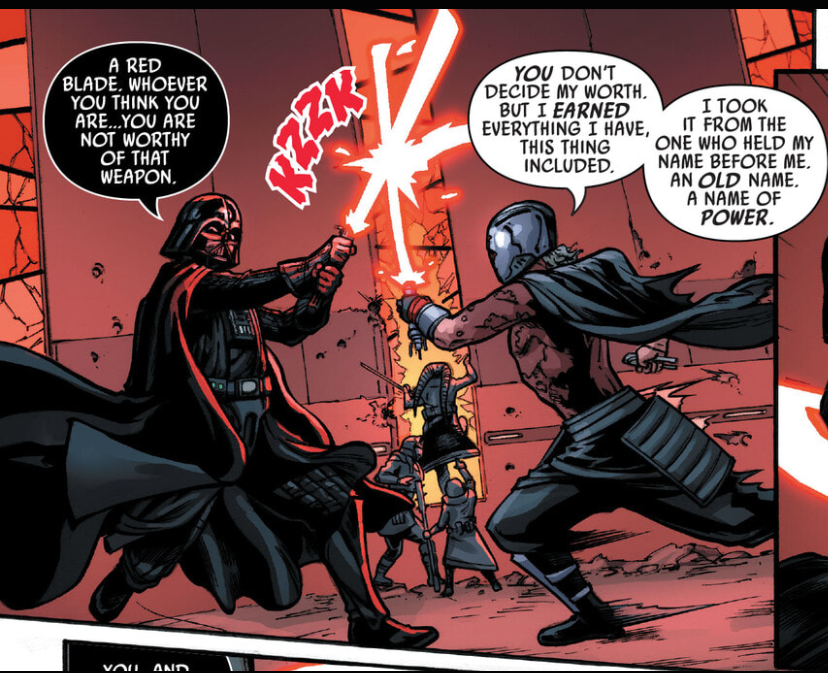 Realizing he is overmatched, Ren makes a daring escape by leaping off the castle to Mustafar’s floor. With the key in hand, the Knights of Ren at least make off with what they came for even though it came at a high price. 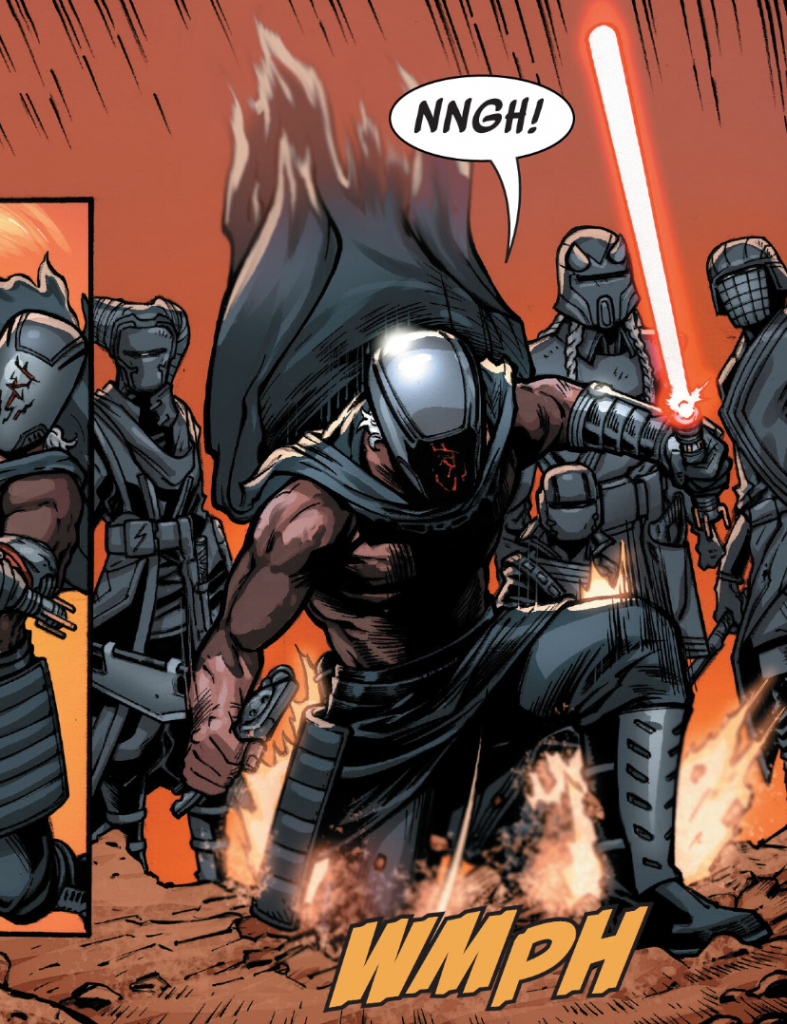 This issue gave us a glimpse into how the Knights of Ren call upon the Force or as they say “the shadow”. While individually limited, they present a formidable unit when united; even if much of their power from the old days has been lost. I am eager to see what role they play in the future of some of these comic editions, as I am sure their run-ins with Vader are not at an end.

With the next edition being the last in this Crimson Reign arc, I am fervently awaiting its arrival. Throughout each of the first four I have maintained my stance of being cautiously optimistic for how this turns out for Qi’ra. It would be entirely frustrating for her to simply be slain by Vader or Palpatine as yet another mark for the lead male antagonist’s clout. She is too good of a character for this tired trope. Soule typically delivers in his storytelling, and I am confident chapter 5 “The Scarlet Queen” will be a thrilling and satisfactory conclusion. 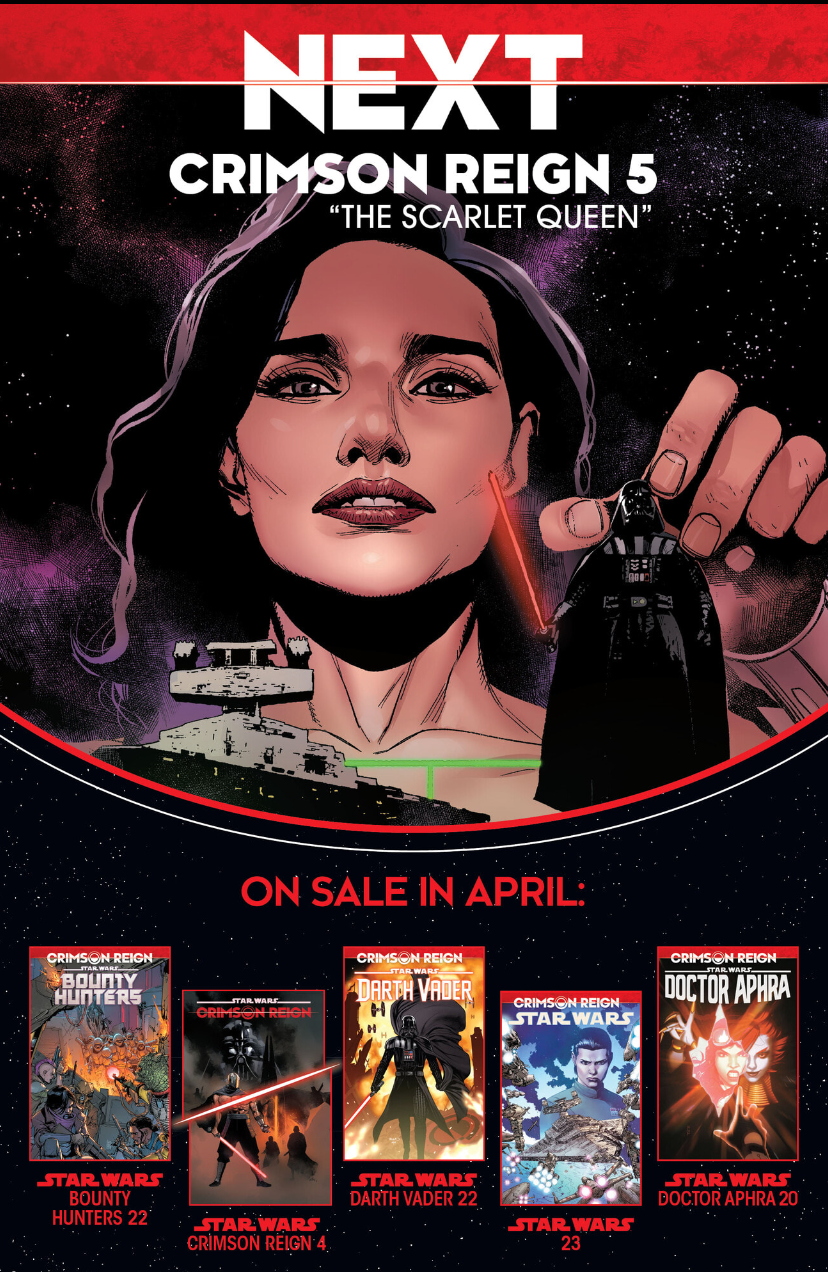 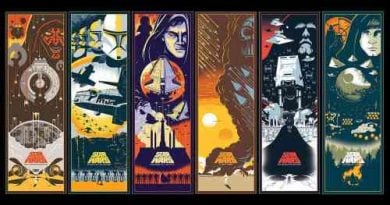 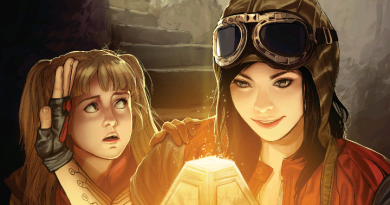