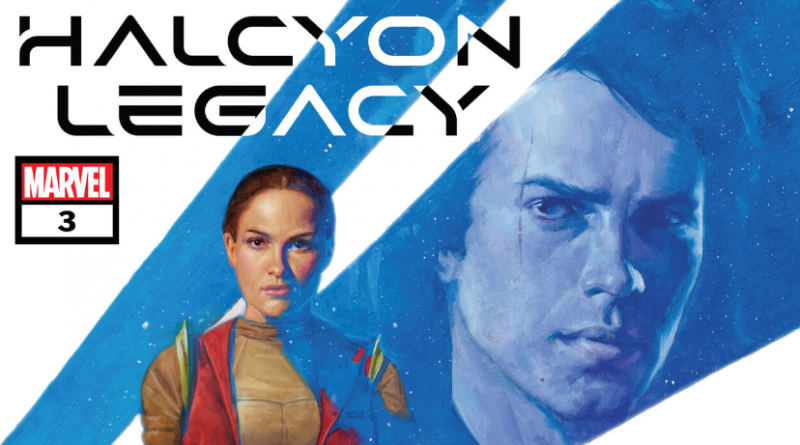 The journeys aboard the Halcyon have taken us back to the High Republic, and another launched us into a dangerous bounty hunter tale. This third issue of Halcyon Legacy takes us into the Clone Wars. It gives us an update in the present Halcyon storyline as the pirates continue to threaten the safety of those aboard until the Resistance Spy is handed over. To soothe the young Tholothian, Cimina, D3-O9 tells a story of Anakin and Padmé on a mission during the Clone Wars…

The two are undercover aboard the Halcyon tracking Republic Senator Zast Tri’vak, who plans to collaborate with the Separatists. Overall, it provides a fun glance into Anakin and Padmé’s relationship while displaying both excelling at their strengths. The issue lacks real depth of storytelling, and doesn’t really get your senses going like the great Star Wars comics do. 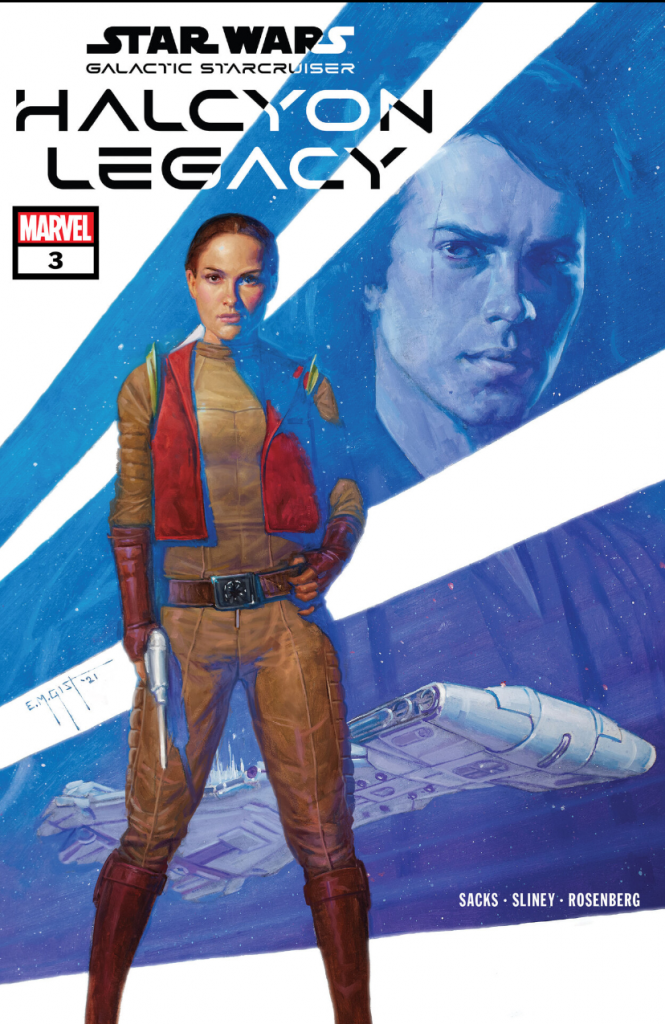 Once again, the issue starts in the present day with the Halcyon in the midst of a daring escape from Pirates who are hell bent on capturing the Resistance and destroying the luxury cruise liner. Growing more and more frustrated by the second, the leader of the pirates, Crimson Jack, opens fire on the Halcyon. To avoid the barrage Captain Keeve of the Halcyon takes the ship deeper into the solar storm. 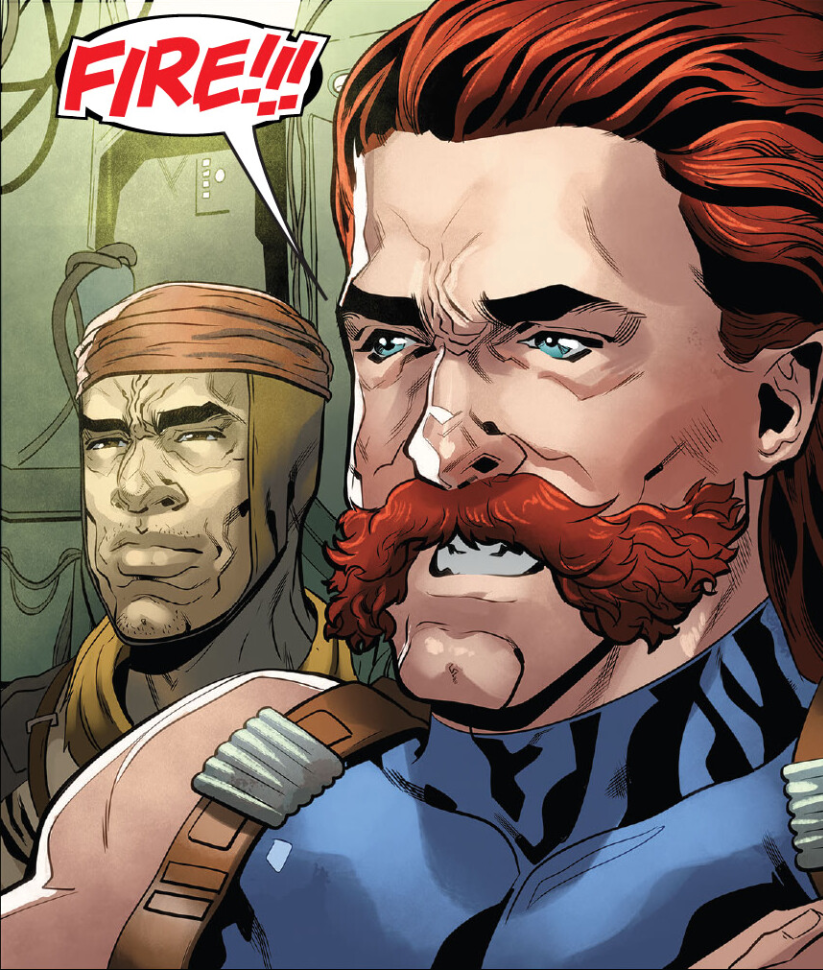 As the danger grows, Cimina’a grandfather, Shorr asks D3-O9 to tell another story. Cimina wants a story of romance and Jedi and a natural story emerges in the droid’s memory. One of none other than Padmé and Anakin. During this time, the Clone Wars are raging and the Hutts currently have ownership of the Halcyon. When they first board the ship, the young couple assumes everything is going according to the plan and decide to enjoy themselves for a minute. We rarely get to see the two as a carefree couple and while I didn’t find the issue quite gripping, it was comforting to see them relax for a few pages. 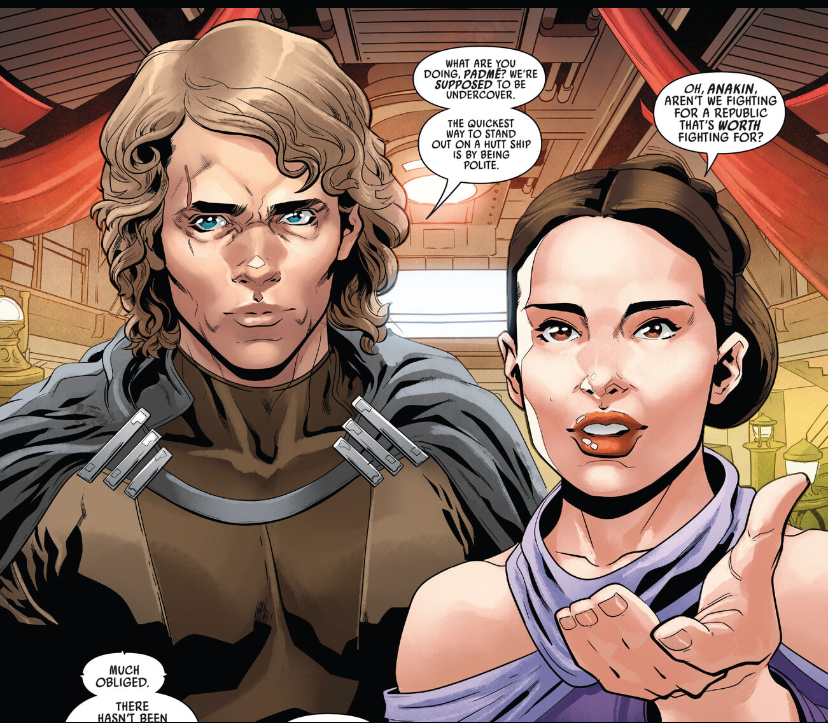 The moment was fleeting as it didn’t take long for the plans to go awry. A sinister presence sneaks aboard. I loved this image by Will Sliney. You can’t see her face but you know exactly who it is. The light at the end of the tunnel slowly shrinks away with the darkest point of the image being where she is standing. Her fists are balled up in a pent up fury; she’s wanting to let loose. Asajj Ventress had boarded the Halcyon.

It doesn’t take long before the Hutt controlled ship is a battle scene. Anakin and Ventress begin dueling both in the physical sense and with a war of words. Hutt security begins rolling in to take control of the situation and here we learn this story is very personal to someone in our present day story. Cimina’s grandfather, Shorr, was a child aboard the Halcyon during this tale and he was thrust unknowingly into the fray and saved by a certain brave senator. Before long, Hutt security overwhelmed the entire party and the dueling lightsaber wielders, the two senators, and one frightened child are brought before the unnamed Lord Hutt. 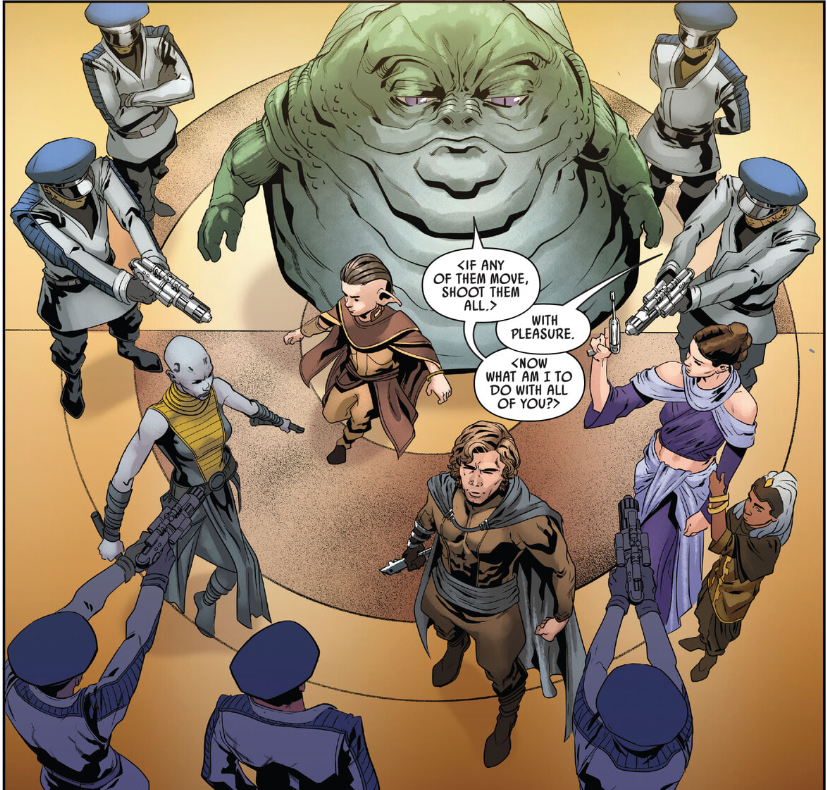 Once Senator Tri’vak felt the walls closing in, he immediately tried to sell out both the Republic and the Separatists. Ventress doesn’t handle these sorts of things very well, and you can probably guess what happened to the poor senator after that…

Per her usual style, Ventress makes a daring escape that endangers everyone else around her. Padmé protects young Shorr while Anakin seals off the exposure to the deadly void of space. Grateful for saving them and his ship, Lord Hutt makes a deal to the married couple.

Inspired by the memory of Padmé’s bravery, Shorr comforts young Cimina as he explains to her he’s about to do something that could greatly impact their safety. Signs point towards Shorr being the Resistance Spy and I am curious to see what exactly he plans to do about the current situation. They are outmanned and outgunned and it seems unlikely he hands himself over.

The Halcyon Legacy series has been a bit lackluster so far as it feels more like some offhanded marketing for their new luxury vacation package. The stories have felt a bit out of place and less than original. This isn’t to say we have been without any shining moments. Some of the artwork has been inspired and one of my favorite bounty hunters, Aurra Sing, was given an issue of her own. This issue was more of the same, although I enjoyed Padmé getting a brief moment in the spotlight. In general, I want more Padmé stories so I can’t be too upset. 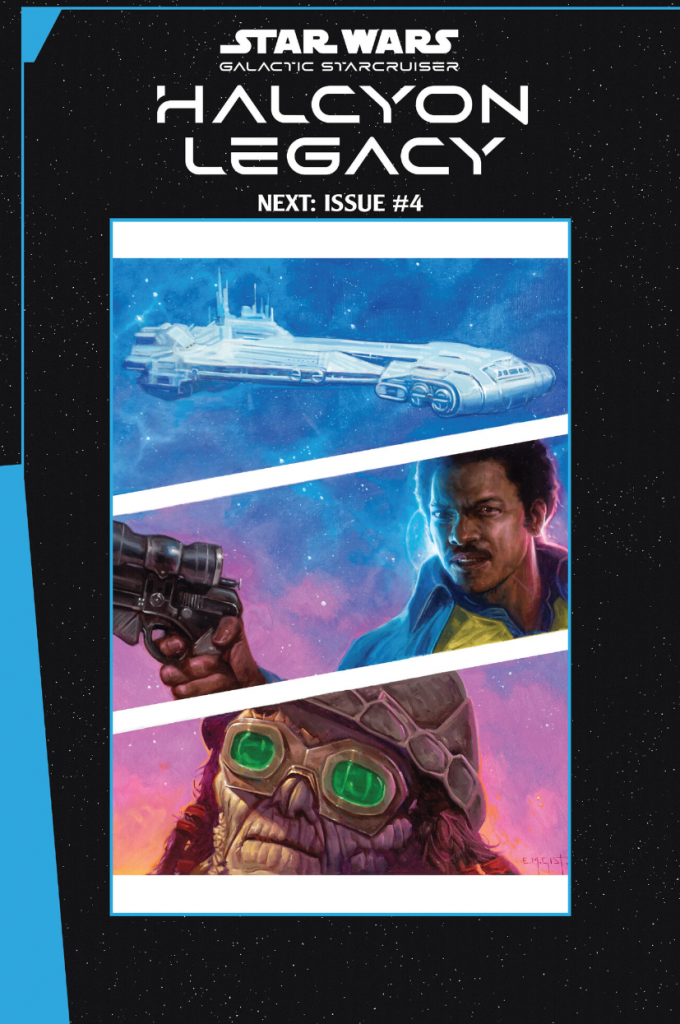 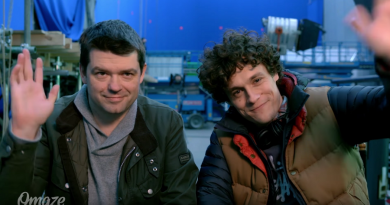 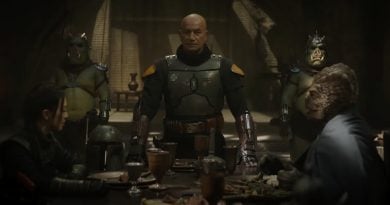 New TV Spot Released for ‘The Book of Boba Fett’ 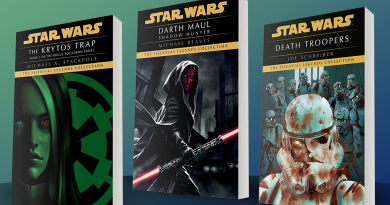