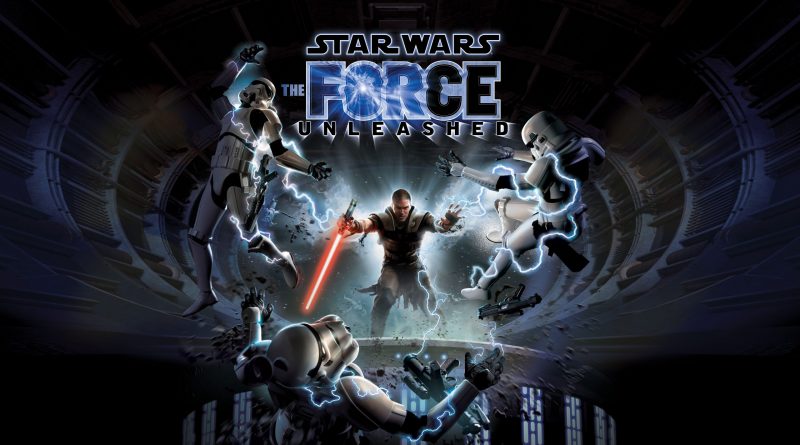 In 2008, LucasArts released what would become one of the most beloved pieces of Star Wars media ever. The Force Unleashed to this day remains a relevant talking point for a number or reasons: it’s thrilling, unique in its gameplay, and has a compelling narrative that still springs heated debates over if any of it should be canon or not. All of this and more combine to make The Force Unleashed what it is today. Whipping out Force combo after Force combo effortlessly as you see legions of enemies fall at your feet never got old for an entire generation of Star Wars gamers. You simply could never be cooler.

If you’re unfamiliar with the Legends story, it takes place between Revenge of the Sith and A New Hope. You are Starkiller (codename). Darth Vader has made you his secret apprentice in an attempt to eventually overthrow the Emperor. You are tasked with hunting down Imperial targets like Rahm Kota and Shaak Ti, Jedi masters who survived Order 66. The tide shifts when more of Vader’s true intentions come to light and you start to question your place in the galaxy, leading you to explore other ways to take on the Emperor. Like starting a Rebellion… If you somehow haven’t played the game before and the Nintendo Switch port will be your introduction to The Force Unleashed, I’ll leave it there, but this really is a story that you should experience at least once. 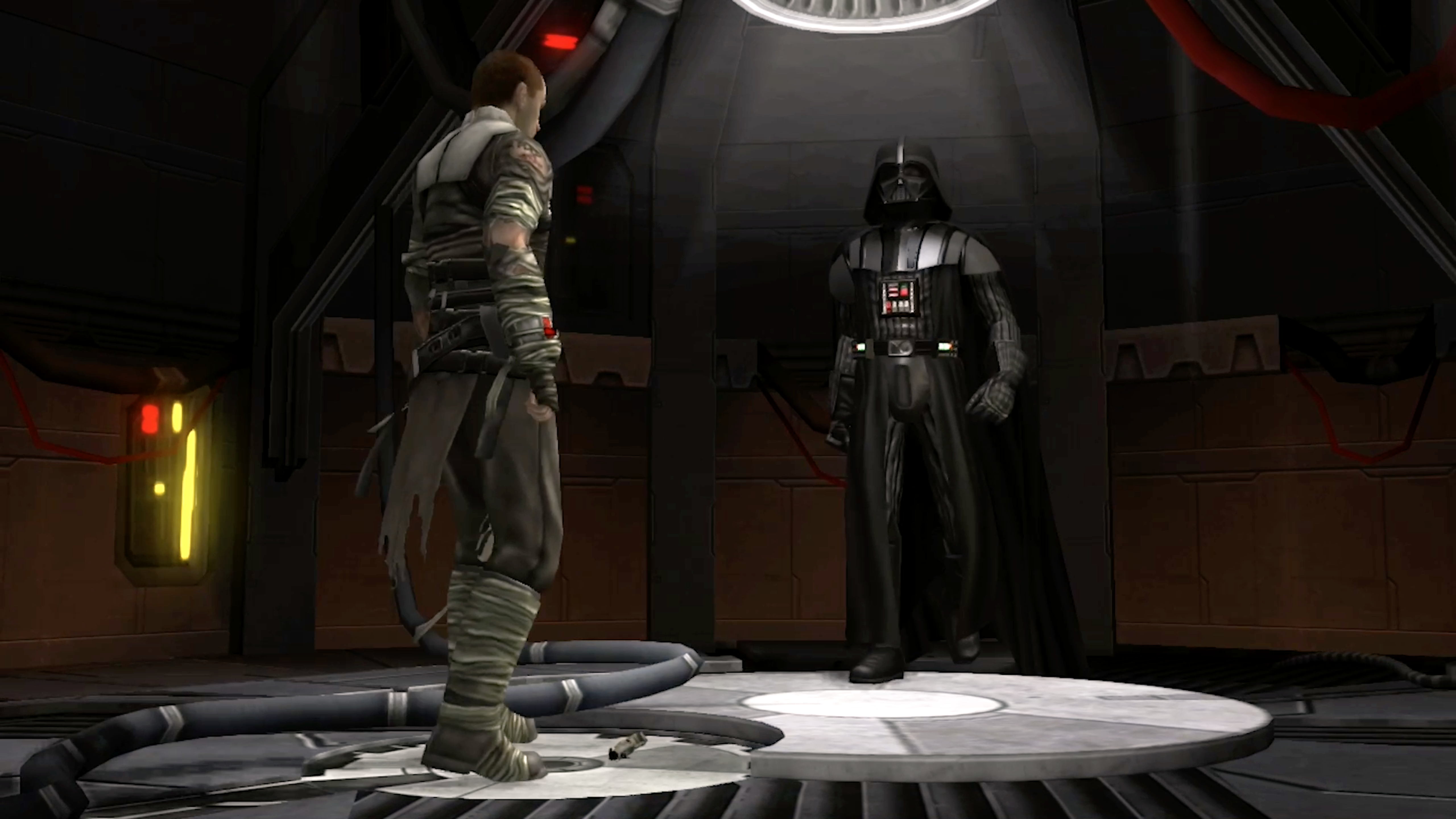 LucasArts developed essentially two different versions of the same game, releasing the more high-powered versions on the (back then) newer consoles while leaving a different developer, Krome Studios, to make the presumed “lesser version” for meager hardware. Krome’s version was for the Nintendo Wii, PlayStation 2 (PS2), and PlayStation Portable (PSP), while LucasArts mainly focused on the release for the PlayStation 3 (PS3) and Xbox 360, which was also ported to PC.

While it maybe was not as polished in areas like graphics, and had a number of levels considerably scaled back, what Krome gave players at the time was a meticulously-crafted emphasis on making gameplay as fluid as possible. The result was a gameplay experience, completely separate from its LucasArts counterpart, that had its own nagging issues despite the dwarfing in the graphical department. Krome even spiced up the narrative by adding in some exclusive levels that the PS3 and Xbox didn’t see. But man, those graphics… It’s such a gulf in quality that, when you see the difference once, you wonder why anyone would play Krome’s version.

So when longtime Star Wars port/re-release developer Aspyr took on the task of bringing The Force Unleashed to a new generation on the Nintendo Switch, there was skepticism. The port builds off the Nintendo Wii version of the game, raising the issue of whether it would transfer well to a console that already has optimization issues. I had the chance to get an early look at this latest version of the classic game and judge for myself whether it lives up to The Force Unleashed name.

Spoiler alert… It very much does. 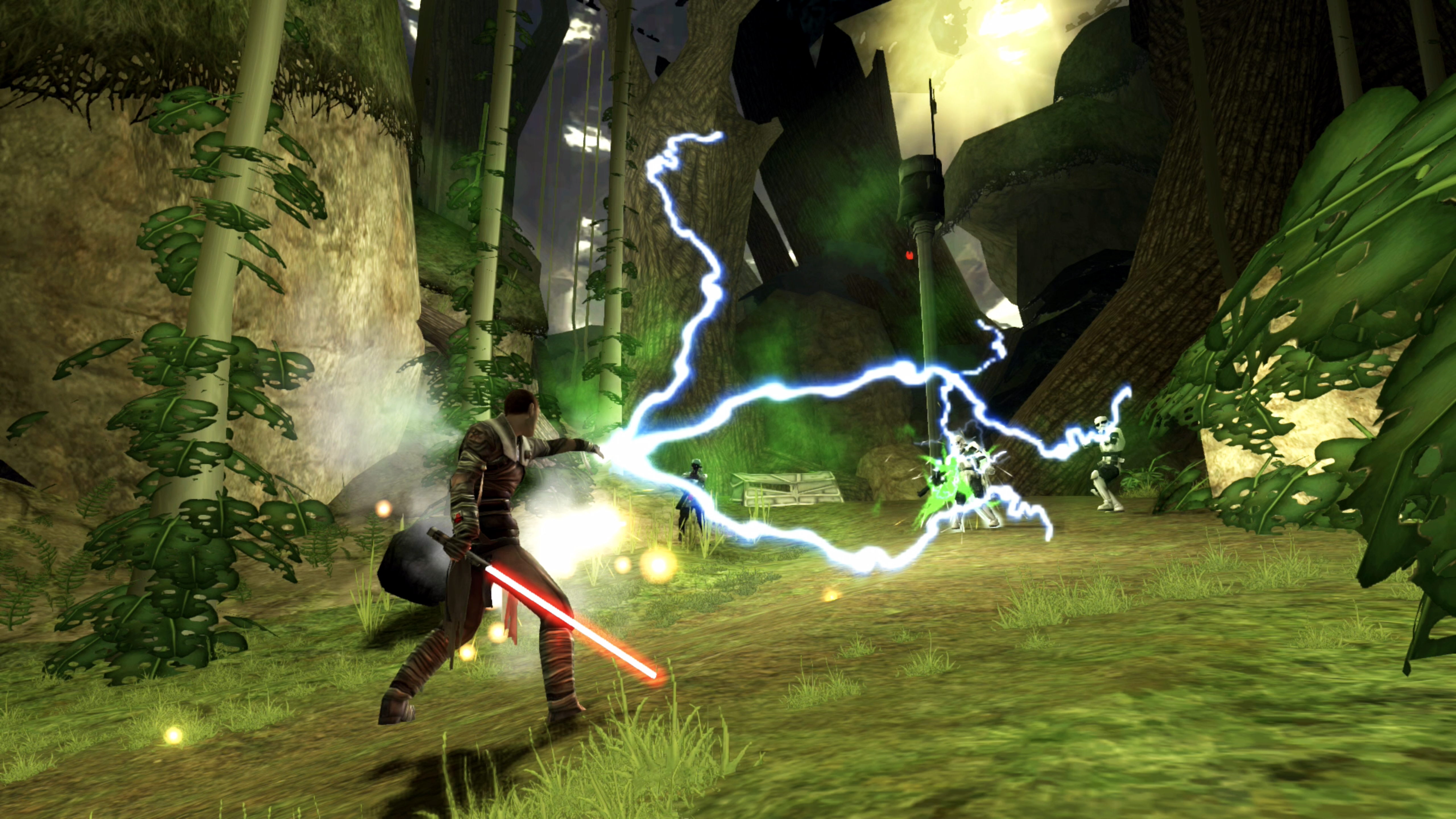 The Force Unleashed on the Nintendo Switch plays like a dream. You have the option to use the motion controls from the original Wii version or regular standard controls. Whether I played handheld, with a Pro controller, joy-cons, or with motion controls, it was always the same result: the game is very responsive to everything, and I never had any real issues performing all the Force tricks I wanted to do.

Gameplay-wise, Krome’s The Force Unleashed was never particularly difficult nor mechanically complex, and that carries over onto the Switch. The only real challenge the game presents comes from its many boss fights. Every encounter feels special, as you suddenly are brought down to earth, since your moves aren’t as potent in those situations.

In my many playthroughs of Krome’s The Force Unleashed over the years, I’ve always appreciated the battle of attrition each major boss puts you through; you have to use every tool in your toolbox if you want to get through them, making the climactic quick time event feel loaded with pressure to pull it off. Otherwise, you might be stuck whittling down the boss’ health again for a few extra minutes to get another chance. Some of these guys and gals will knock you around constantly, and it can get really annoying to fail a quick time event over and over again, but that’s kind of what gaming was like in 2008. Video games have evolved a lot since then, and it’s cool to see games like The Force Unleashed still be used as inspiration. 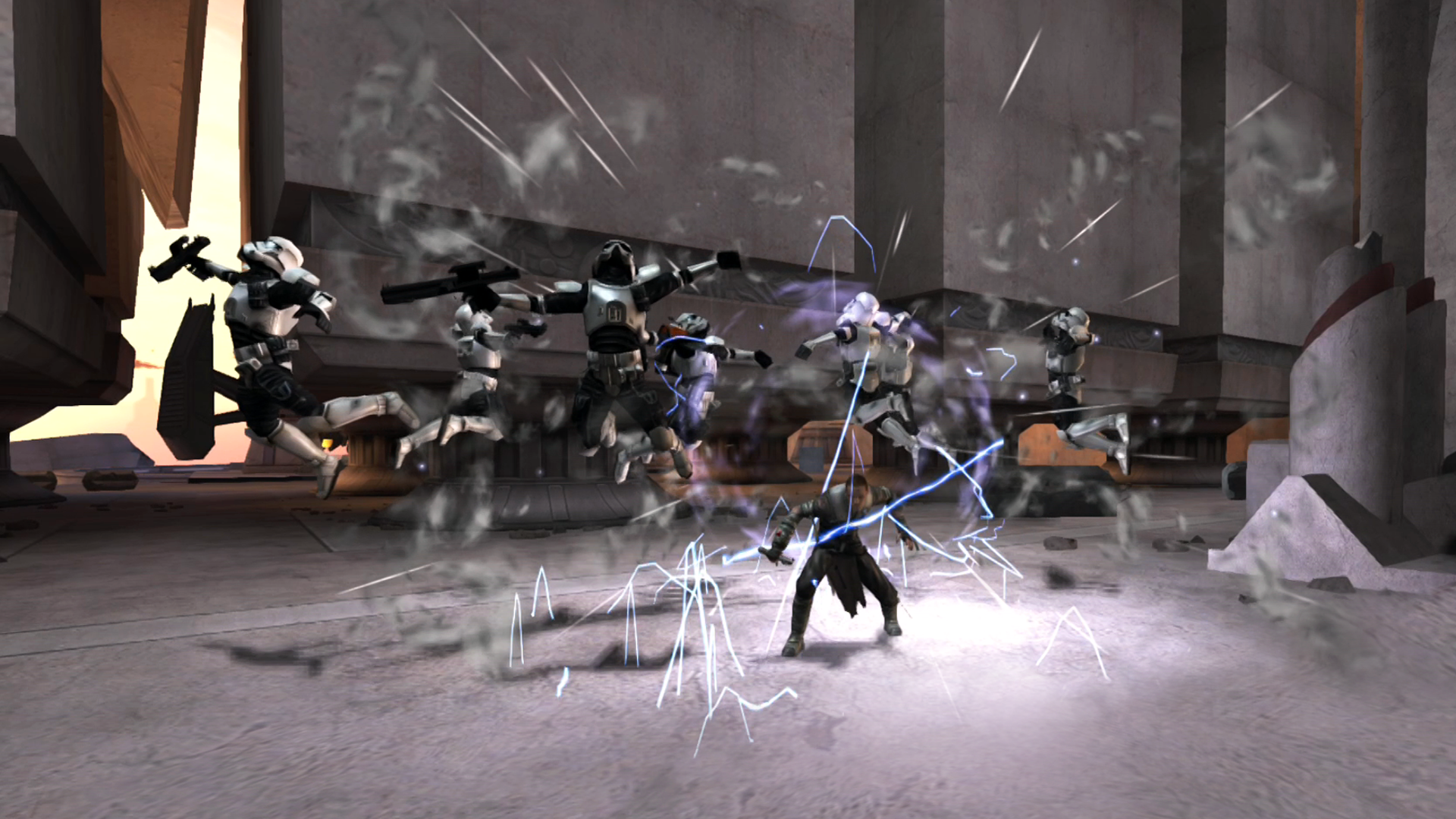 The one aspect of gameplay I had a little trouble getting a grasp on is the motion controls. I felt that sometimes it was a little cumbersome to perform more advanced maneuvers which are otherwise very simple to execute with standard controls. That being said, I was switching control schemes so frequently that I never completely learned them. They still worked fine, and the basics were flawless; it’s just not my preferred style of play. With the game not being too challenging, it really wasn’t an issue. However, I must say that flicking my wrist to throw my lightsaber for a one-hit kill never once got old, and after writing this review, I’m likely to go back in and do it some more. New Game Plus is fun in this game.

Motion controls weren’t completely intuitive, but for a man who is the first to lambast them whenever I go home for the holidays to play anything on my little sister’s Wii, the fact I am not doing it here should say all you need to know — I am just not the target audience for this type of gameplay.

An extra note on controls: this is your warning to make sure you choose well how you wish to play, standard or motion-based, before you start the adventure. There is only one chance to get a full tutorial, and that is during the first couple of levels. The controls which you have active define the tutorial you get. After that, you are largely relegated to going into the menu to get a refresher. You are defaulted to standard controls, but are able to switch back and forth all game long. 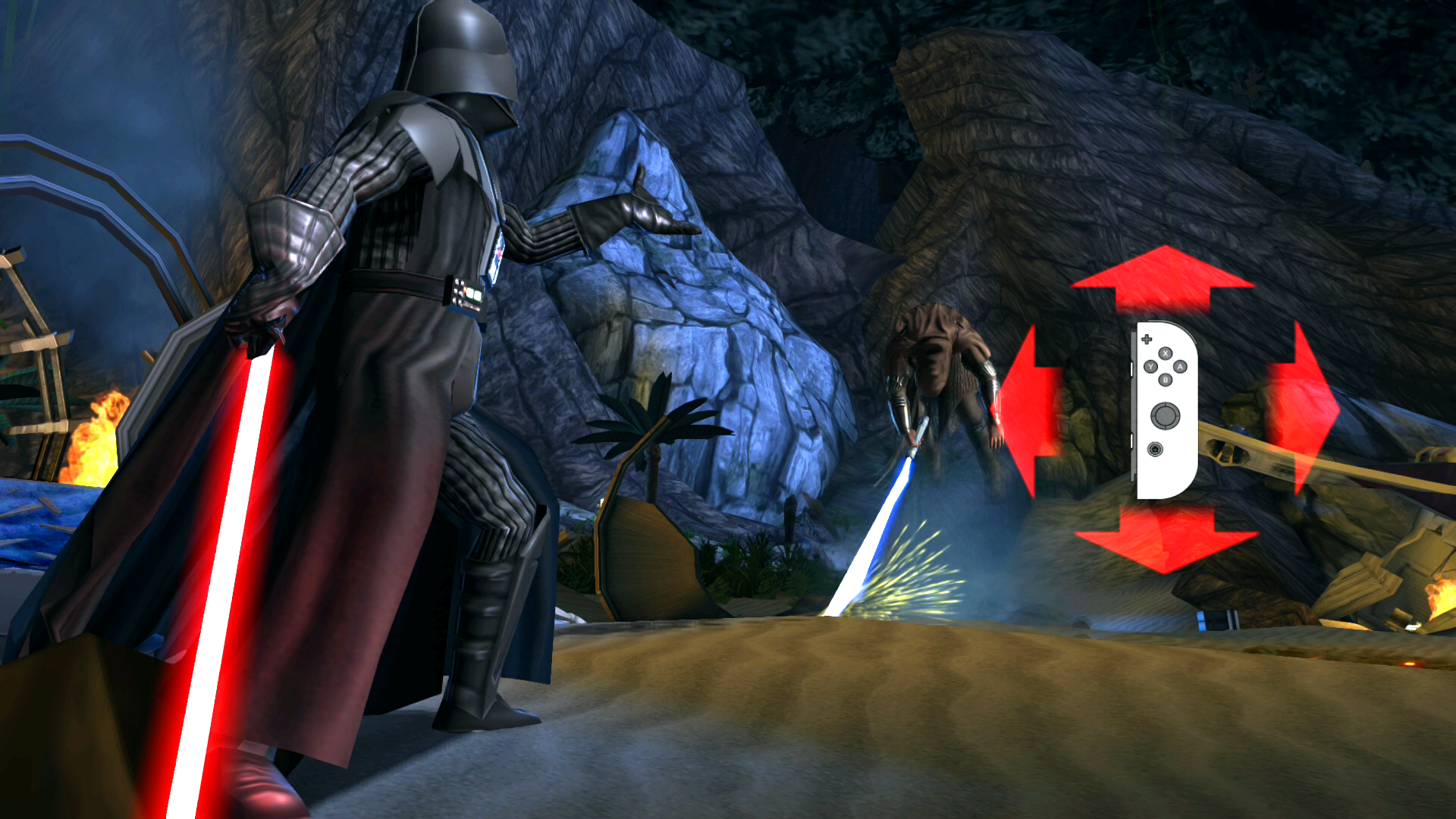 The biggest surprise of the game, however, had to be the graphical improvements. Because it’s a port, the Switch was never going to raise the visual quality to the level seen for the PS3 and Xbox (even though it’s perfectly capable), but the new facelift really shows — textures are cleaned up, resolution is much improved, and overall, it’s what you’d hope to see in a port for a game as beloved as The Force Unleashed. Some characters like Juno are still polygon-y, and cutscenes often feel weird, with characters acting like robots and barely moving their mouths, but that was never going to change wholesale. Krome Studios confirmed they helped with the porting process, so who knows who exactly gets credit for all the touch-ups. Thus, between them and Aspyr, bravo. I’m not the biggest video game aficionado in this realm, but it really impressed me.

Once you get tired of being a graphics critic and wiping out stormtrooper legions, grab a friend and check out Duel Mode. Choose from a litany of classic characters, including Darth Vader, Obi-Wan Kenobi, Luke Skywalker, Mara Jade, and more. Then go and duke it out Super Smash Bros. style. While I wasn’t able to grab a friend to truly experience it for this review, I can tell you this mode is a great time. You have the same move set as you do in the game, so yes, that means you can shoot Force lightning from the palm of Qui-Gon Jinn’s hands. While I may not have gotten a chance to mess around with it that much, I still had fun facing off against myself using everything in my arsenal on a lifeless figure. Like it was for the Wii, the mode is local multiplayer only. 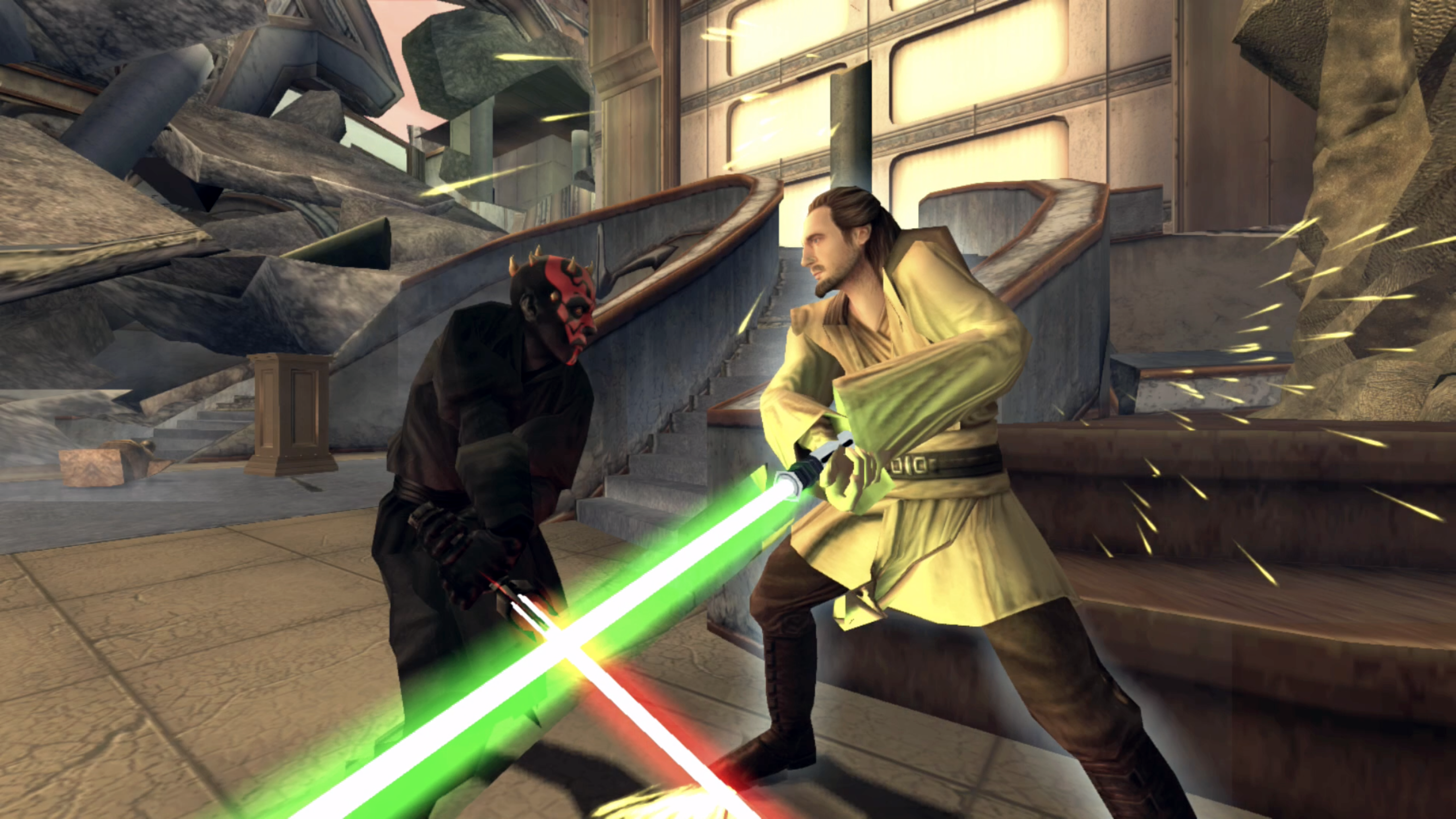 There’s no other way to say it: Star Wars: The Force Unleashed for the Nintendo Switch simply belongs in your collection. If you were to tell me this game is from 2008, I’d believe you, but this still feels like a title that was expertly leveled up for the console. This version of the game holds up extremely well and plays immaculately. For those held up on the graphics, I can’t convince you otherwise, as it still pales in comparison to the PS3, 360, and PC versions. What it lacks in visuals, it makes up for with its ability to make you feel like the most powerful Force user in the entire galaxy, whether you are using motion controls or not. Krome crafted a near-flawless gameplay experience in 2008, and now Aspyr joins them in 2022 to bring it anew.

If you don’t have a copy of this game, try to make it the Switch version. If you’ve never played Krome’s The Force Unleashed, give it a chance — I forgot how much I love this game. And finally, if you’ve never experienced The Force Unleashed in general, now is the moment, since you never know what the future may hold for Starkiller and the rest of the gang. The future of Star Wars games hasn’t looked this bright in a long time, and now’s the perfect time to look back at this important relic of the past.

Thanks to Lucasfilm Games, Aspyr, and Sandbox Strategies for the code used in this review. The game is available now digitally in the Nintendo eShop. Limited physical copies are also available for pre-order from Limited Run Games. 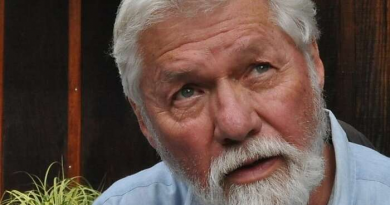 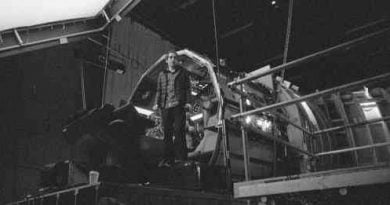 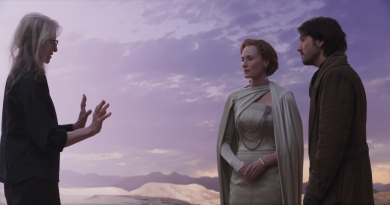