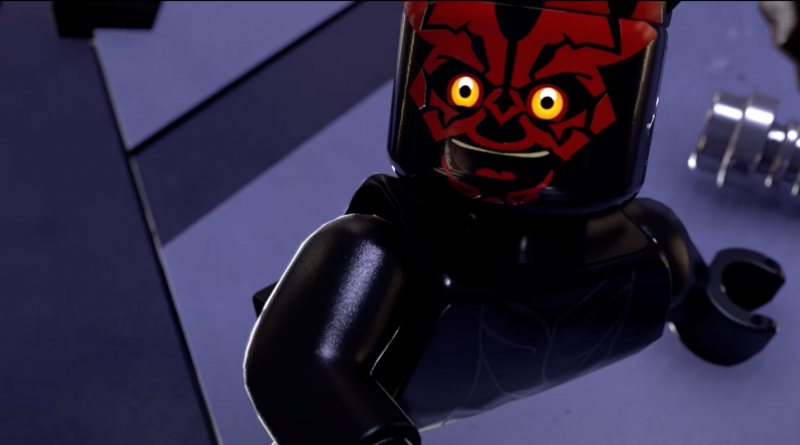 LEGO Star Wars: The Skywalker Saga has proved to be an incredible hit among Star Wars gamers, a fun and lighthearted experience with its own interesting interpretation of episodes I to IX in The Skywalker Saga. The series has never been hesitant to poke fun at the films it adapts, frequently inserting its own silly brand of humor into otherwise serious and dramatic scenes.

One notable aspect of its storytelling is that it has some minor deviations from the movies’ canon. This is usually for one of four reasons: sometimes the game wants to make a joke, sometimes it wants to keep the tone light and fun, and sometimes it has to include an extra for two-player gameplay even if said character is not present in the original scene.

Some of the changes are insignificant, but others are actually pretty interesting. Here are some of the most notable changes LEGO Star Wars: The Skywalker Saga makes to the Star Wars film canon.

As we all know, in The Phantom Menace Obi-Wan cuts Darth Maul in two after he stabs Qui-Gon. In the game though, Qui-Gon actually does it first, seemingly winning the fight. Unfortunately, the Jedi Master lets his guard down during his victory dance, allowing Maul to stab him without the use of his legs. This prompts Obi-Wan to cut off Maul’s limbs and decapitate him (off-screen of course) before Maul’s head comes at him again, this time holding his lightsaber with his teeth. Obi-Wan kicks Maul’s head down the shaft, and the rest is history.

Sio Bibble is one of Padmé’s decoys

In The Phantom Menace, Sio Bibble is one of Padmé’s advisors and doesn’t have much of a role to play in the film’s final act. However, in the game he actually pretends to be one of her decoys; first, in a scene riffing on the classic “I am Spartacus” scene where multiple people claim “I am Queen Amidala” before Padmé speaks up herself, and once more in Theed Palace outside the throne room when Padmé and Captain Panaka hold Nute Gunray hostage. In the film, Keira Knightley’s Sabé acts as a decoy to draw the battle droids away, but in the game, Sio Bibble acts as the decoy instead, despite looking nothing like the queen.

That said, the game never confirms that this is in fact Sio Bibble — subtitles credit him merely as “Theed Civilian” — but there aren’t many other old men with long white beards in The Phantom Menace that he could be confused with, so it would seem that this is indeed him.

In Attack of the Clones, Jango Fett gets decapitated by Mace Windu after his jetpack is damaged by the reek. In the game, Jango is still trampled by the reek, but instead of getting decapitated, he gets squashed when a Republic LAAT/i gunship lands on him in the arena. It’s a pretty hilarious death, but then as the gunship lifts off out of the arena, you see Jango still stuck to the bottom and groaning. Somehow, he survived!

He then falls off the underside of the ship and to the ground off-screen. It’s entirely possible that the fall from above the arena killed him, but given we’re conditioned to believe that no one in Star Wars is dead until we see their corpse, it seems Jango survived the events of Geonosis. Either way, Boba still ends up wearing his armor so it doesn’t upset the films’ continuity.

In Revenge of the Sith, Yoda fights Darth Sidious in an epic duel from Palpatine’s office all the way to the Senate chamber. The two of them fight, but Yoda fails to keep his grip and falls to the bottom before being picked up by Bail Organa. In the game though, Senator Organa accompanies Obi-Wan as he exits the Jedi Temple, while Captain Typho is randomly on hand to help Yoda fight Sidious so that a second player can take part in the boss battle. The game doesn’t ignore him either; Typho is present in cutscenes, and Yoda frequently speaks to him throughout the level.

We’ve all seen Anakin and Obi-Wan’s big fight in Revenge of the Sith. Now R2 and 3PO get to watch it too as they solve puzzles during the fight to help out Obi-Wan. Presumably this is so the Mustafar level is not just 10-20 minutes of button mashing, but considering neither of them leave the landing pad in the films, it seems a notable deviation from the film canon.

Han Solo shooting Greedo is one of the character’s most memorable moments, and we’re all familiar with the “Who shot first” debate at this point. However, that’s not the issue in The Skywalker Saga. The game shows Han clearly shooting first, but he actually never manages to shoot Greedo. Instead, the two of them fire wildly at each other, missing all their shots, until Han gives up and just throws his blaster at Greedo’s head. The DL-44 bounces off the Rodian’s head, and the bounty hunter walks off-screen forlornly. Greedo lives to fight another day!

General Rieekan and Han rescue Luke from the wampa

In The Empire Strikes Back, Han heads off into the blizzard to find Luke after he is captured by the wampa. Luke manages to escape the wampa’s lair after severing its arm, before collapsing in the snow right before Han finds him. Han builds a shelter for both of them, and they wait until morning.

In the game, General Rieekan accompanies Han on his search, and the pair of them find Luke in the cave right after he manages to free himself from the ceiling. The wampa manages to reattach its severed arm (being made of LEGO and all) and chases them out of there, which allows Luke to get enough distance on the others to have his vision from Obi-Wan. Han and Rieekan regroup with him, and the three of them make it back to Echo Base before morning!

During the iconic “I am your father” scene in The Empire Strikes Back, the game focuses in on Vader’s hand reaching out to Luke, at which point R2 jumps into frame squealing. Annoyed at the interruption, Vader kicks his old droid off the side, and Luke dives down to save him. Vader yells “Nooo!” after realizing his son has slipped from his grasp. Of course, in the films, R2 is busy helping Leia, Lando, and Chewbacca rescue Han at this point, so this is a silly but amusing departure from the films.

One of the most memorable moments of The Force Awakens is Han’s death at the hands of Kylo Ren, when Han’s son stabs him through the chest with his lightsaber. In the game this scene plays out slightly differently to alleviate the tension. Kylo activates his lightsaber upon seeing Han, which immediately shorts out due to his shoddy workmanship.

He asks Han for help fixing it, and Han obliges. However, he accidentally turns it on and ends up cutting a ring around himself on the catwalk. All Kylo has to do is stamp down to dislodge the freshly cut ring, and Han falls to his death. Again, another silly but amusing detraction from the established canon, and Han still dies.

In The Last Jedi, Kylo Ren leads an attack on The Resistance’s capital ship. He gets ready to shoot a proton torpedo, but can’t go through with it after he senses his mother on board. In the game though, he is in the middle of putting his top back on (the game mocked Adam Driver’s surprisingly buff body in the previous scene) and accidentally presses the button to fire the torpedo while wrestling with his shirt. It hits the bridge, and everyone is blown outside just like in the film. Leia then summons a nearby fishing rod with the Force and reels herself in back to the ship, which is not quite what happened in the film.

During the race to the First Order’s energy cannon on Crait, Rose doesn’t crash into Finn to stop him sacrificing himself like in the movie. Instead, the joystick on her ski speeder breaks off, and the entire vehicle crumbles, incapacitating her. Meanwhile, one Resistance fighter hanging on for dear life to another ski speeder trips and is sent flying straight into the cannon, which overloads it and destroys it, but not before it shoots down the door to the Rebel base like in the film.

Rose is on a stretcher for the rest of the level, and neither she nor Finn get the arc they do in the actual film. It’s still pretty funny though.

Lightspeed skipping back to the Original Trilogy

At the beginning of The Rise of Skywalker, Poe introduces a new travel technique called “lightspeed skipping”, where the Falcon jumps to hyperspace without pre-planning a route in the navicomputer, so our heroes end up travelling to the atmosphere of several random planets while evading the First Order. This happens in the game too, except some familiar locations are added on at the end.

First, the Falcon jumps to an asteroid field and narrowly evades the same exogorth (space slug) that tried to swallow the Falcon in The Empire Strikes Back. Then they skip again and find themselves directly above the sarlacc pit on Tatooine. Finally, they skip again and land in the hangar of Han and Chewbacca’s old freight ship from The Force Awakens. They relax for a bit, confident that they’ve finally lost the First Order, only for the ship to be attacked by the same rathtars they left behind in that film. They jump to hyperspace again and arrive at Ajan Kloss, where one rathtar accompanies them and spends the rest of the film washing the starfighters as a member of the Resistance.

These are the main differences we could spot between the film canon and LEGO Star Wars: The Skywalker Saga. Of course, there are some smaller, sillier moments that didn’t make the cut here, but these felt the most notable.

Did you spot anything that we missed? Let us know in the comments below. 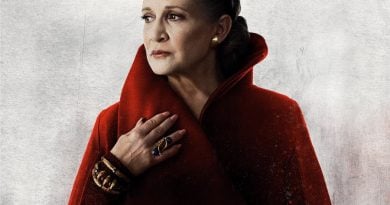 Collider Jedi Council: The Last Jedi: Will Leia Be Powerful in the Force? 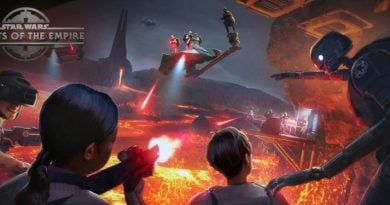 Star Wars: Secrets of the Empire Hyper-Reality Experience Coming to Disney This Year! 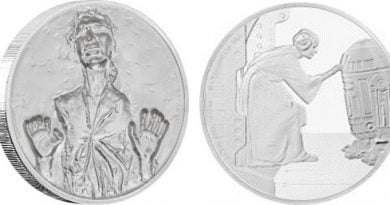