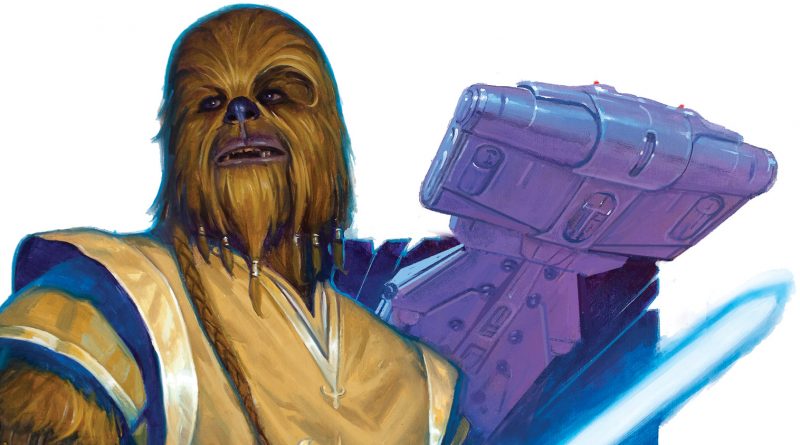 The first Halcyon Legacy issue is out and launches right into the heart of the sequel trilogy era. Tholothian grandfather Shorr Komrinn is taking his family on the famed Halcyon star cruiser for a vacation. His daughter, Cimina, is just how I imagine every kid will be when Disney’s new premiere vacation experience is up and running: exuberant and eager to experience everything the ship has to offer. While our main conflict for our current characters takes place during the Sequel era, there is an alternative story being told that takes us back to High Republic times.

Since the Halcyon cruiser has been popping into the High Republic era in various forms, it has made me slightly uneasy. I was even more weary at a full-fledged Halcyon Legacy comic arc being done. With Disney trying to generate excitement and intrigue into their grand new vacation package, it was hard not to feel as if I was having some cheap advertising unwillingly thrust in my face. At times, the issue can have the appearance of one long commercial designed to immediately make a Halcyon vacation reservation. Simply appreciating this issue is difficult in places, as the story and this method of advertising are joined at the hip. With that being said, spending time with Padawan Burryaga and Nib Assek is always a treat. 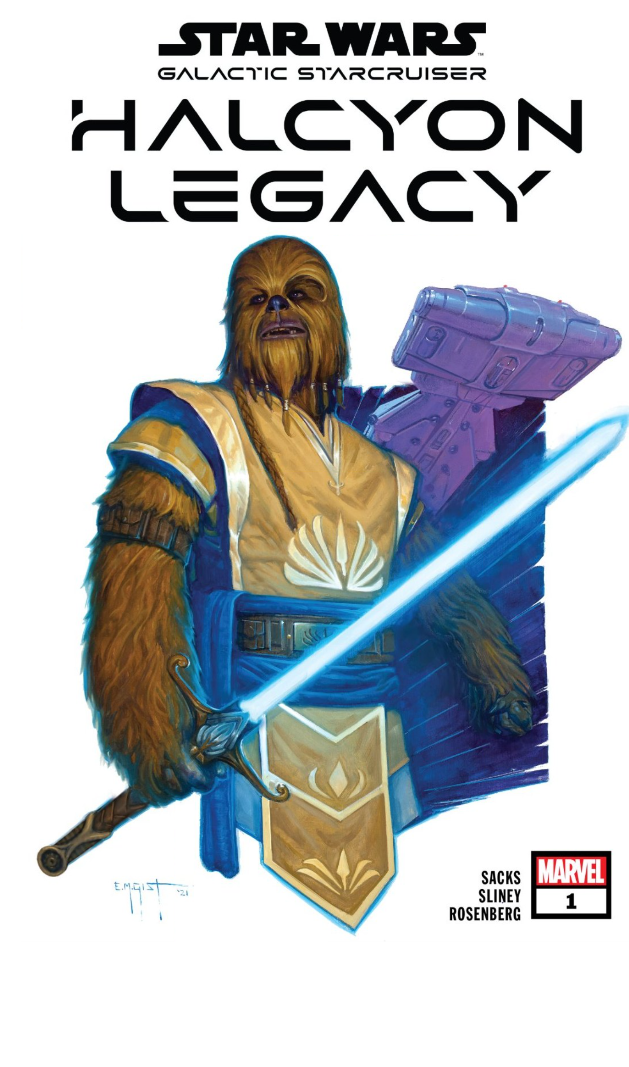 The issue introduces us to Tholothian Shorr Komrinn taking his granddaughter, Cimina, and other family members for a dream vacation aboard the Halcyon just a month before it makes its 275th career voyage. There is some disgruntlement between the family as they are venturing into territory the First Order recently terrorized. As the family boards we meet the logistic droid for the Halcyon, D3-O9. The excitement of Cimina was charming, as you can imagine any little kid will be the same once the Halcyon vacation is available. 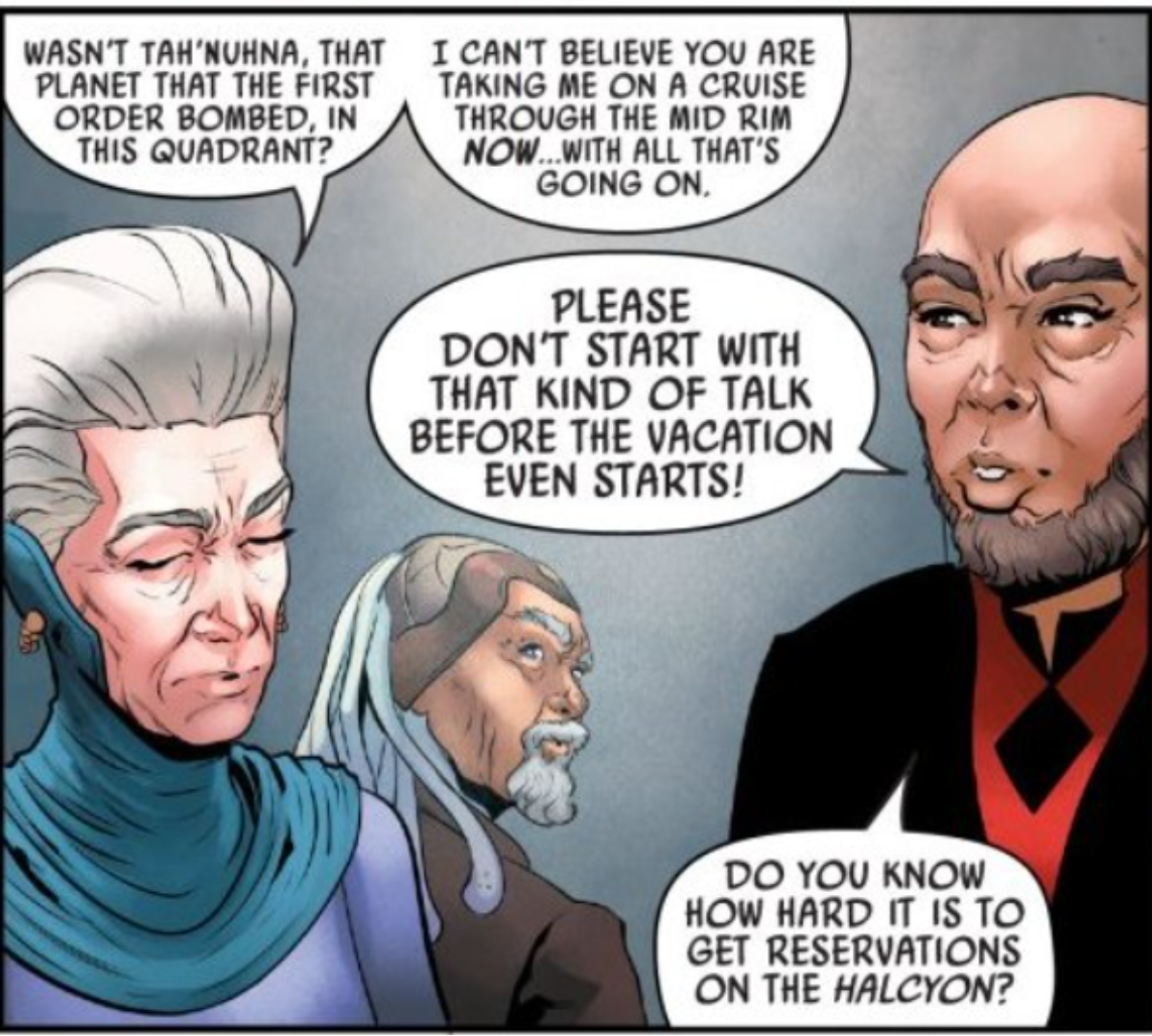 As they are getting settled in, the family realizes this vacation may not go as planned. As a ship wide alarm goes off, the bridge is hailed by pirates seeking a Resistance spy aboard. We have been told there will be dangerous surprises in store for those who venture out onto Disney’s new state of the art hotel, so while this normally might be a gripping part of the story, it feels yet again like a forced marketing play.

The Halcyon is a luxury starliner that is clearly no match for the giant pirate vessel. As young Cimina becomes worried about what might happen, D3-O9 attempts to ease the child’s concerns by sharing a story of one of the more dangerous voyages the Halcyon has survived. 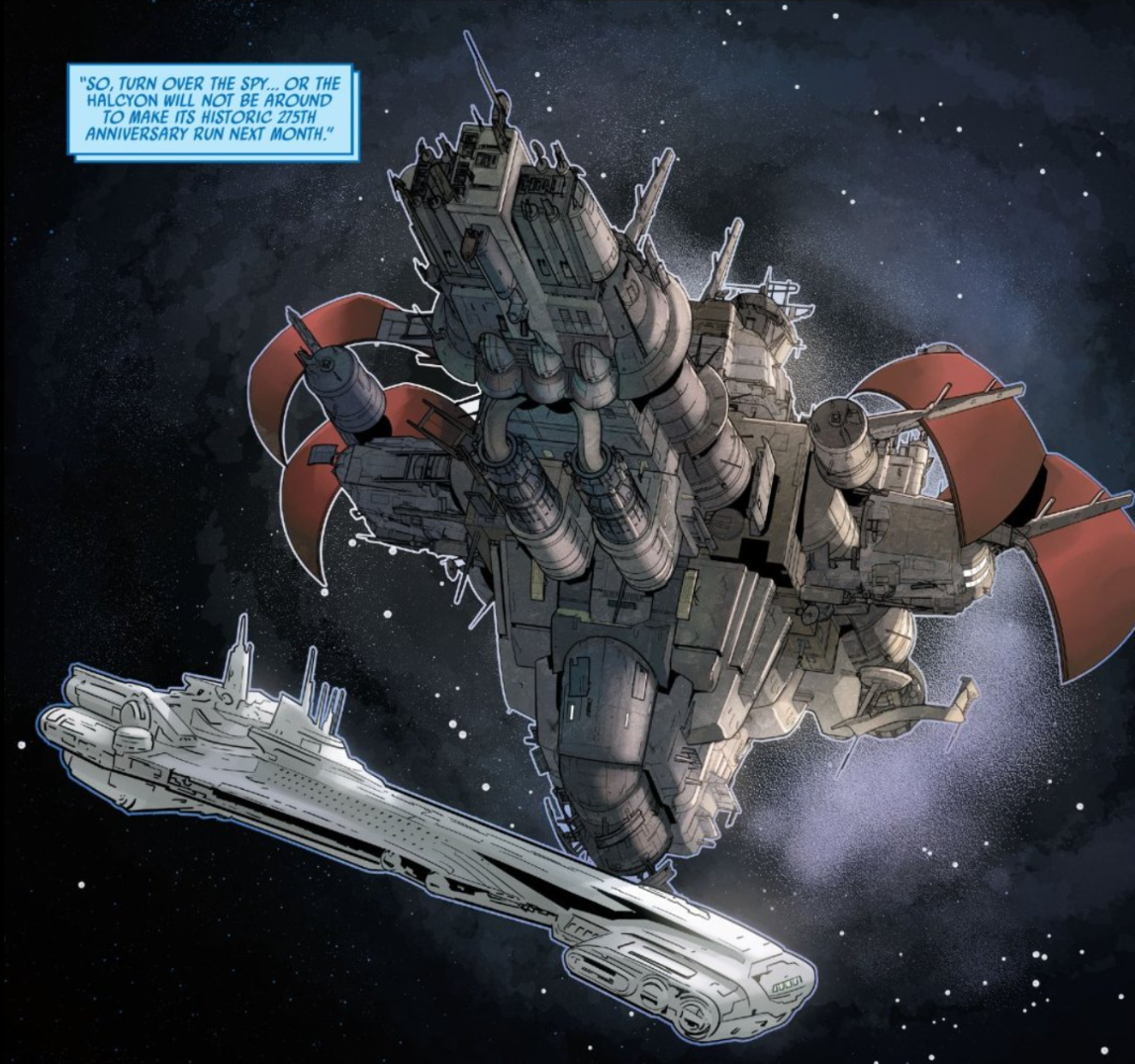 The story goes back a couple hundred years to one of my all-time favorite Padawans: Burryaga. He and his master, Nib Assek, are meditating aboard the Halcyon, and soon they feel a disturbance in the Force. As the two discuss the current situation with the ship’s captain, none other than the dreaded Nihil appear out of nowhere — Midnight Horizon fans will be happy due to a brief image of Shug Drabor, the engineer of the Halcyon. 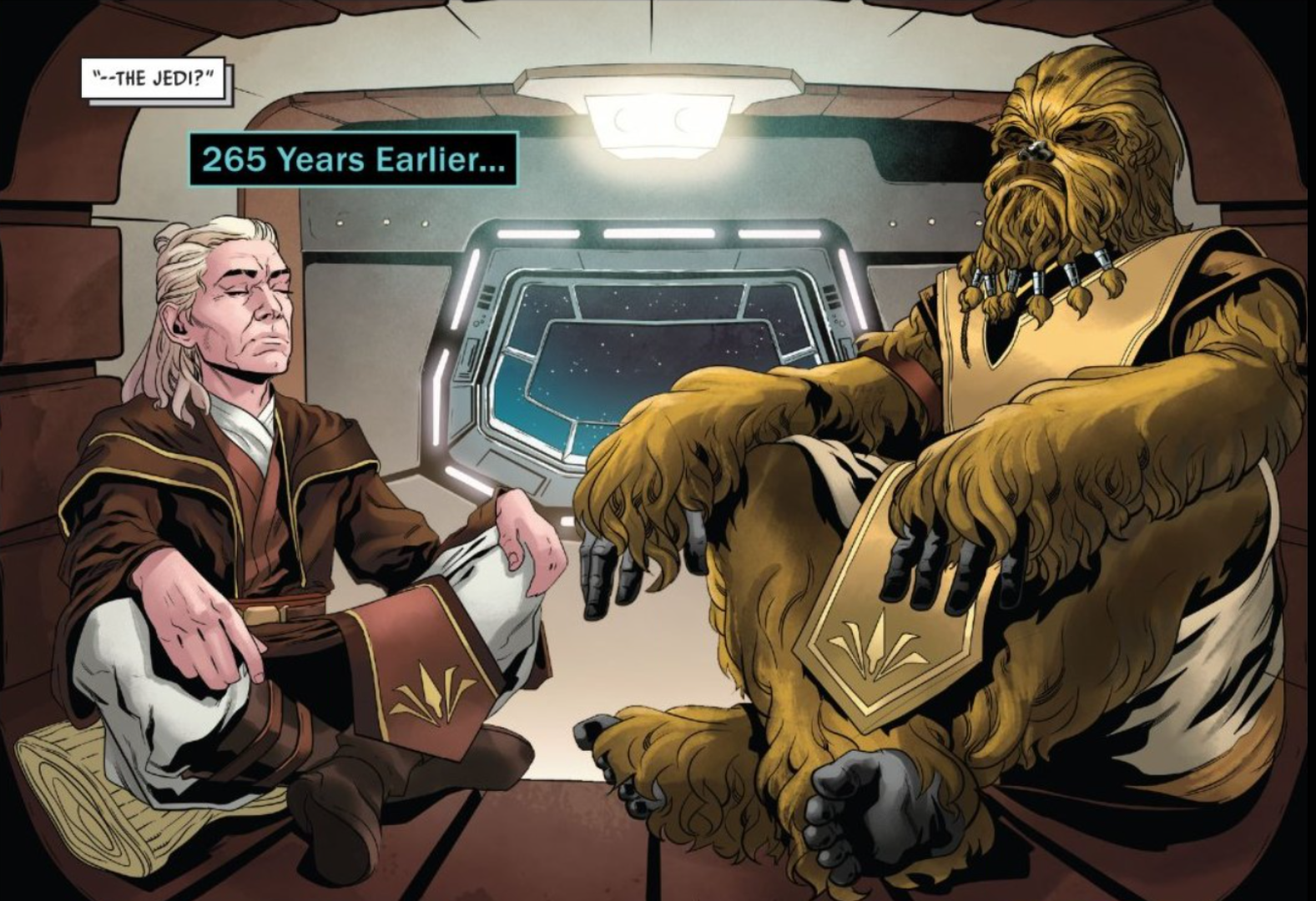 The Jedi know the only chance of survival against the impending Nihil attack is making contact with the Jedi at Starlight Beacon. With communications being jammed, we are treated to an alternative form of communication as Nib and Burry attempt to commune with them through the Force. This is a wonderful moment in which we see master and apprentice joining together in a beautiful way.

Led by Tempest runner Zeetar, the Nihil attack is swift and vicious. Master Assek is handling the troops aboard the ship while Burry courageously boards his Vector to defend from space. The Jedi Vectors rival my love for the Naboo Starfighter as my favorite ship in Star Wars. If you aren’t familiar with the inner workings of the Vectors and you enjoy nerding out about Star Wars ships, you should dive in. 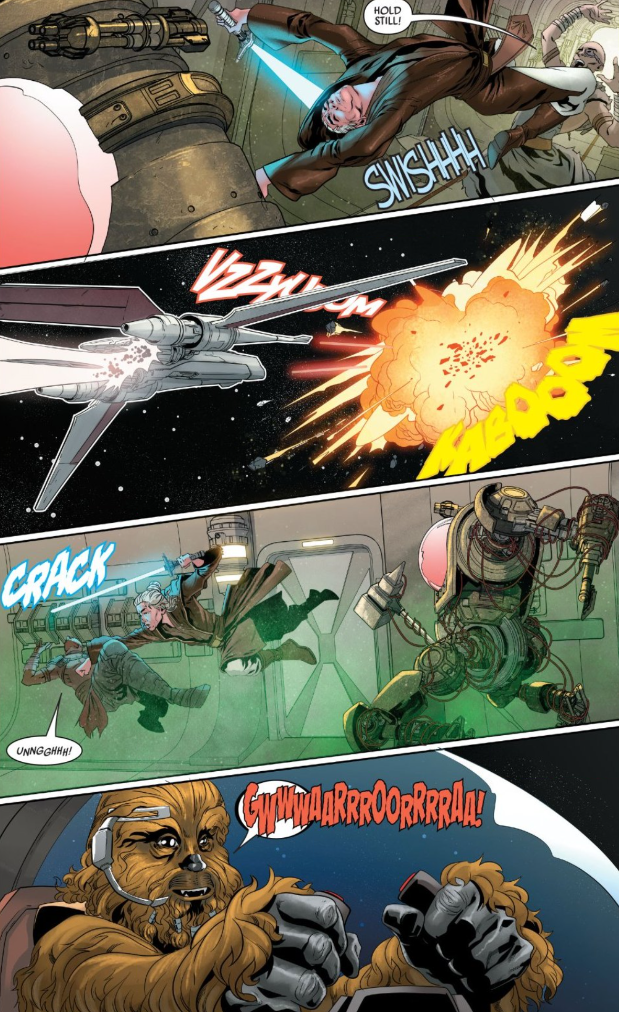 Ultimately, Assek and Burry are overwhelmed by the Nihil forces, but just in the nick of time Master Assek is saved by the crew of the Halcyon, and Burry is saved by Stellan Gios and other fellow Jedi who heard his call for help. 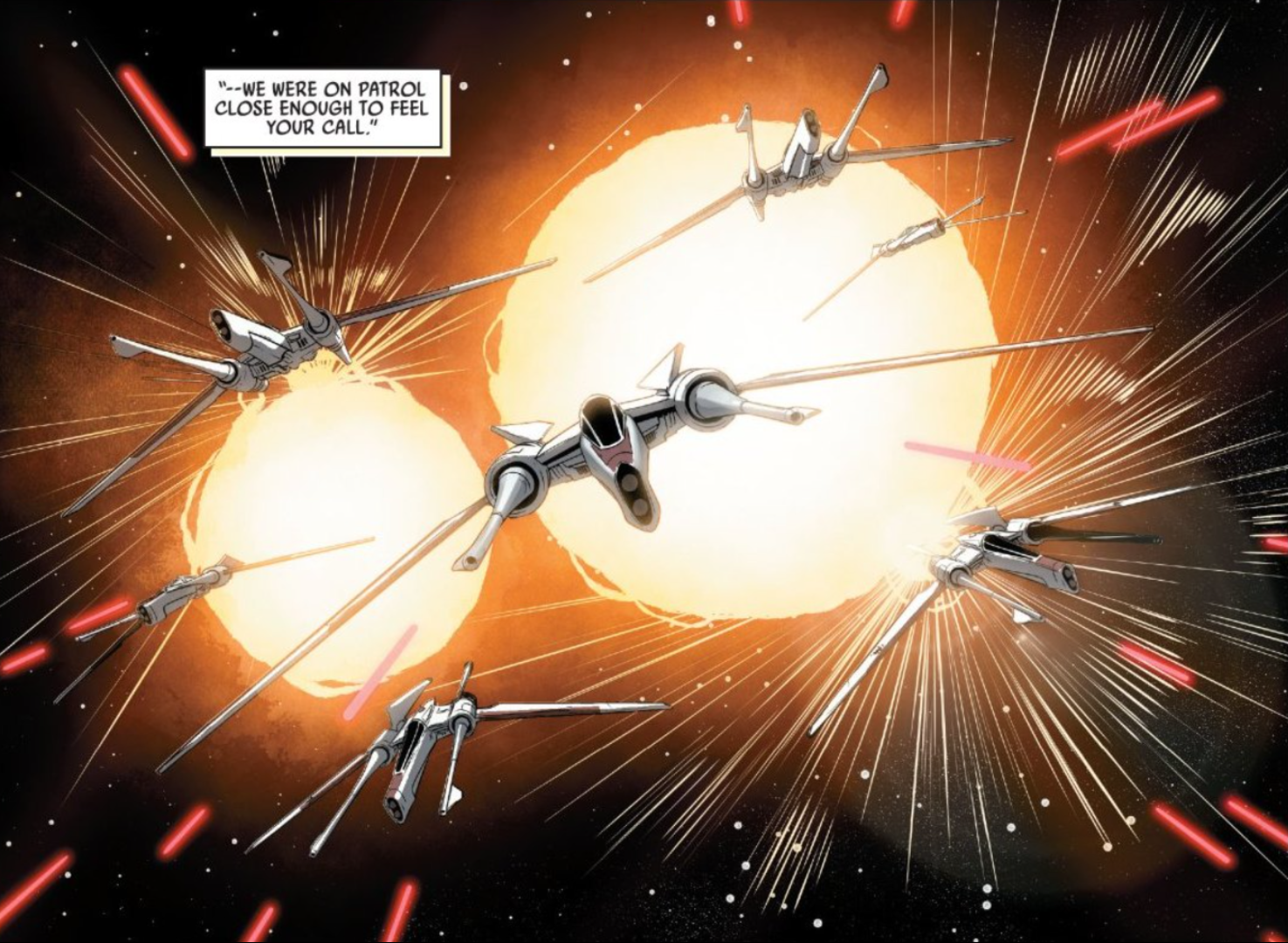 To conclude our story, we return to the present-day timeline, where the crew of the Halcyon are reluctant to communicate any further with the pirates and even more hesitant to weed out a Resistance spy. Not taking lightly to being ignored, our parting image is of young Cimina fearfully watching the pirate ship prepare to open fire.

It’s difficult for me to discount any story involving Burryaga, but I came close to it with this issue. The narrative felt forced and unimaginative, as the story with the Nihil was one we are all familiar with. Perhaps if Lourna Dee was the Tempest Runner leading the attack, I would have been a bit more intrigued; I’ve never felt any particular reason to take Zeetar seriously. Again, if I had no knowledge of the Halcyon vacation Disney is promoting, I might have enjoyed this story from Ethan Sacks a bit more. Burry alone drove the rating score up by half a point. 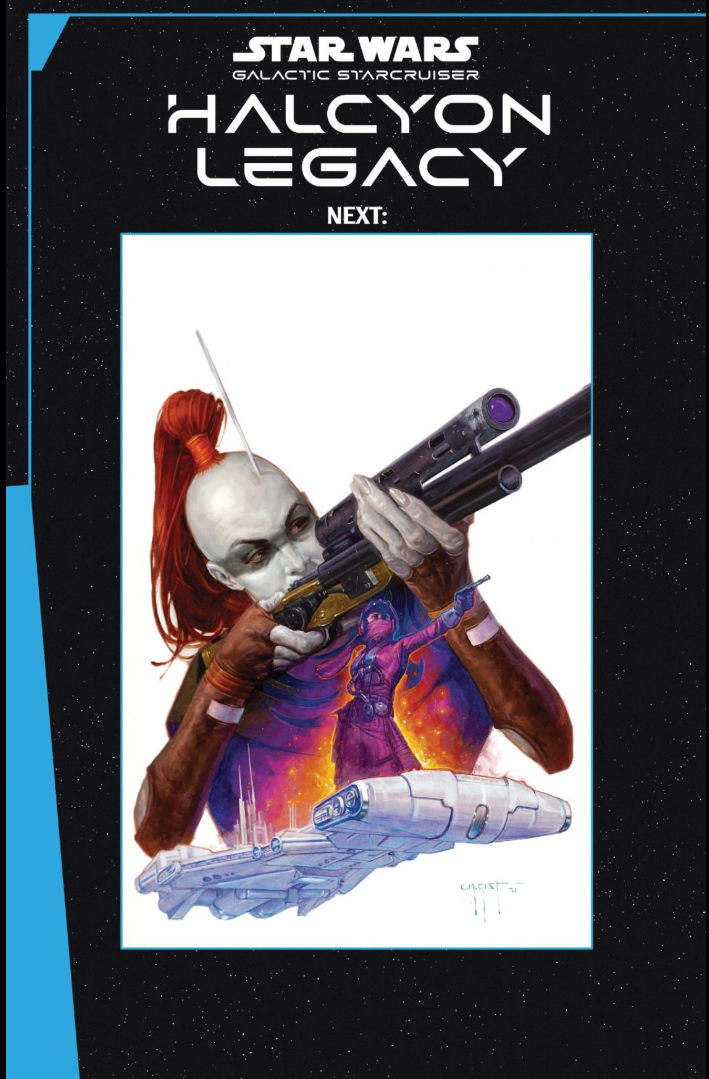 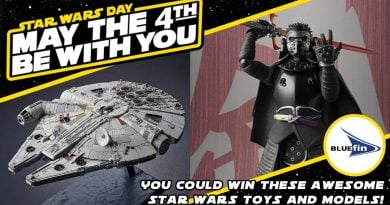 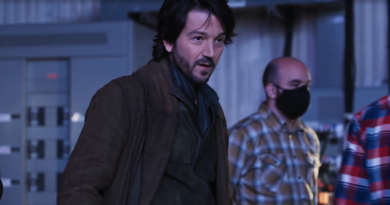 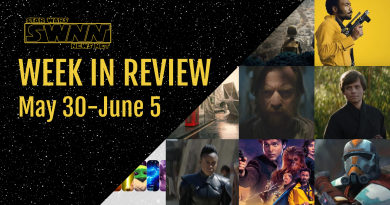